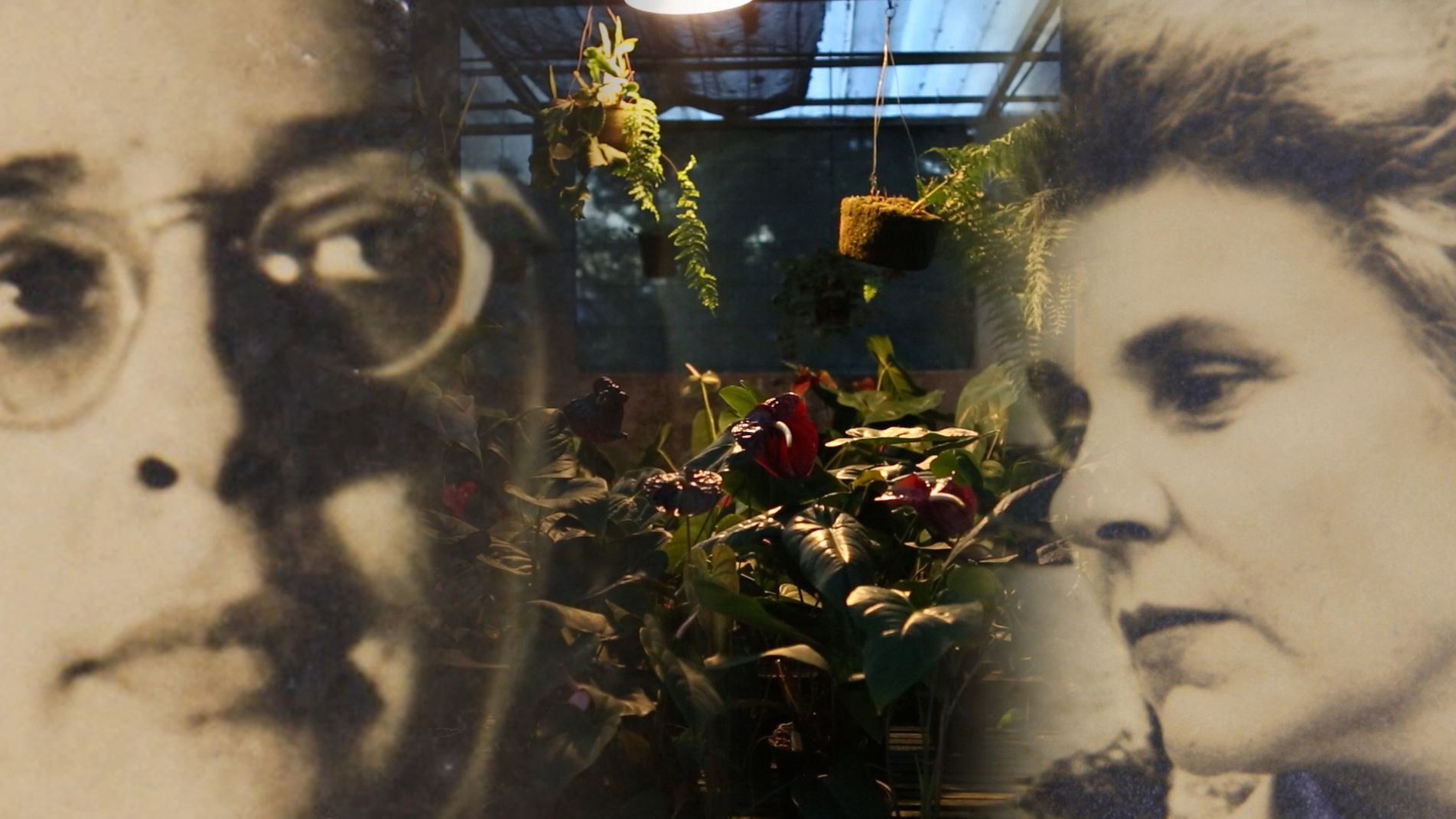 Barbara Hammer’s Welcome to This House is part essay film, part historical documentary, less dutifully explaining the life of American poet Elizabeth Bishop than finding an audio-visual means to elucidate the inscription on Bishop’s headstone: “All the untidy activity continues, awful but cheerful.” Hammer never makes this statement explicitly, but it manifests throughout via luminous formal treatment of Bishop’s poetry and biography, juxtaposing the sounds of buzzing bees and guttural chants with the hum of Bishop’s life, charting her days as a student at Vassar College, a long stint living in Brazil, and finally a period teaching at Harvard before her death in 1979. The film speculates on Bishop’s personal life frequently and, at its most superficial, seems as interested in who Bishop was sleeping with as examining the breadth of her work. Nevertheless, Hammer charts Bishop’s entire life, starting with a sequence of childhood photos that dissolve into one another and subsequently offering collages of photographs against natural backgrounds, the composition perhaps more communicative than the images themselves.

The tribulations within Welcome to This House reside in the details of Bishop’s life, with regard to her mother and troubles with subsequent friends/partners, hitting a low point when her suspected lover commits suicide while living in Ouro Preto. The range of insights stem from scholars to close friends, giving a perceptive mix of academic and more personal accounts that consistently focus on why Bishop was, and remains, so esteemed. From developing the literary newspaper Con Spirito in the early 1930s to receiving the Neustadt International Prize for Literature in 1976 following the recommendation of Josh Ashbery and Marie-Claire Blais, Bishop achieved public prominence, but Hammer is equally interested in the private textures that many of her literary peers can only speculate on. That’s especially the case of the film’s middle section, which explains Bishop’s nearly two decades living in Brazil as frequently troubled, such that she would routinely drink herself into unconsciousness in order to fall asleep each night. In these explanations, biographical interest slips into cultish devotion, as Hammer even integrates accounts from Bishop’s friends who explain the kinds of furniture she had in her home and the unusual way she cooked meals, “neither sweet nor savory.”

If these specifics play as footnotes rather than proper text, Hammer is careful to keep the film’s focus primarily on a sensorial experience of Bishop’s work and chosen habitat, which at its best becomes a polymorphous evocation of the sonorous affects permeating Bishop’s physical and psychological milieu. A particularly notable example comes through a sequence of superimpositions, with rainstorms, trees, and power lines dissolving into one another, as Bishop’s poetry speaks of the convergence between nature and electricity. Although slightly on the nose, the aesthetic effect of these passages is difficult to immediately surmise, further complicated by the screeching music and drums that accompany it. Moreover, the film’s final third, which chronicles her final years at Harvard, takes an upbeat turn that reveals Bishop’s sense of humor, as she allegedly remarked, upon arriving to Cambridge, that “there are a lot of closets around here.” Bishop’s lesbianism apparently remained closeted except to “people who knew her,” though colleagues attest that “Harvard knew.” Hammer’s focus on Bishop’s private life plays like a good faith desire to more fully examine the poet and simply to not churn the rumor mill, but Ashbery claiming that Bishop once asked him if he knew “how to roll a joint” comes pretty close. If Welcome to This House isn’t quite dynamic in its revelations, it’s considerably more so in its challengingly essayistic presentation.