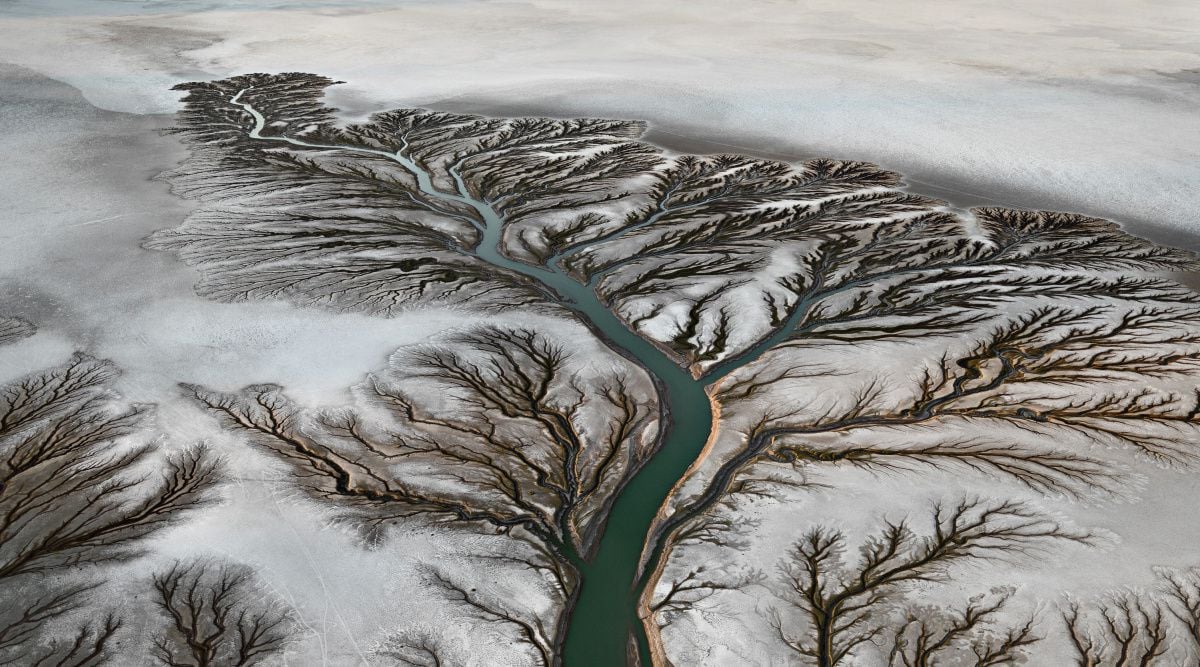 After 2006’s Manufactured Landscapes, Jennifer Baichwal has again collaborated with photographer Edward Burtynsky for another immersive visual experience-cum-activist documentary. The overarching subject matter of Watermark is, as its title suggests, water—specifically, how much of this essential natural resource we’re using and losing every day. But instead of the conventional talking-heads-with-illustrated-graphics approach of Jessica Yu’s similarly themed Last Call at the Oasis, the filmmakers use this very real environmental concern as the springboard for a wide-ranging meditation on the importance of water in our lives.

Despite the on-screen presence of scientists among the filmmakers’ interview subjects, the film’s perspective is fixated on human and environmental issues that can’t be dictated by mere facts and figures. This larger perspective manifests itself in ways both structural and visual, and the film’s opening two shots encapsulate its dialectical structure: a full-blast slow-motion image of a great wall of water bursting forth from a Chinese dam immediately followed by a silent shot of the remnants of the dried-up Colorado River. The rest of the film revels in such extremes, with the juxtaposition of sequences from different parts of the world suggesting connections and contrasts among differing environments and cultures in relation to how water is treated, whether for practical use in daily life or for symbolic reasons in religious contexts. By keeping explanatory talking-heads interviews to a minimum, the filmmakers put their trust in the audience to draw their own conclusions based on what they present to us; they’re less interested in offering concrete solutions to the world’s water-shortage problem than in simply evoking troubling questions of whether we’re ensuring our destruction as a species with the amount of water we use every day.

There are times where the filmmakers’ visually dazzling, aesthetically minded approach distracts from the doc’s more prosaic informational intentions. And as intellectually stimulating as the film’s intuitive structure is in the moment, the end result is a bit too muddled in its conclusions to be as completely revelatory as the directors intend. But the emphasis on images to do most of the doc’s heavy thematic lifting does yield some startling insights. Watermark’s most prominent visual motif—one inspired by Burtynsky’s own approach to capturing landscapes in his still photographs—is its reliance on extreme wide overhead shots of environments, whether barren, water-filled, or otherwise. Sometimes human figures enter into these landscapes, usually reduced to specks within a vast panorama. Such shots suggest that Baichwal and Burtynsky aren’t simply interested in addressing specific issues of water consumption, but also in instilling in viewers a sense of perspective regarding our relatively insignificant place in the wider world, and thus a more intensified awareness of how our everyday actions impact the environment at large.