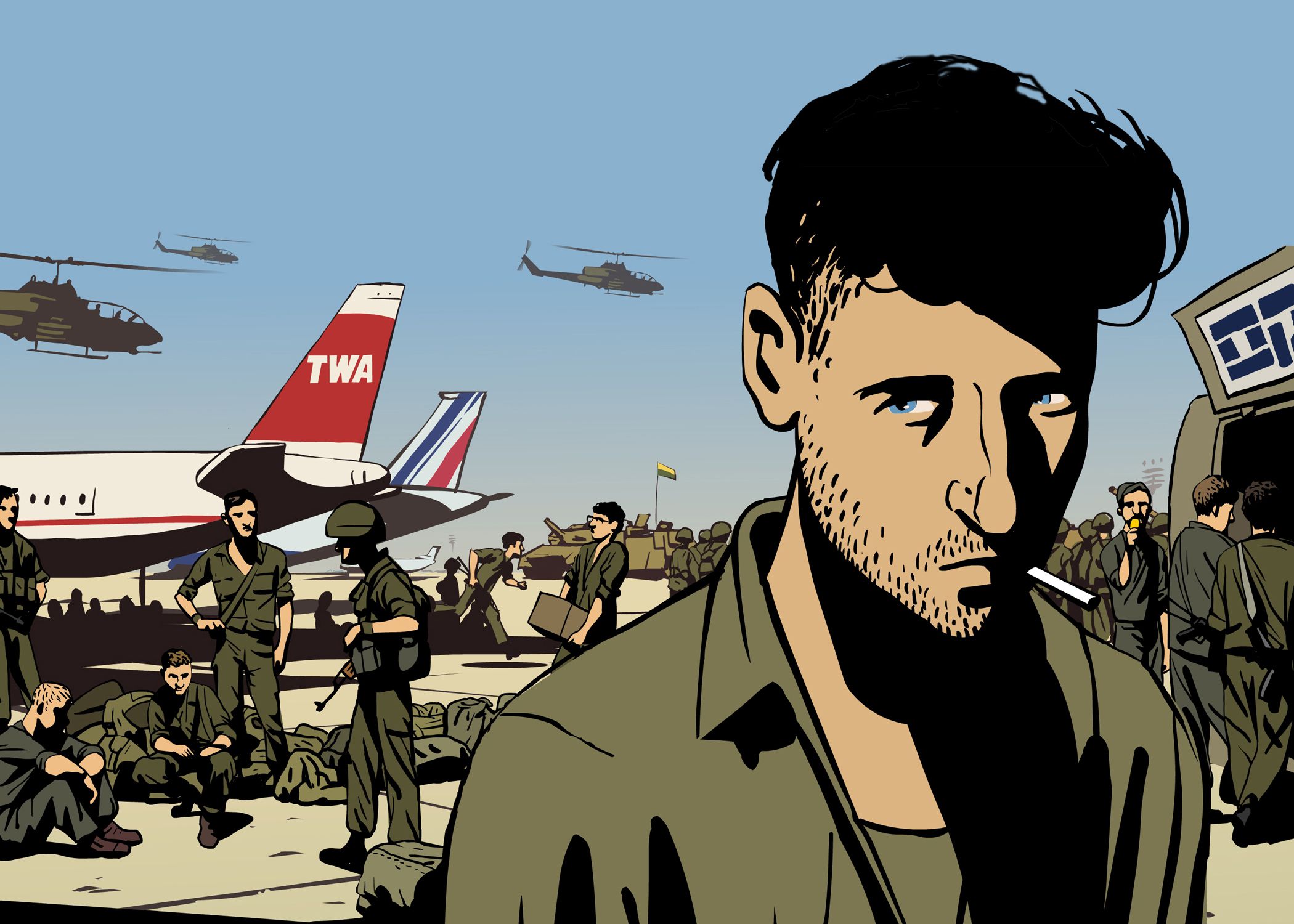 After listening to an army friend describe a recurring nightmare, Ari Folman realized that he couldn’t remember anything about his military service during the 1982 Lebanon War. This instigated a quest for memory recovery that’s depicted in Waltz with Bashir through animated recreations of real-life events, dreams, and interviews.

Folman’s chosen mode of presentation affords him an arresting, uninhibited style with which to transpose to the screen his own fragmented memories as well as those of the friends and former comrades with whom he chats. Blending flash animation and two- and three-dimensional CG work, these sequences boast a striking visual approach that lends the action a dreadful, surreal beauty. Yet more than simply affording him a way to evocatively recount his story, Folman’s animation serves as a distancing device akin to the way that Folman’s mind used concealment to shield him from horrific traumas, a canny marriage of thematic and aesthetic concerns that nonetheless can’t cover up the unsubtle redundancy of his story.

Folman practically nullifies our active engagement with his on-screen proxy protagonist by segueing back and forth between others’ recollections. Such diversions, however, make strategic sense in light of the fact that Folman’s own story is predictably telegraphed from the outset, with it tediously clear that what he’s suppressed is involvement (of a sort) in the massacres of Muslims at Sabra and Shatila perpetrated by Israeli-supported Christian Lebanese militants shortly after the assassination of president-elect Bashir Gemayel.

The way that the human psyche denies, mutates, and embellishes as a means of coping with extremity—and guilt, even of merely abetting—is a topic the director intimately understands, but Waltz with Bashir makes its point early on and then restates it repeatedly, and, when the action shifts to back-and-forth chats between Folman and pals, quite drearily. While sights such as Folman and two other soldiers rising from the water at night as flares fall around them have a trancelike loveliness, their ability to convey Folman’s detachment from wartime horrors is ultimately too successful, creating a sense of remoteness that’s both enervating and schematic, if structurally logical, final cut to live-action footage of the massacre’s aftermath.