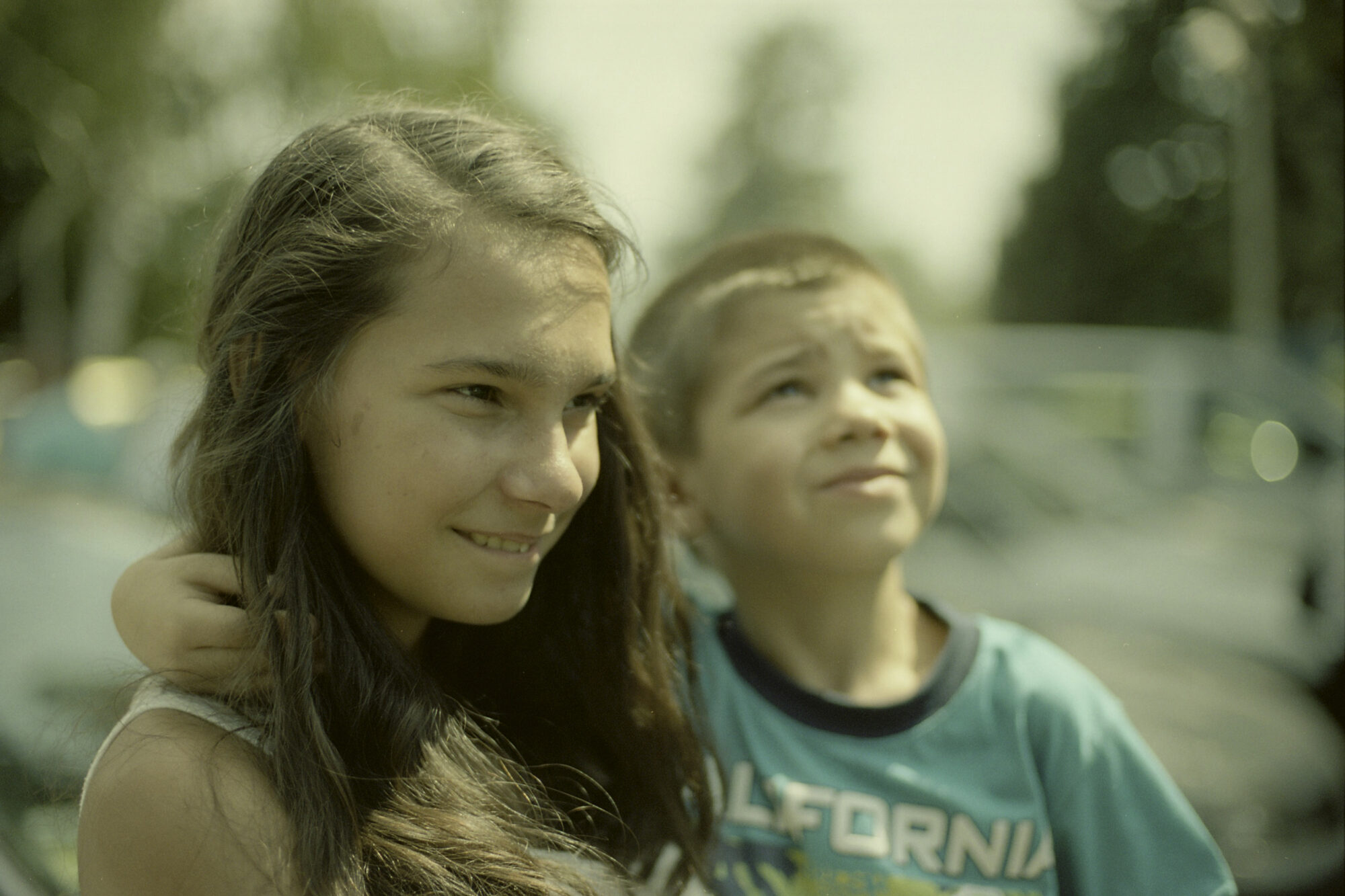 Effusing poignancy with a non-invasive vérité that simply witnesses life as it transpires, the Romanian documentary Waiting for August eschews talking heads and explanatory narrative voiceovers, dropping us directly into a cramped Bachu apartment inhabited by a family of seven whose mother, Liliana, has gone to Italy for work. As the film opens, the youngest children take turns badgering Mom by phone for presents. Fifteen-year-old Georgiana, meanwhile, stands at the kitchen counter, slicing vegetables, making dinner, indifferent to the excitement of potential gifts. It’s a visual clue to her role as prime caretaker, explanation by observation, illustrative of the film’s in-the-room realism. And Waiting for August reveals itself as less about her family’s struggle than Georgiana fitfully fluctuating between adult responsibilities and youthful longing. Attending a local carnival, she enthusiastically eyes a stomach-churning ride, yet still asks a friend to join her, demonstrating both the mettle that stems from her accelerated maturity and a thirst for peer approval. And even if she occasionally devolves into tears over the phone with her mother, such as when her high school placement test doesn’t go as well as expected, she never shows it in front of her charges. Aside from small sibling squabbles, the film has little in the way of true narrative tension. Yet this distinct lack of domestic drama is precisely what makes it so gratifying as a portrait of a family averting turmoil in spite of challenging circumstances. When a nun threatens to report this motherless family to social services, we laugh, like Georgiana, not from a mean place, but because we know their situation is far from peril. The film’s title is taken from the month in which Liliana will finally return, though her eventual arrival, tellingly, feels like an anticlimax. Georgiana, after all, was doing fine on her own.