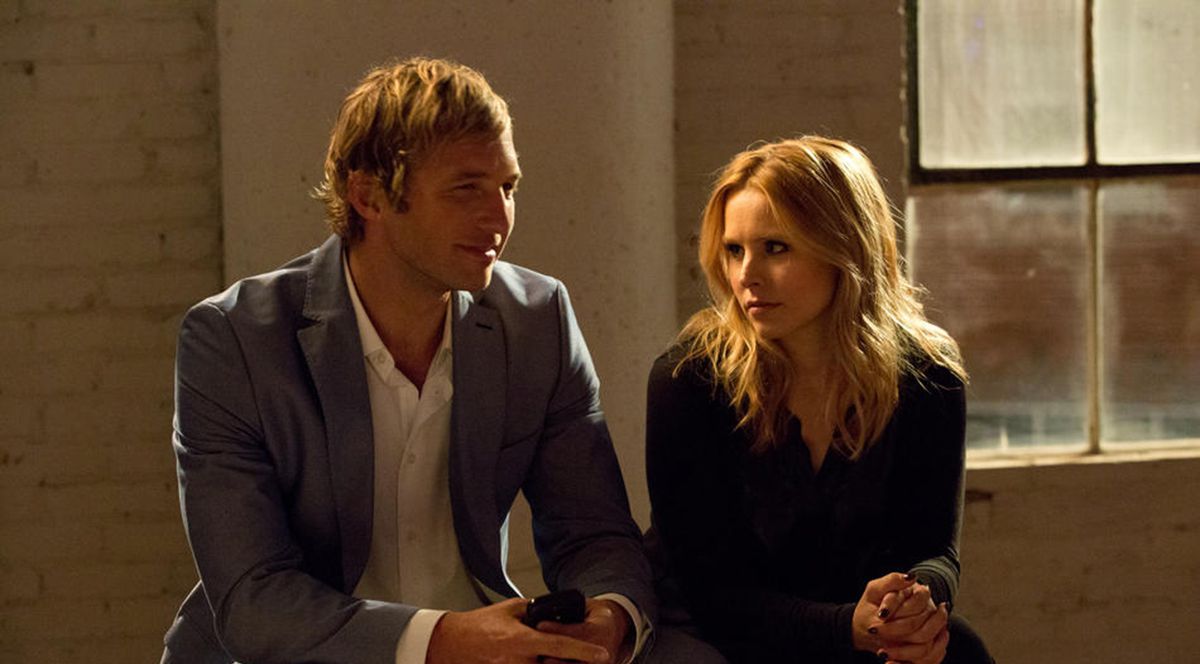 Canceled after three seasons back in 2007, Veronica Mars was, creatively speaking, an unlikely success story. Creator Rob Thomas took historically lightweight storytelling tropes, like a teenaged detective protagonist and high school intrigue, and transplanted them into a corrupt, distinctly Lynchian small-town setting with myriad class and racial conflicts festering under its sun-dappled surface. The result was, initially, an uneasy balance of disparate tones, but the game cast and sharp writing quickly turned it into one of the most distinctive shows on television.

Now, the long-awaited film adaptation—made possible by a historic $5.7 million Kickstarter campaign—arrives with considerable baggage, weighed down by the collective hopes of the dedicated fanbase that willed it into existence. The potential ramifications for studio business models aside, the project’s unconventional genesis could have had a detrimental effect on its artistic integrity. When so many people have a personal stake in your project, it’s tempting to stray into the creative minefield of fan service for its own sake. Thankfully, Thomas stays clear of that pitfall. For all its references to the show’s history, the film never panders. It’s an evolution of the core concept as opposed to a nostalgia-tinged reproduction, and is all the better for it.

A busy opening sequence provides context for newcomers while summarizing Veronica’s (Kristen Bell) activities since the events of the show. Having just finished law school, she’s living in New York with milquetoast boyfriend Stosh “Piz” Piznarski (Chris Lowell) and about to bag a position at a prestigious law firm. When news arrives that volatile former flame Logan Echolls (Jason Dohring) is a suspect in the killing of his pop-star girlfriend, she rushes home to Neptune, eager to set things straight. The murder mystery is actually the film’s most disposable component, engaging enough while it lasts, but ultimately forgettable. As with the show, the film’s strengths are tied to the characters, their relationships and interactions, and their respective roles in the vividly realized culture of Neptune. The old dynamics are quickly rekindled and the crisp, witty dialogue flies back and forth with abandon. Nearly every major character from the show is worked into the story with minimal contrivance, including Veronica’s father, Keith (Enrico Colantoni), whose relationship to his daughter is one of the most affecting depictions of the parent-child bond—a fine-tuned balance of mutual respect, adoration, and protectiveness—that television and, now, the movies have ever seen.

While the interpersonal dynamics are undoubtedly familiar, Thomas never loses sight of the fact that his characters are now adults. The youthful energy is undercut by a new sense of gravitas, born of age and experience. The central mystery becomes an excuse to engage deeply with the characters’ ambitions and motivations, to wrestle with Veronica’s troubling predilection for endangering stable relationships and career prospects to investigate murders with her rage-filled ex-boyfriend. On the show, the concept of a teenaged private eye was never just a cute gimmick; there were attempts to address the knotty question of why a relatively sheltered and much-loved young woman would keep throwing herself into life-threatening situations. Here, Veronica’s self-destructiveness is front and center, its inherent misguidedness articulated frequently by her father and manifested often in the (sometimes shocking) ways in which she endangers herself and those around her by callously provoking violence and legal repercussions from multiple quarters.

The rudimentary visual standards of the series have been upgraded for the big screen, the tony, neo-noir aesthetic adding sensuous dimension to hitherto thematic darkness. That said, this is a movie that works best for the previously initiated. Most of the character beats and dramatic flourishes would be less impactful divorced from three seasons of history. Only an aficionado would grasp the import of, say, the smoldering gazes exchanged by Veronica and the broken, lovelorn Logan (springboard for a decade of fan fiction), the ongoing jokes about the high mortality rate of Neptune High graduates or the history behind the class warfare that bubbles over behind the murder plot. Veronica Mars is everything its devoted angel investors could have hoped for—a return to the qualities that made its television incarnation so compulsively watchable, but with added depth and scale to keep it from feeling like a drawn-out episode of the series.

Review: The Right Kind of Wrong