What very good company Robert Redford keeps indeed. The 76-year-old stuffs more left-leaning talent into this man-on-the-run thriller than President Obama could fit on stage at a Democratic rally. Here’s a rundown of the embarrassment of acting riches cameoing as former anti-Vietnam militants: Julie Christie, Susan Sarandon, Nick Nolte, Richard Jenkins, Stephen Root, and Brendan Gleeson. The Company You Keep certainly needs the star wattage to help it sparkle, as there isn’t much in the way of invention when it comes to its workmanlike direction, which leans too much on a typically stellar synth score by Cliff Martinez.

Redford plays Jim Grant, an upstanding civil rights lawyer who’s recently become a widower and is bringing up his young daughter. But there’s no time to observe how he’s coping as a single dad. A two-bit reporter, Ben Shepard (Shia LaBeouf), from a local rag has uncovered that Jim is actually Nick Sloan, a key member of the Weatherman Underground, a radical leftwing movement of the ’60s and ’70s, who’s been on the F.B.I.’s most-wanted list since the murder of a security guard during a botch bank robbery in 1971. Nick’s comrade, Sharon (Sarandon), is already in the custody of F.B.I. Agent Cornelius (Terrence Howard), who’s heading up the manhunt, but is unwilling to talk. It’s an intriguing setup that could have made for some interesting twists and turns if Redford and screenwriter Lem Dobbs (The Limey, Dark City) weren’t so quick to reassure the audience that Nick is no killer. It’s a move that makes this liberal actor/director look oh so conservative. Early in the film, Nick’s daughter asks him point blank, “Did you kill that man?” “Of course not,” he replies incredulously. Mr. Sundance doesn’t do shades of gray, as his golden locks testify.

The film opens with a montage of grainy early-’70s news footage, but any warm feeling toward the counterculture is tainted by an air of smugness, like tear gas wafting through a peace rally. While on the run, Nick stops in on Jed (Jenkins), a fellow ’60s radical who’s now a college professor teaching classes on Frantz Fanon, in order to get some information that will help clear his name, but these baby boomers seem more interested in having potshots at Generation Y. “They listen and clap, and then they update their Facebook pages,” says Jed when Nick asked about his students’ political convictions—a slap in the face to any young protester currently occupying Wall Street. There’s something hypocritical, too, about the way Mimi (Christie), Nick’s former lover, and for whom he took the fall back in ’71, has a pop at capitalists when she seems to be doing pretty nicely for herself selling bricks of weed smuggled into the States on her luxury yacht. Even the film’s title sounds like a lecture.

It’s left to Sarandon to add both steel and emotion to the proceedings. When Shepard asks her if she regrets her terrorist past she fires back, she says, “We made mistakes, but we were right.” Her electric face-off with LaBeouf’s shallow reporter recalls similar questions of culpability in 1988’s Running on Empty: Can antiwar terrorism ever be justified if it prevents imperialist genocide? The Company You Keep isn’t interested in any of the complex ideas at play in Sidney Lumet’s masterful drama, although, coincidently, its title makes for a pithy review of Redford’s effort. 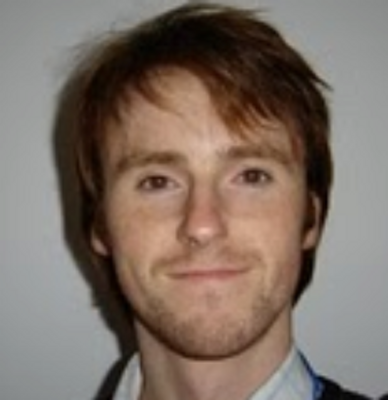 Jamie Dunn is the film editor at The Skinny, Scotland’s largest arts and culture magazine. He is currently based in Edinburgh.

On the Rise: Brit Marling