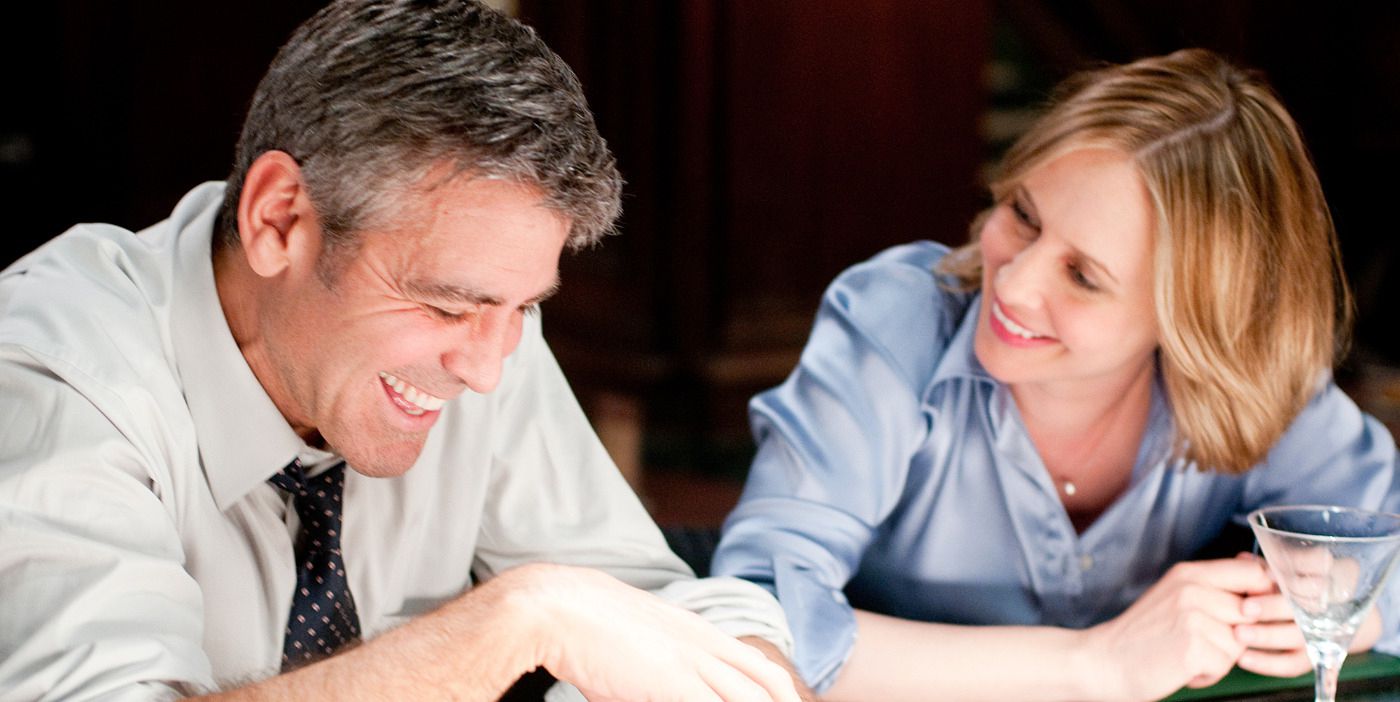 George Clooney’s screen persona—a combination of flippant huckster, self-conscious activist, and retro hepcat—could be the subject for a fascinating study, but not if he keeps picking safe, middlebrow fare like Up in the Air. In Jason Reitman’s glib rom-com-with-a-message, Clooney stars as Ryan Bingham, a devout bachelor and Golden Club jetsetting pasha who makes a living bringing bad news to downsized corporate employees and delivering relationship-whittling motivational speeches. The country’s crumbling economy ensures that he never lacks work (or frequent-flyer privileges), yet his hatchet-man gigs also bring him a wakeup call in the form of two women he meets in his cross-country trips: Natalie (Anna Kendrick), an avid young apprentice who dutifully slides from sparring partner to surrogate daughter, and Alex (Vera Farmiga), the sultry fuck buddy who casually presents herself as his female equivalent (“Think of me as yourself with a vagina”).

Stirred by paternal feelings and given a taste of his own commitment-phobic medicine, Ryan starts to feel cracks opening in his self-described “road warrior” façade. As in The Informant!, endless business flights here become literally floating metaphors for the protagonist’s disconnection and ultimate self-delusion. Also like Soderbergh’s film, it’s a star’s vanity vehicle masquerading as a searching project. As he grows older, Clooney seems to allow traces of anxiety to peek from behind his smirk, maybe even hints of William Holden-like bastardry to come. So far, however, his willingness to play successful men nauseated by their moral quandaries has been undercut by a weakness for cute playing and facile redemption, as if he were afraid that revealing the panic under his grizzled handsomeness might cost him his fanbase of swooning housewives.

It’s a weakness in synch with Reitman, who, after the slapdash cynicism of Thank You for Smoking and the alt-weekly snark of Juno, has settled for an anonymous sort of polish. Up in the Air isn’t without its behavioral charms, especially in the sexy, relaxed rapport struck between Clooney and a for-once-not-jittery Farmiga. It’s a smooth ride, which is precisely the problem in a film proposing to examine a hollow character’s malaise. Nobody gets offended, nothing gets questioned, the crowd goes home properly cheered. Expect a cartload of Oscars.

The Jester and the Jerk: Comic Reflexivity in Four Jerry Lewis Films