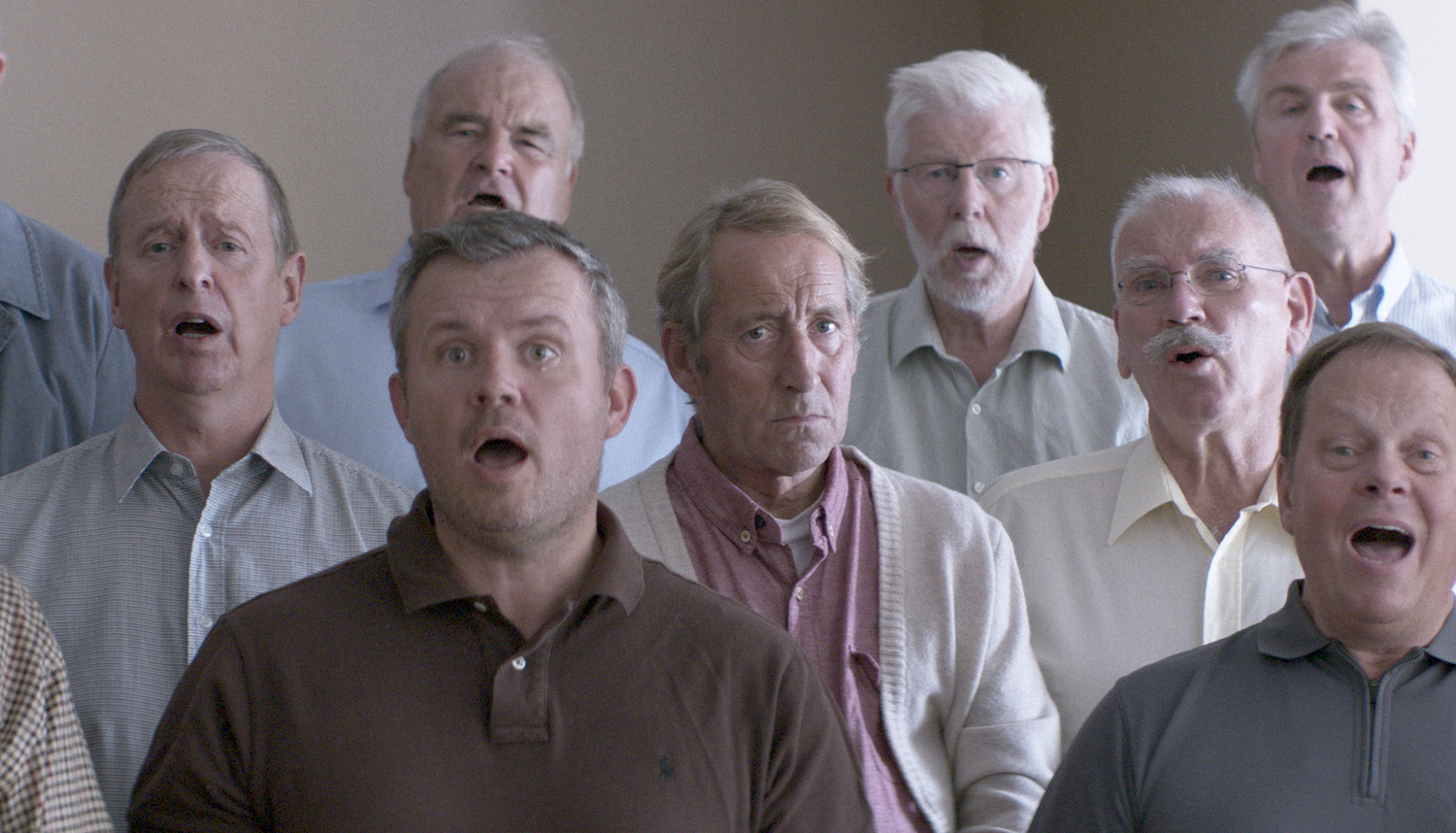 There’s a strange gratification in watching characters make the worst possible decisions and suffer correspondingly awful consequences, as one can savor rigid moralism while reveling in prurient nastiness—a contradiction, or hypocrisy, that carries a disreputable charge. Such biblically literal cause-and-effect narratives are often limited, however, by the strictness of their structures, which don’t allow for much emotional or formal spontaneity.

In Under the Tree, there are exactly two scenes in which characters enjoy a connection that’s unencumbered by the mechanics of the film’s cynicism. In one, a bored husband, Atli (Steinþór Hróar Steinþórsson), and an ex-girlfriend, Rakel (Dóra Jóhannsdóttir), watch a sex video they made together years ago. They’re watching the video because Atli’s wife, Agnes (Lára Jóhanna Jónsdóttir), caught Atli on the verge of masturbating to it and ratted him out in hopes of humiliating him. Agnes’s narrow, bitter aims are compromised when Atli and Rakel experience a warm and fleeting recollection of the time they had together. In the other moment, Atli and his father, Baldvin (Sigurður Sigurjónsson), camp out in Baldvin’s front yard, drinking bourbon as an all-too-brief refuge from the delusions of Atli’s mother and Baldvin’s wife, Inga (Edda Björgvinsdóttir), who’s stirring an increasingly cruel war with their neighbors, Konrad (Þorsteinn Bachmann) and Eybjorg (Selma Björnsdóttir).

Yet even these moments are strategically planted by co-writer-director Hafsteinn Gunnar Sigurðsson as a way of teasing the audience with a communion that isn’t ultimately attainable. Such scenes also reaffirm Sigurðsson’s point via contrast, illustrating that violence can be averted if people put their insecurities aside and enjoy a palaver. Inga’s incapable of such empathy—as she’s eaten up with the mysterious death of Atli’s brother, resentful of Eybjorg’s attractiveness, and potentially succumbing to insanity—and Agnes proves similarly resolute until the film’s climax. A house meeting between Agnes, Atli, and their neighbors further underscores the film’s theme: If only the protagonists could be as carefree, secure, and open as the couple who annoys everyone with their loud and vigorous lovemaking.

Sigurðsson’s message of tolerance is a crock, of course—a pretense for stoking and gratifying our expectations of the worst that can possibly happen to these miserable characters. Under the Tree boasts the lurid determinism of many acclaimed European films that spit-shine genre-film tropes with chilly compositions and fashionable hopelessness. We’re primed to scrutinize these characters as one might model cavemen in a museum exhibit—a metaphor that The Square utilized with insincere irony—pondering their primitive brutality and celebrating our own refinement by contrast. American counterparts in this deterministic genre, such as Very Bad Things, are often more straightforward in their fetishism and are subsequently less celebrated.

For all of Sigurðsson’s theoretical interest in empathy, he’s awfully hard on his female characters, mostly Inga and Agnes, who, despite their vulnerability, are seen as shrews exerting their will almost randomly on their hapless men. Inga is particularly insufferable, and she commits an act that’s unforgivably monstrous and spiteful—harder to forgive, in fact, than the murders that are eventually committed by the men, who’re understood to be merely reacting to the machinations of their women. In such a deterministic structure, Sigurðsson reveals God to be Woman, then, though it’s hardly a compliment. Sigurðsson mines a very real strain of male suburban resentment, though he’s less interested in examining this emotion than indulging it.

Review: Two Plains & a Fancy Mysteriously Roots Itself in Language and Landscape