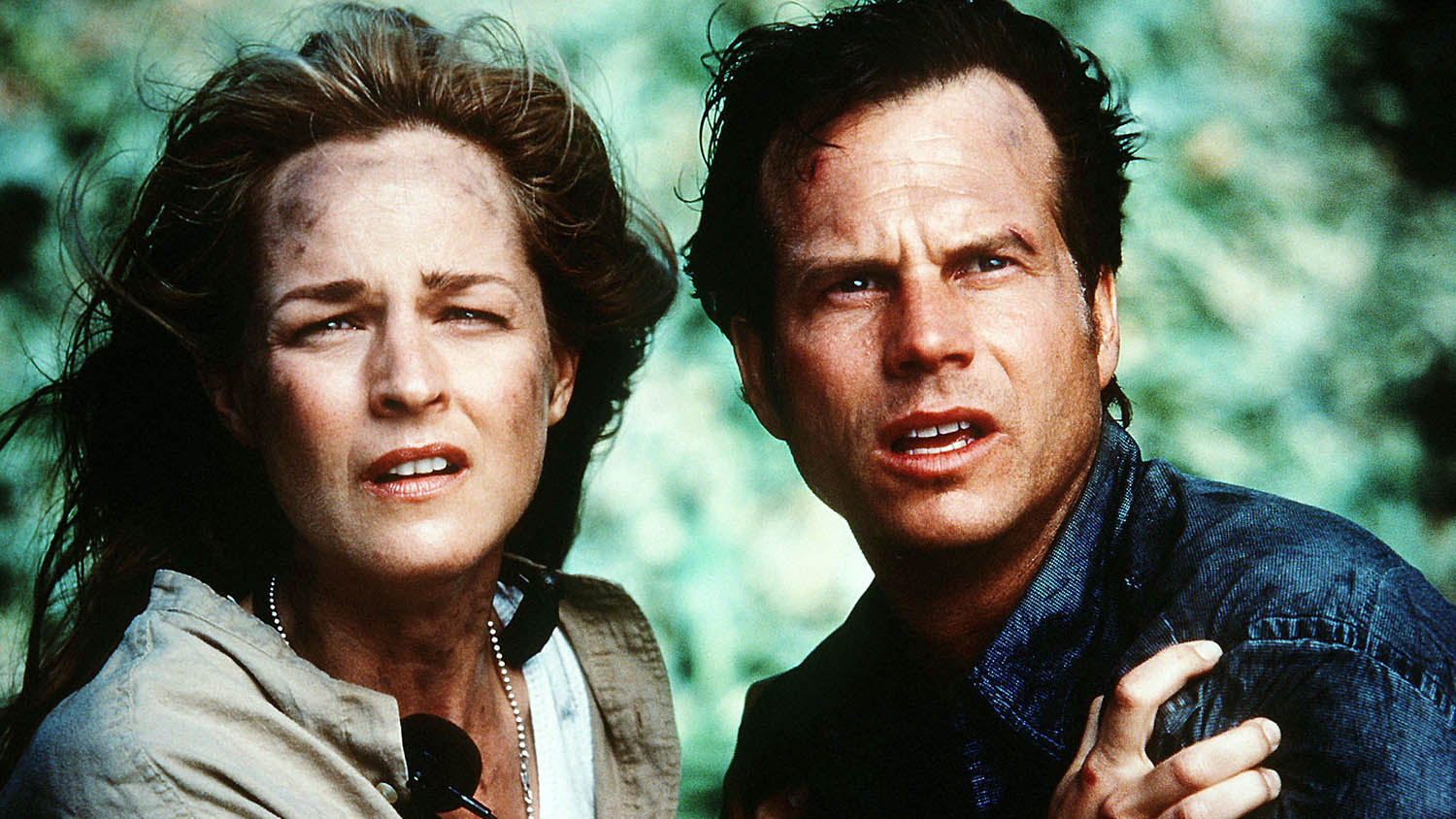 The writer of Jurassic Park. The director of Speed. The star of Mad About You. The quaint Clinton-era notion that a major action blockbuster could be produced with, as the major antagonist, an atmospheric condition and not swarthy terrorists from the Middle East or France. Twister is so 1990s it hurts, but the pain isn’t nearly as exquisite as revisiting a movie you once, for any number of pubescent reasons, loved as a child and now realize is a whirling roar of detritus. When the movie came out, the traditional 1980s model blockbuster appeared to be on its last legs. Shit like Last Action Hero and Waterworld made the idea of a central masculine anchor, be he mountainously monolithic or sensitively willowy, seem as ruinous as letting a young Turk hotshot direct your studio’s big epic did in the early 1980s during the aftermath of Michael Cimino’s Heaven’s Gate. (James Cameron would end up reversing this trend quickly enough with Titanic.)

So Twister, at least as it seemed at first, was a film with an almost experimental lack of dramatic conflict. The barebones version of the storyline (which is to say, the one-sentence version of a plot that would already be oversold with three sentences) is that a group of storm chasers spend an unusually active day out in the wilds of Oklahoma and Kansas trying to hunt down a tornado so they can impregnate it with their little data-gathering science balls and study the mechanics of what makes the storms spin. Essentially, Twister is an anthology film, with each of the five storm sequences having its own unique tenor and with the connective tissue being treated as a total afterthought. Ballsy, but refreshing, right? But no matter how much Jan De Bont keeps his camera roving, and no matter how much superfluous technobabble Michael Crichton tosses into the screenplay to indirectly remind the audience of his Harvard pedigree, the DNA of the blockbuster isn’t so easily spliced and reconfigured.

Because tornados aren’t inherently evil (despite the sound crew’s attempts to make it so by overlaying the sound of braying animals into the overall texture for the twisters; if it sounds alive, you can more easily hate it), a band of sellouts posing as professional scientists were introduced by the filmmakers to race against Helen Hunt and Bill Paxton’s motley band of Sherwood Forest potheads and meteorology school dropouts, having ripped off the design for Paxton’s tornado balls. (If that’s not enough to make them stand shoulder with the Iraqi terrorists and curvy corporate bitches of its brother action pictures, the rival scientists also drive a caravan of jet-black minivans like a land-based Star Wars-ian Dark Side.) Add to that a love triangle between Hunt, Paxton, and Jami Gertz, and you’ve got enough artificial, test screening-generated “content” to blow down even Philip Seymour Hoffman’s reliably overzealous scene-hoggery. When it sticks to kinetically portraying the sheer oddness of the tornadic phenomenon, Twister is a breeze. When it tries to recreate Hawks, it falls gracelessly from the green sky.