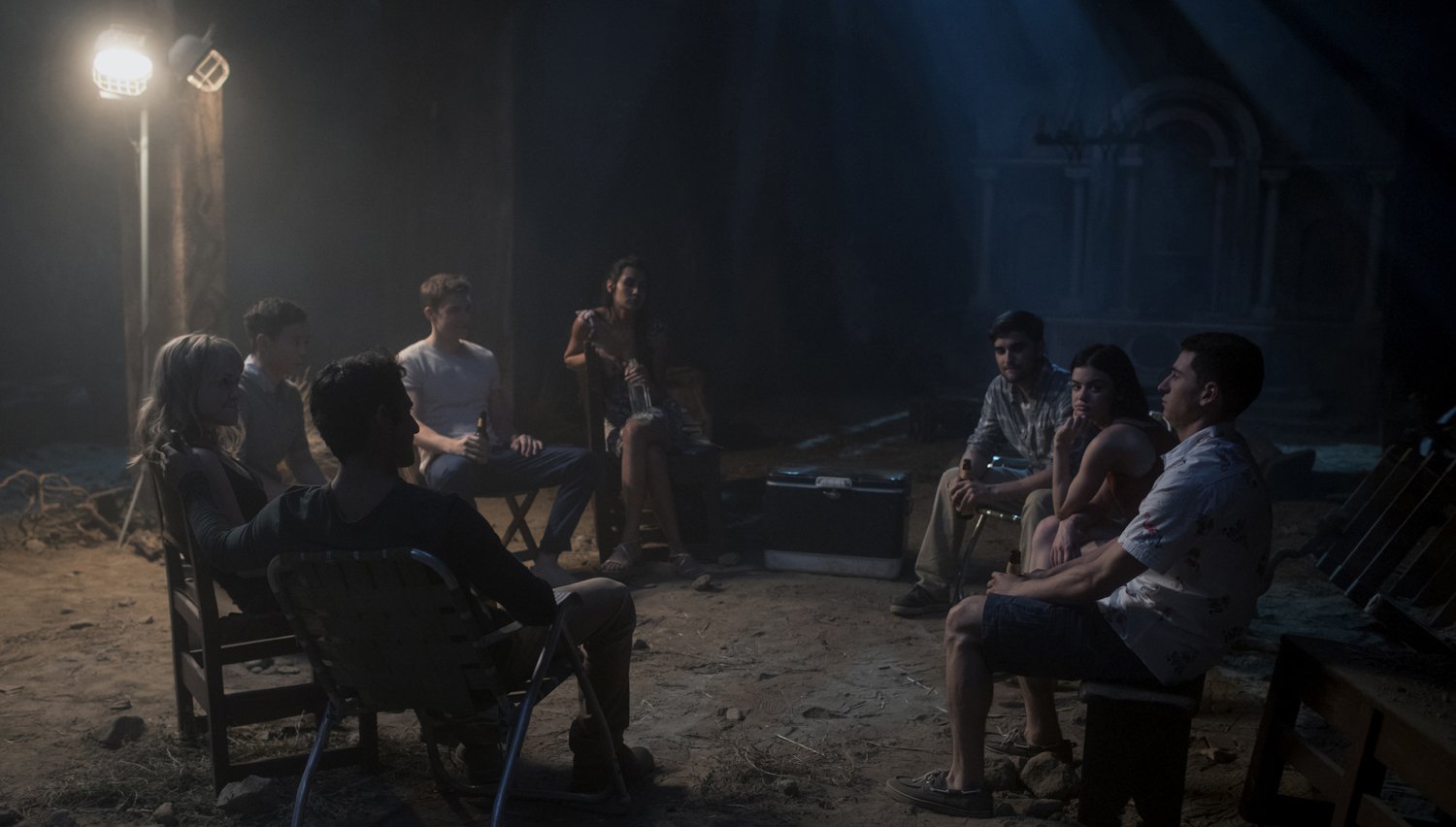 When we meet Olivia (Lucy Hale) at the start of Truth or Dare, a startlingly mean-spirited but otherwise dimwitted horror film, she seems like a decent person, as she’s planning to spend the spring break of her senior year of college volunteering with Habitat for Humanity. But her friends put a wrench in her do-gooderism by spiriting her away with them to Mexico, where they booze it up, beach it out, and tongue kiss like crazy. They’re very Ugly Americans, setting themselves up to seem like they deserve all the devastation and death they’ll soon encounter while also establishing the film’s central theme: Is it possible to thrive in life while being a good person?

Spoiler alert: No, it’s not, as implied by Truth or Dare’s gimmicky plot, which tests its characters in extremis. While in Mexico, the friends are led to a cursed mission church by a cutie, Carter (Landon Liboiron), who picks up Olivia at a club on her last night in town. He initiates a game of Truth or Dare that will follow them back to California, because the game itself is possessed by a demon, who demands that you play…or die. At any moment, a roomful of strangers, your closest friends, or dead bodies could transform into fiends who demand the revelation of sensitive secrets or the performance of mean-spirited stunts: coming out to a homophobic parent, breaking your best friend’s hand, or having sex with your best friend’s boyfriend.

The dares can also be deadly, like finishing a bottle of booze while walking along the edge of a roof, or stealing a cop’s gun and making him beg for it. Carter shares this infectious game with Olivia and her friends like an S.T.D., similar to the man who passes off the stalking presence in It Follows. But Truth or Dare lacks for the sinister mystery of David Robert Mitchell’s film. This is, overwhelmingly, a silly horror flick unconcerned with its silliness: Throughout, it spends a lot of screen time digging into exposition and explanation, including having its American characters interrogate the rural Mexican ones, who conveniently speak—and write—in excellent English.

But every once in a while there are flashes of the delicious darkness that one wishes Truth or Dare had embraced more often. The amiability of the film’s archetypal group of college pals is built upon a delicate web of deceit that quickly comes unspun when they’re forced to tell the truth, and the disclosures become increasingly vicious: one character must confess, mid-coitus, to loving someone else; another must declare a cringe-inducing connection to a friend’s father’s recent suicide. In this most cynical and black-hearted of films, even the kindest of people are laden with sinister secrets.

The only way Truth or Dare’s characters can stay alive is by putting their self-interest front and center. Indeed, the story’s Truth or Dare-asking demon thwarts or punishes every attempt at selflessness, culminating with the remaining characters’ astonishing act of self-preservation—a misanthropic middle finger to everyone watching—that ends the film. Just like in real life, no one can truly win such a game, but everyone can lose.

Interview: Lucrecia Martel on the Making of Zama