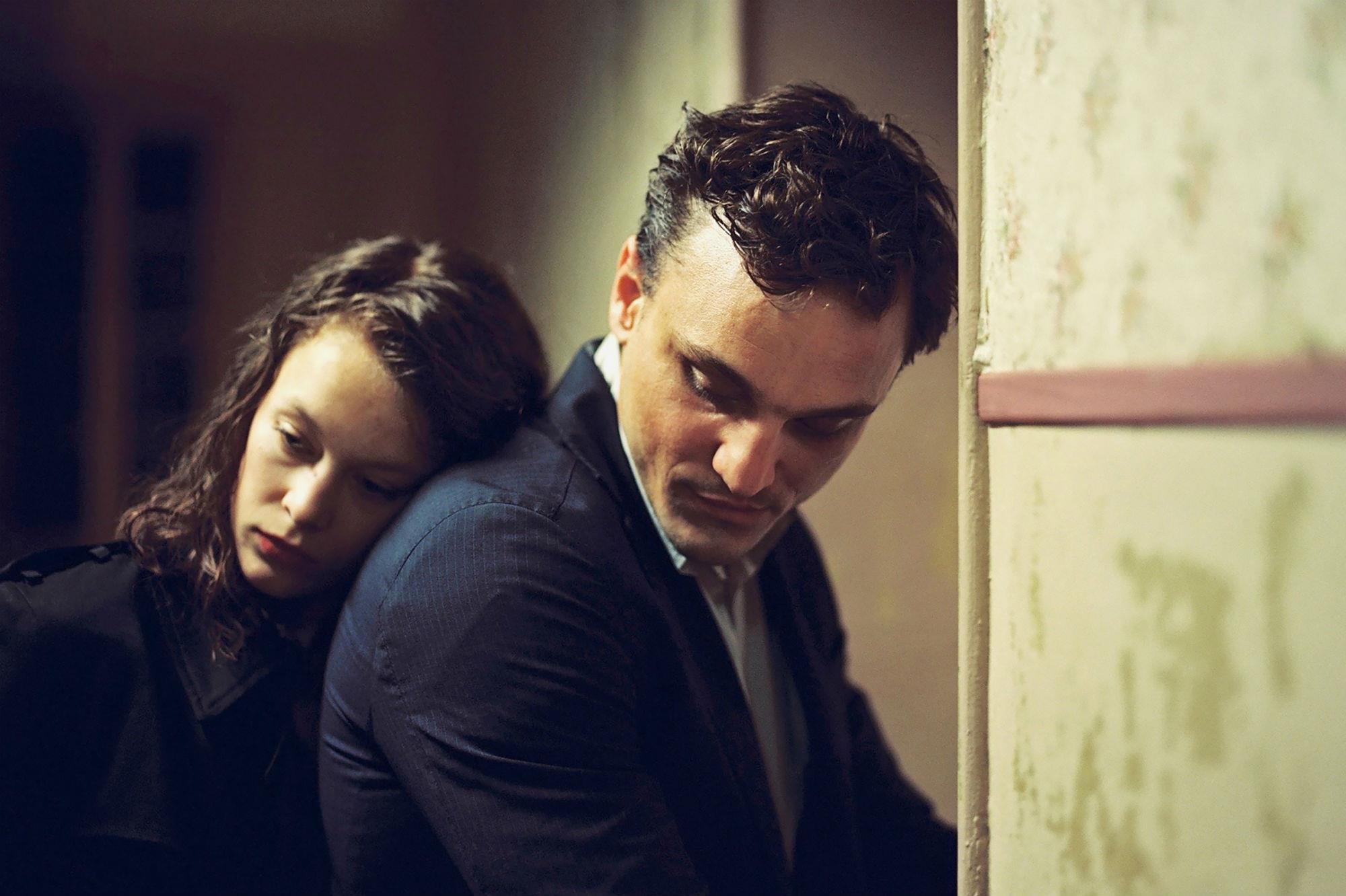 Christian Petzold’s white-hot existentialist noir Transit is perhaps the best World War II film since Paul Verhoeven’s Black Book, even if it hinges on a suspension of disbelief that’ll be too far a stretch for some. In adapting Anna Seghers’s 1944 novel of same name (based on the author’s experiences escaping Nazi Germany for France and later to Mexico), Petzold restages the story in a blatantly anachronistic setting, a kind of historical netherverse that straddles the line between past and present. It’s an obviously contemporary environment, but neither computers nor internet are depicted, which at times pushes the story into a kind of realm of depressed magical realism.

On the issue of displacement, this is a high-concept decision that asks—and, by film’s end, answers for itself—how little things have changed over all those decades. But Transit has little time for pedantry. It’s sleek and confident in the same Hitchcockian mold as Petzold’s 2015 film Phoenix, which the filmmaker co-wrote with the late, great film-essayist Harun Farocki, who shared Petzold’s obsession with Seghers’s source material, and collaborated on early drafts of this film’s screenplay. And Transit is understandably dedicated to Farocki.

An author, George Weidel, commits suicide in a French hotel, and while escorting a North African refugee with a festering leg infection to Marseilles, one of the last remaining neutral zones from which one can safely flee to the Americas, a technician named Georg (Franz Rogowski) takes Weidel’s final manuscript with him. It’s made plain that Georg is also without papers—and implied that he’s Jewish—but Petzold keeps any alternate-historical exposition at a minimum: Characters refer to “camps” and “cleansing,” but the screenplay reorients fascism along economic rather than ethnic lines, the relationship between the two all but implied.

For these characters, the inevitable occupation is a well-established fact; the word “Nazi” is never uttered. While Georg’s original intent was to return Weidel’s manuscript and two letters to his wife for a small sum of money, an opportunity avails itself to assume his identity and thus escape, so Georg jumps—but the process of getting his transit visa approved means laying low in the sun-dappled port city of Marseilles for as long as he can hold out.

Like the autobiographical wartime novels of the disillusioned Bolshevik Victor Serge (who escaped on the same boat as Seghers, as did anthropologist Claude Lévi-Strauss), Transit mires you in a noxious, purgatorial present, where downtime is unnerving, and the future is fickle at best. Petzold’s camera isn’t omnipresent, as nothing is conveyed to the viewer unless it goes through, or happens to, Georg, who’s a classic existentialist antihero forever on the outside looking in. Hans Fromm’s crisp widescreen frames moor the story to the character’s haphazard perspective: George is repeatedly seen facing enclosed doorways yet unable to smoothly pass through an open one when he gets the chance. There’s a subtle romanticism to Transit’s gamble on satisfying the requirements of genre without diluting its political or formal integrity. Every shot builds on the one before it, and every cut connects fluidly.

Petzold’s lean, rigorous filmmaking proves essential as the story begins to run, deliberately, in circles. Georg strikes up a relationship with a beautiful, sultry woman named Marie (Paula Beers), who keeps running into him as if in a dream. It turns out that she’s Weidel’s wife, unaware that her late husband is never coming back. The relationship first develops in struck poses and lingering glances—the war has made both Georg and Marie phantoms of their past selves, and their attempt to fall in love is the despairing backbone of Transit’s screenplay—as is Georg’s relationship with Driss (Lilien Batman), the young son of the late fugitive whom he escorted back to Marseilles. When Georg takes Driss to a seaside playground decked out in foam rubber and brightly colored plastic, 1940s-era carnival music plays in the background, as if the film is daring us to pick its imaginary milieu apart.

Obviously, if this were the real 2018, Georg probably wouldn’t manage so many close shaves in evading the police before being shot to pieces, possibly in the presence of many live-streaming smartphones. But Petzold is after compassion, not verisimilitude: Like Sidney Sokhona’s Nationalité: Immigré, Transit is an unsparing depiction of the maddening redundancy of life under a slow-churning government bureaucracy, asking the question of personhood, of what being human entails, after the state has officially stripped said personhood away.

Ever so slowly, Marie and Georg—who now goes by George—are able to inch closer and closer to safe passage in a gorgeous Mediterranean locale, between leisurely meals of rosé and Neapolitan pizza. Rather than Petzold’s tendentious needle-drop over Transit’s end credits, this turns out to be the film’s most ferocious critique of the 21st century: While democracies are eroded by xenophobia and plutocracy, a bourgeois lifestyle is one of the last holdouts for a troubled conscience—as long as you can afford it.