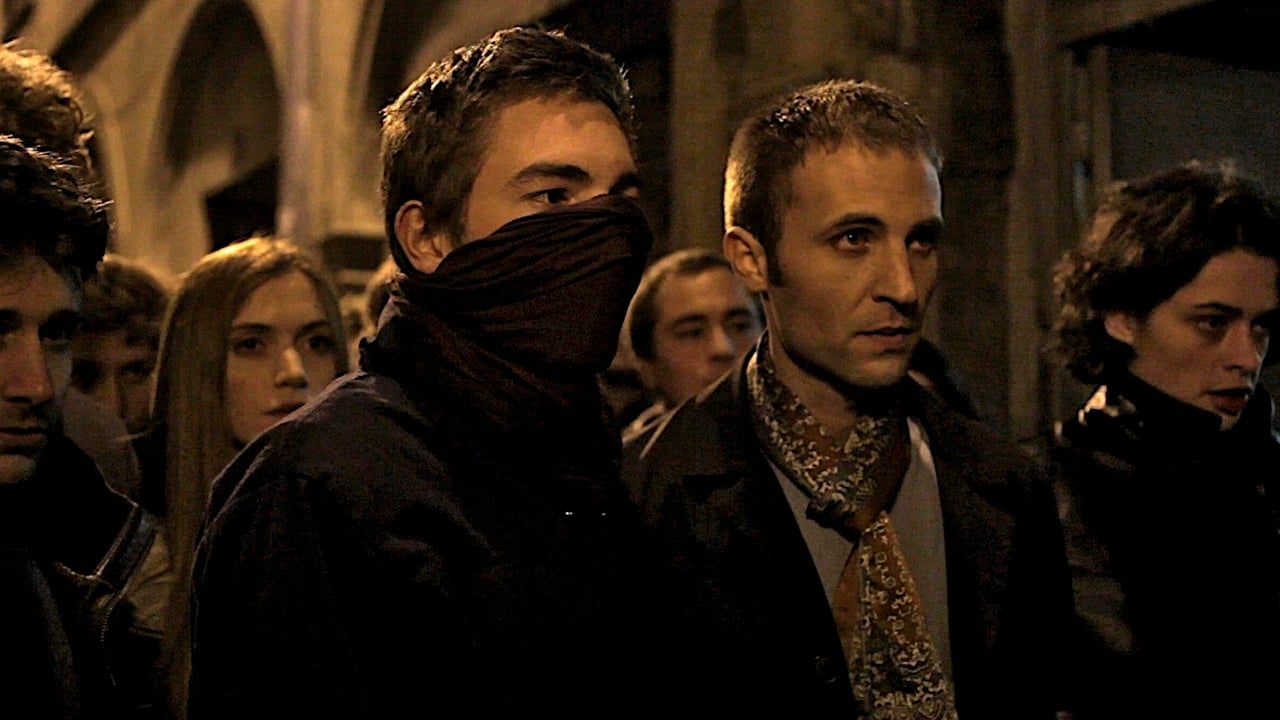 “…and may they hurry up, abandon the horrendous classist denomination of students and become young intellectuals…”—Pier Paolo Pasolini, “Apology”

If immigration has turned out to be the festival’s de facto theme, then surely Nicolas Klotz and Elizabeth Percival’s Low Life must be the film of the festival (though not of the year, that goes to Bertrand Bonello’s staggering House of Tolerance). A film that’s nearly as unfashionably direct in its romance and politics as Philippe Garrel’s That Summer, Low Life is many things—a study of the struggle of bourgeois youths to truly engage in revolutionary activity, a catalogue of the terrors wrought by Nicolas Sarkozy’s idiotic national identity, an excavation of the physical spaces where change must arise from, and a reminder that love and revolution are inextricable—and it does them all well.

Shot on the Canon 1D DSLR, the film’s perpetual twilight evokes a space between the late films of Robert Bresson and Pedro Costa’s digital works (logical: Klotz made a film in 2001 featuring Costa and Jean-Luc Nancy, whose influence also weighs heavily here), a painterly light that makes thrilling use of grays, browns, and oranges in envisioning a world tangential to our own, one where the failure of revolution is not viewed as a foregone conclusion. Klotz, who handles the pair’s visuals (Percival handles writing and the direction of the actors, most of them here nonprofessionals), conceives every domestic space as hidden—quite literally: a labyrinthine squatters’ den and a concealed room in a student apartment—refuges from the world of perpetual conflict that burns outside. This burrowed in spatial sense compliments the numerous layers of Percival’s highly allusive script, which moves from a wide angle view of the total student-immigrant-police situation in to a close-up of two student lovers, Carmen (Camille Rutherford) and sans papiers Hussain (Arash Naimian).

Low Life opens with a tertiary character reciting lines from a depressive Ophelia in Heinrich Müller’s Hamletmachine (a reworking of Shakespeare’s text into a democratic mechanism for producing multiple, equal versions of the play), serving the double purpose of establishing the romantic tone and limning its political thought, a Straubian commitment to looking back rather than slavishly progressing. It climaxes, in a fitting contrast, in an interrogation room at the hypermodern headquarters of the Lyon police, a sleek space choking in visual information: Charlotte first is made to watch surveillance footage capturing her with Hussain in an effort to coerce her to turn him in (she responds bravely by turning to the past, invoking Vichy’s actions toward the Jews in a chilling parallel with Sarkozy’s attitude toward immigration), and we then see her in a holding cell viewed across six staggered monitors, an Eisensteinian decomposition of movement creeping in and hacking away at the unity of the State’s vision.

Klotz and Percival have created a film that seems impossible to even conceive of in America today, one that truly believes in the desire of youth to alter history for the better. In the end, Hussain and Charlotte both must disappear for their love; perhaps they cannot be together now, but the resistance will live in each of them. The hope of a brighter day remains.

For her first narrative feature in seven years, Almayer’s Folly, Chantal Akerman has returned to a classic author of modern literature, though her treatment of Joseph Conrad is far less loving than her treatment of Proust: She bluntly refuses to film his novel. A kaleidoscopic, compact portrait of one white man’s insanity among the pratfalls of colonial life in the South Pacific, Conrad’s novel ends with a sudden, arbitrary absolution for its pitiful protagonist; Akerman shares none of Conrad’s concerns, and treats the text as a stock from which to pull names, images, and narrative threads in order to weave them into a Denisian tapestry—though unlike Denis, the focus is less on the unraveling of the fabric than on studying the emotional-political forces that arrange the strands into this particular pattern. The guiding idea is a reversal of Conrad’s imperialist and sexist tendencies, one that does not seek to put Akerman in Conrad’s position, but to create a fluid vision of the decay of empire in which the same forces that drive imperialism are laid bare to show how sorely they lack on the human level.

The opening, a grand coup de cinema, is not only thrillingly seductive, it sets up the film’s structural acknowledgement of the presence of a source text that it will deny at every turn: In a scene entirely invented by Akerman, a man walks through a garishly neon nightclub, watches a cheesy lounge singer, and then murders him; after an off-screen voice whispers, “Nina, Dain’s dead,” one of the performer’s backup dancers—later revealed as Nina Almayer, the dead man revealed as her lover, Dain—steps forward and calmly, beautifully performs Mozart’s setting of the “Ave Verum Corpus”. With this simple scene one senses both the presence of an interior intelligence prodding events along lines loosely related to Conrad’s text (here, the names only) and the film’s self-awareness of its position of opposition to Conrad: where the novel ends with Nina throwing herself into a situation with Dain that can only end badly in order to escape an even worse one with her father, Kaspar Almayer, the film begins with a confirmation that the death of her lover will do nothing to lessen her capacity to live a beautiful life.

Akerman continues along these oppositional lines, frequently pushing the action so deep into foliage or darkness that the film ceases to have any relation to the novel at all and becomes a pure study in its fetid, feverish landscapes. Where La Captive used a taut, dynamic camera to craft a level of Hitchcockian precision that Akerman used to carve into Proust’s memory, here the effect of her numerous tracks is closer to Alain Resnais in the ‘70s: a tool for maintaining a continuity across multiple times, spaces, and registers in order to draw a full picture that is strictly cinematic.

When, in the final shot, the camera settles on the face of Stanislas Merhar’s Almayer for what must be five minutes but feels like eternity, Akerman, totally eschewing judgment, achieves something nearly on par with the closing shot of Jeanne Dielman: Here there’s a pure expression of a life fallen apart and the realization that an entire way of looking at the world has been defeated. In sum, a confirmation of a postulation by today’s least literary director: Cinema can be an avenger.