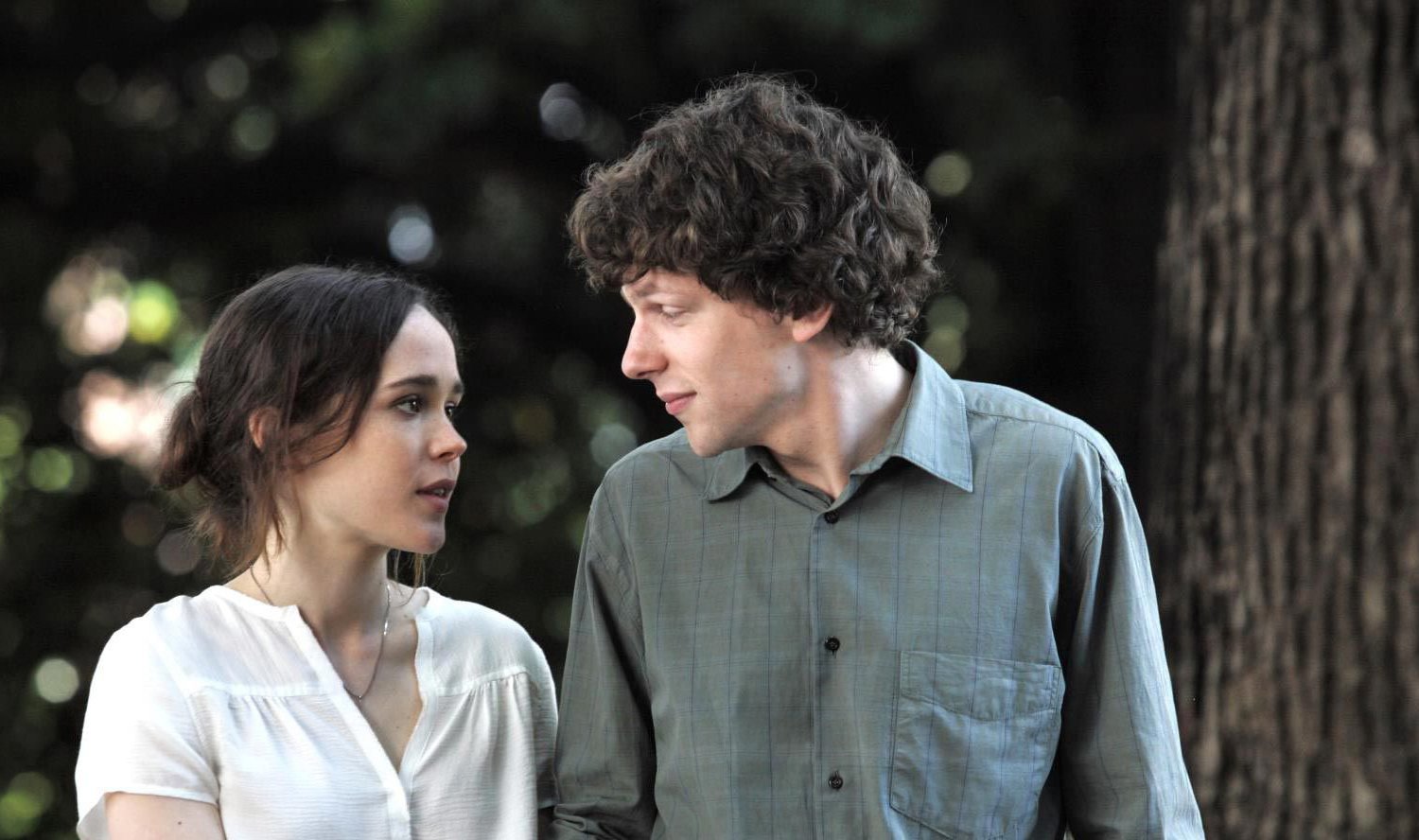 “With age comes exhaustion,” according to a rueful line late in To Rome with Love, and it serves as a fitting diagnosis for Woody Allen’s latest fallen souffle set in a European cultural capital, its four narrative threads afflicted with feeble timing, and the writer-director’s familiar moralism curdled into tiresome scolding. Out of the quartet of stories, it’s the one featuring the actor Allen showcases best, himself, that occasionally reaches heights of mediocrity. As an unhappily retired opera director (one of his experimental efforts included the cast of Rigoletto dressed as white mice) who comes to the Eternal City to meet his daughter’s fiancé, Allen is a full-blown alter kocker version of his vintage persona, boasting of a 160 IQ (wife Judy Davis: “You’re counting it in euros”), put off by the prospective groom’s socialism (“I can’t even share a bathroom”), and in the film’s funniest bit, unable to stop hectoring the lad’s mortician father, a gifted shower-singing tenor, to pursue a musical career, mouthing “beautiful voice” sotto voce at the dinner table. Alas, the absurd visual punchline that caps the tale can be seen coming down the Via del Corso, falls flat on arrival, and lays on screen for several anticlimactic minutes.

Elsewhere, the results are still grimmer, with the farce either laid on with a trowel or reeking of sour misogyny. Roberto Benigni is a Roman everyman who one morning finds himself inexplicably trailed by camera crews and interviewed on TV about his sleeping positions and breakfast preferences; aiming for a surreal spin on fleeting notoriety, it comes off as an even lamer sermon on fame than Celebrity. A sex-comedy episode finds newlywed transplants from Pordenone (Alessandro Tiberi, Alessandra Mastronardi) separated by the wife’s serendipitous encounter with her idols on a film shoot, and the virginal husband’s fumbling ruse of passing off a prostitute he’s innocently caught with as his bride to his provincial family. That the cheerful hooker is played by Penélope Cruz, in a role as revolting and unadventurous as her Oscar-rewarded spitfire in Vicky Cristina Barcelona, is a reflection on the shamelessness of both filmmaker and actor. (And the jokes stink by the measure of any post-Playboy-era barometer: At a tony bourgeois party she attends with her faux spouse, all the men are graying clients of Cruz’s who anxiously mumble, “I’m here with my wife.”)

Most infuriating may be the cynical, reheated young-hearts-in-love story, with Jesse Eisenberg as a nascent architect—fulfilling his destiny as an Allen stand-in that has loomed since his breakthrough tics in The Squid and the Whale—cautioned by a magically ubiquitous middle-aged skeptic (Alec Baldwin) against the allure of a neurotic young actress (Ellen Page). “She knows one line of every poet!” scoffs Baldwin when Page name-drops Rilke; unless Allen is attempting self-critique, it’s a mark of chutzpah given the CliffsNotes approach to art and literature that reached a new level of middlebrow laziness with his mystifyingly acclaimed Midnight in Paris. The camera holds on Eisenberg’s face, blank in a horny daze, while Page recounts an “intense” lesbian affair, clearly echoing Play It Again, Sam-era Allen, but it feels just as secondhand as a thunderstorm in the ruins of the Roman baths repeating an Allen-Diane Keaton scene from Manhattan.

Allen’s transformation from the most successful “intellectual” comedian of his time to a respected film artist occurred during my adolescence, and he’s yet to extinguish my affection for the period when the limited opening of each of his movies was a New York event. But his reputation as someone who created lively comedic and dramatic characters for Keaton, Mia Farrow, and even Gena Rowlands is hard to square with the flagging auteur who extravagantly wastes the talents of Cruz, Alison Pill, and Greta Gerwig (in the utterly perfunctory role of Eisenberg’s girlfriend) in To Rome with Love. Women in his films are now mere bystanders when they aren’t basket-case man-eaters or Mediterranean whores, and along with a nearly incessant soundtrack of cheesy Italian la-la-la pop, and dialogue repeatedly undermining Darius Khondji’s sun-dappled images by redundantly assuring us that Rome is “beautiful,” Allen no longer seems able or willing to surprise and challenge his audience. Not only does the late-career renaissance of a Huston or Buñuel seem beyond him, but movies like this one put him in danger of comparisons with Chaplin’s final, disastrous film, A Countess from Hong Kong, or Bob Hope robotically reading jokes for decades of his dotage. Basta, Woody, basta.