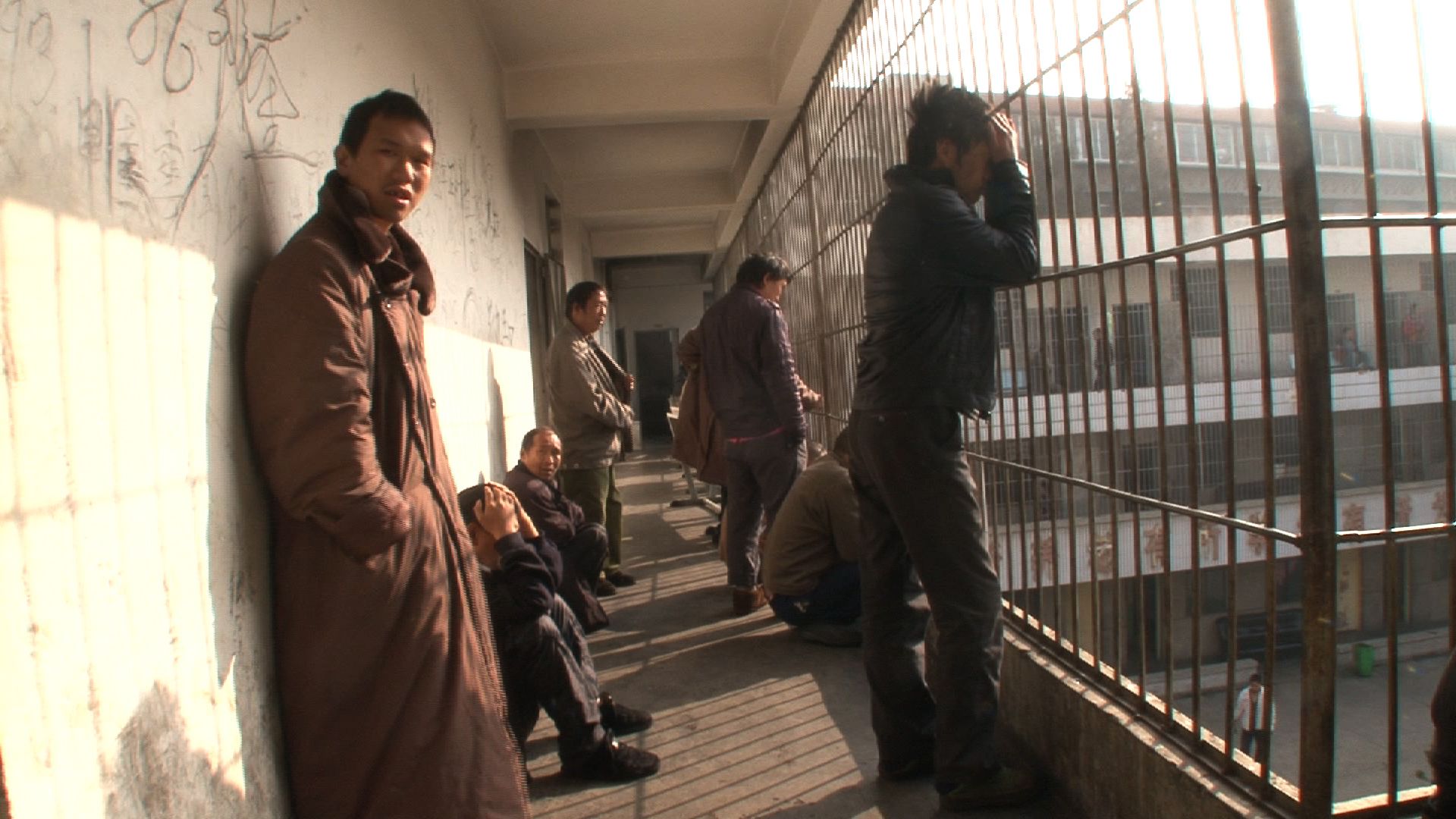 Tenderness is both an approach and a coping mechanism in ’Til Madness Do Us Part, Wang Bing’s mammoth, ever-shifting documentary about life on one floor of a Chinese mental institution. The clearest sign of Wang’s ambition is that it’s far easier to define this gentle, immersive giant work of nonfiction based on what it doesn’t do than what it does; eschewing either institutional analysis, longitudinal investigation, or direct psychological assessment, the film’s only constant is Wang’s boundless interest in the men who populate this space. Whether a nighttime trip to the bathroom, a rambling exchange in the sun, or the minute preparations that usher in sleep, all actions are worthy of attention here, no matter how small they may be.

The idea that this facility is defined by its inmates is made clear from the outset: While no details are provided about the facility, on-screen titles give the name of each patient, whenever they come to the fore, and the length of their stay. The resulting episodic encounters with individual inmates give the film a nominal structure, even if the boundaries between episodes are porous and one inmate is perfectly capable of stealing the limelight from another.

As Wang observes a patient’s jog through corridors, an altercation between inmates over biscuits, and one man washing another’s feet, the layout of the facility is also revealed: unadorned two- to five-bed dormitories positioned around a rectangular walkway open to the elements, with bars sealing it off from the central quadrangle. As if aware of the fundamental lack of individual space, the camerawork still tries to delineate the public from the private, wandering freely among the patients as they stroll around the walkway and making a beeline for the most unobtrusive vantage point in the dormitories.

As these modest, often incident-less episodes accumulate, it’s tempting to combine them into a hypothesis about the institution, an understandable impulse that Wang seems to undermine. As such, when the inmates’ lack of speech appears to be cohering into the assertion that captivity breeds silence, a period of intense conversation then begins. When the lack of external contact begins to create the impression that those inhabiting the asylum have been abandoned by doctors and relatives alike, visitors arrive and doctors become omnipresent. And just when it seems that society is to be viewed solely through the prism of this institution, the action suddenly moves beyond its four walls. Aside from toying with expectation, these shifts in focus also serve to break down this vast film into more manageable parts, each section making an assertion about the institution that will invariably be overthrown.

While these hypotheses—and many other ones—are valid, they’re ultimately a byproduct of Wang’s underlying intent: to give back to the inmates the opportunity for individual expression that this place and, by extension, society has robbed them of. Whether observing a mumbled conversation, a man’s purposeless movements, or another’s irresistible urge to urinate, the camera takes in all before it with the same steadfast patience and lack of judgment, managing in the process to make even the smallest of actions significant, if only because they contribute to a better understanding of the individual performing them. This willingness to watch and listen to absolutely anything both suffuses certain scenes with an almost unbearable intimacy and prevents the more troubling ones from feeling exploitative; when all actions as equal, there’s no reason to bestow more attention on one than another.

Wang’s tenderness makes even greater sense in light of the many moments of affection and caring captured within this austere institution: a tearful daughter giving encouragement to her father the day after he’s committed; the two men that find comfort in sharing a bed; the silhouette of two grateful bodies embracing across an iron grate. Whether in terms of filmmaking or indeed reality itself, it’s hard to think of a more quietly radical proposition than the one Wang is making here: There’s compassion to be found in even the harshest of circumstances; it’s all about knowing where to look.