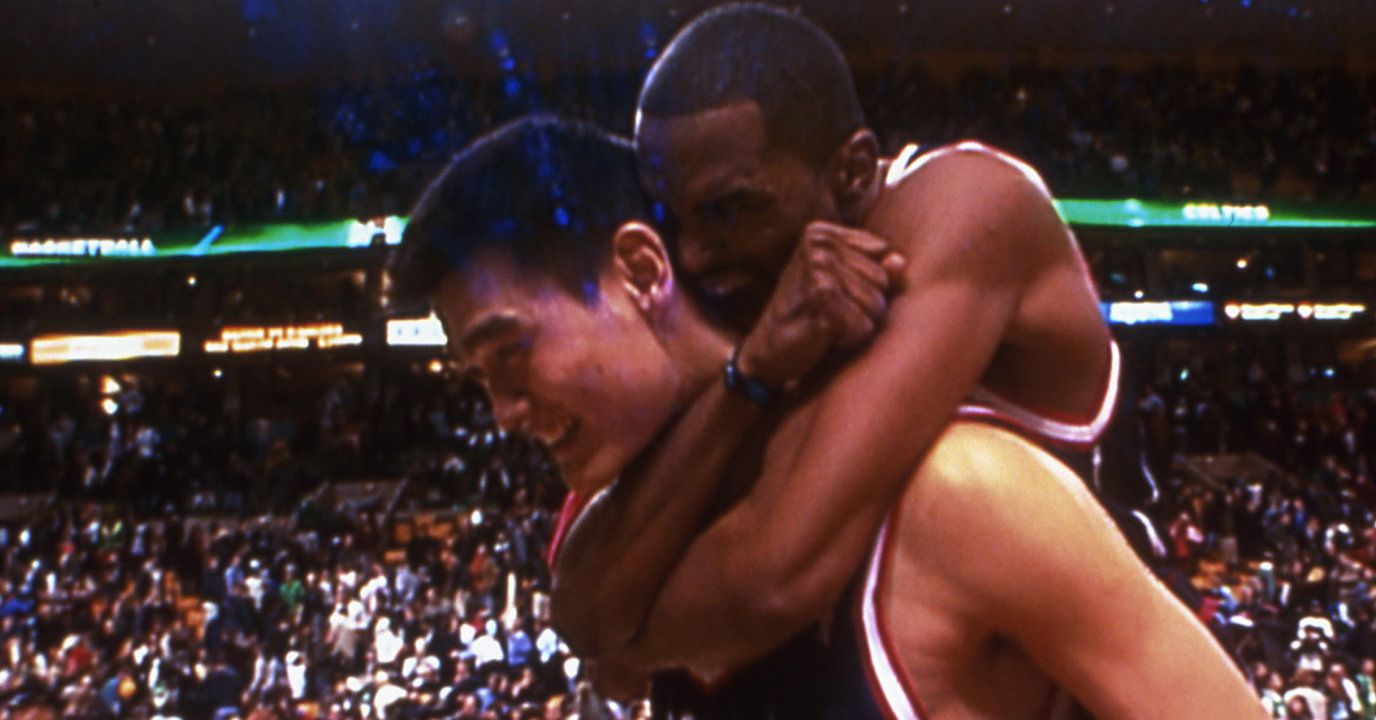 Fashioned with all the objectivity and insight of a promotional special on NBA TV, The Year of the Yao follows gargantuan 22-year-old basketball phenom Yao Ming as he makes the transition from China to the NBA. The number one pick in 2002’s draft, the seven-foot-plus Yao is a giant with a soft-spoken demeanor and big heart, and James D. Stern and Adam Del Deo’s fawning documentary follows the basketball star’s chaotic first season—aided by his rookie translator, Chinese-loving 28-year-old American Colin Pine—playing for the Houston Rockets. Yet given that Yao’s story is far from complete, the film’s attempt to fashion an uplifting Behind the Music-style narrative from the star’s first year stateside, replete with flashy graphics and soundbite-laden interviews with NBA commissioner David Stern and Houston mayor Lee Brown, is both silly and shallow, an errant shot at making inspirational what may very well turn out to be a tale of over-hyped potential. As a player, Yao is enormous, intelligent, and blessed with good instincts, but he’s also soft, and though The Year of the Yao hints at this fundamental weakness in his game, there’s no real sense that his lack of killer instinct might doom him to mediocrity. Stern and Del Deo’s unfettered access to Yao and the Rockets results in some great clips, including Yao’s first meeting with then-star Steve Francis (a diminutive bling-bling baller who waits for his imported teammate in a pimped-out BMW) and his gradual ability to implement practice-honed moves during games. Yet the price for such close contact with their subject is a near-total loss of impartiality, making the film little more than a sycophantic paean to the increasingly international NBA and the cheery Yao, whose presence in American basketball is depicted as a sign of traditionally isolationist China’s growing cultural openness. This may well be true, but since the film only presents Chinese people extolling Yao’s greatness and American fans, commentators, and coaches going excessively gaga for his skills, such a feel-good theme feels rigged from the start. And anyway, it’s difficult to take seriously a “documentary” that turns Yao’s highly anticipated showdown with Shaquille O’Neal into some sort of good-versus-evil-Hollywood showdown in which the heroic Yao plays Rocky to the black-clad O’Neal’s menacing Clubber Lang.

Review: The Crime of Monsieur Lange