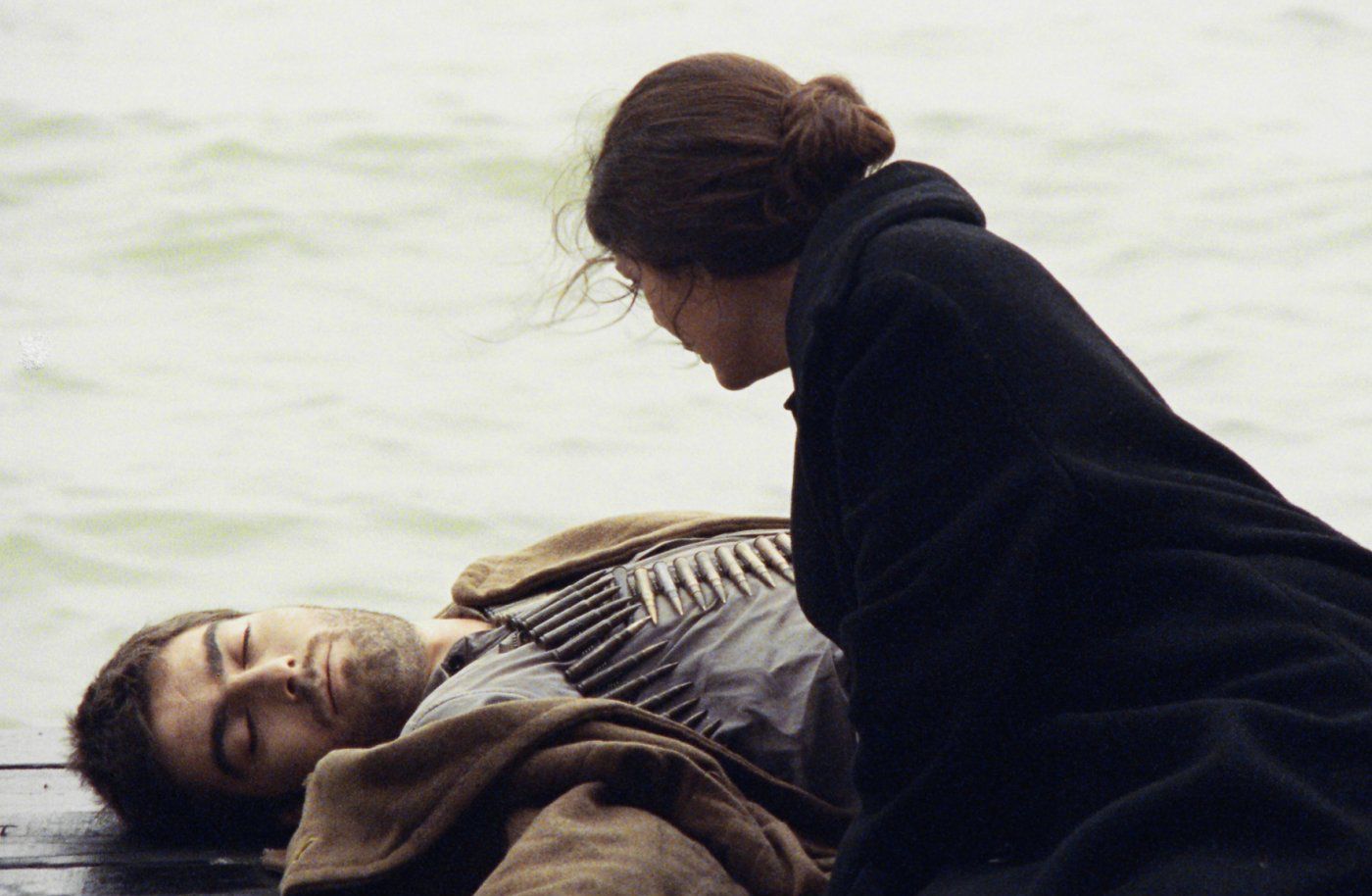 Cold, humorless, and ostentatious, Theo Angelopoulos’s films have wrecked havoc on European art cinema for years. Now the solipsistic director is back with the first part of a proposed trilogy about the history of Greece from the turn of the 20th century to the present. A blowhard in the most literal sense of the word, Angelopoulos sucks the emotion out of his actors and blows hot air back into his magisterial long shots. Take, for example, a scene from The Weeping Meadow in which Angelopoulos’s camera lingers on a shot of hundreds of white sheets flapping in the wind outside a small village by an estuary near Thessaloniki. Try as this image might to burn itself into our consciousness, it’s impossible to get past its abject fakery and hollowness of spirit; even if you ignore for a moment that an entire town would scarcely be drying their white sheets at the same time and in the same place (and only white sheets at that), it’s still obvious they exist only to serve Angelopoulos’s selfish artistic purpose: for an injured, dying man to put a bloodied-hand to one of those sheets and leave a sinister handprint behind.

There’s also a scene in which Eleni (Alexandra Aidini) bids farewell to her husband Alexis (Nikos Poursadinis) as he readies to set sail for America and fight for the Allies in WWII. Before he gets on the rowboat that will take him to an ocean liner waiting in the distance, he grabs a piece of yarn sticking out from the red cloth Eleni clutches in her hands, pulling the cloth apart as he is rowed to the ship. In this one shot, you almost wish one of Eleni’s children would enter the frame and swiftly cut the cord—not necessarily because the film could use a bit of humor, but a reality check. It’s amazing how little Angelopoulos’s fanatical obsession with symbolism works to express anything resembling a legit form of human emotion—which is a shame because he is otherwise a brilliant mood setter. If The Weeping Meadow gets away with some of its more calculated symbolism (like the hordes of people who walk in droves or row toward the camera, stopping suddenly as if they’ve reached an unnegotiable abyss), it’s really only because water figures prominently in the film and the relationship Angelopoulus summons between his audience and characters is not unlike people staring into a bowl filled with helpless fish.

With Olympian aloofness, the director observes the life of Eleni from her bestowment to Alexis’s father Spyros (Vassilis Kolovos) to the death of her entire family during the war, drawing on Greek myths (Oedipus Rex and Seven Against Thebes) to create his own modern parable about a struggling Greek nation. The dialogue, asides, and Homeric narration are appropriately classical, and the water imagery in the film is often breathtaking—Eleni’s town is a soup bowl that is not only surrounded by water, but haunted and drowned by it as well—as are Angelopoulos’s landscape shots, which evoke a palatable sense of primitism and resistance to change. But while I’d be lying if I didn’t praise the way Angelopoulos finally allows Eleni’s grief to run wild, or offers a knock-out magical realist explanation for the title of the film, I still resent him for the narrative dilly-dallying, or what he does to his characters, reducing humanity to a game of chess. Like the people inside a theater who witness Spyros’s embarrassed search for Eleni in one scene, we come to recognize these characters not as victims held captive by history or their own misguided emotions but Angelopoulos’s aesthetic masturbation.