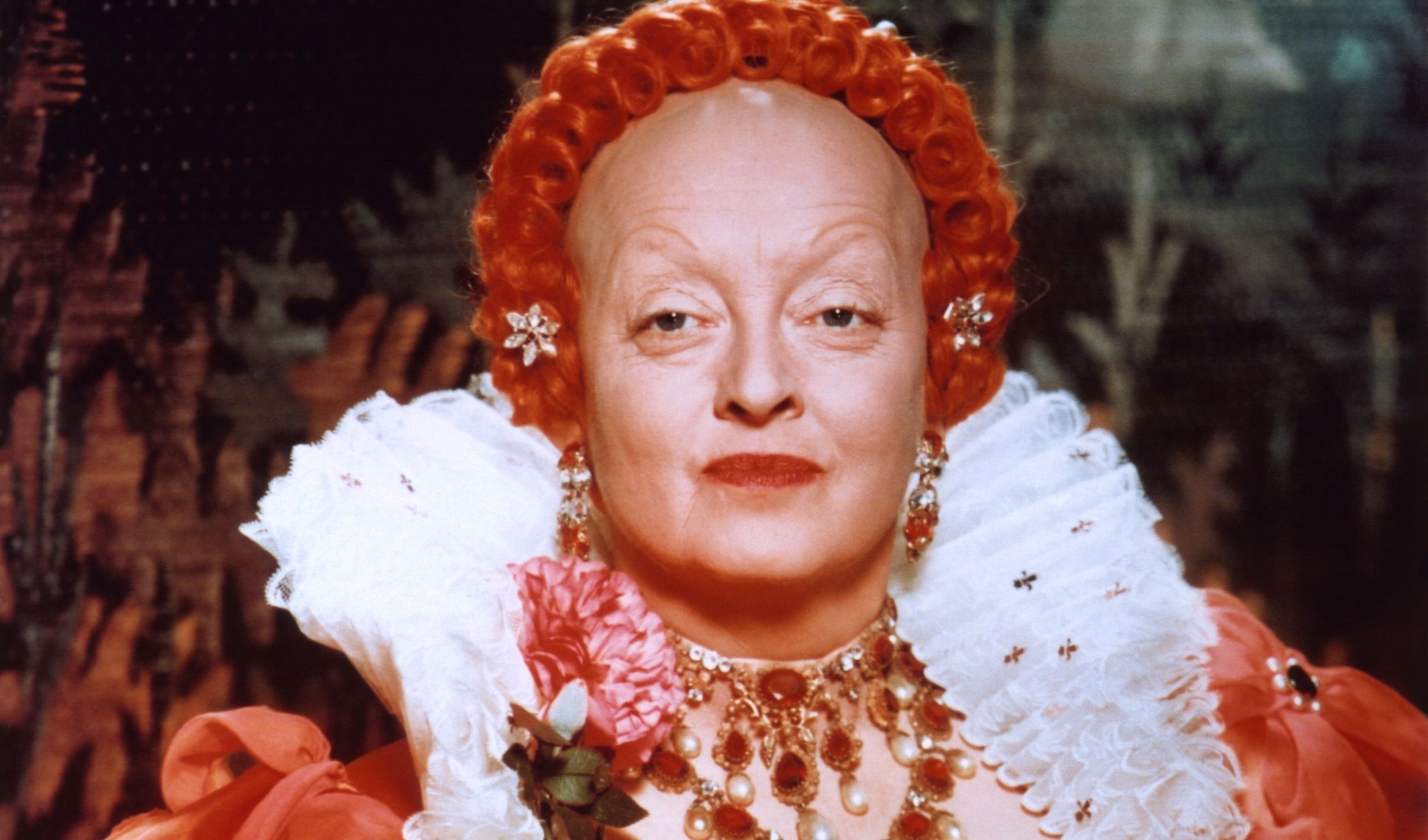 Henry Koster’s The Virgin Queen serves as a sturdy bookend to Bette Davis’s first fling at Queen Elizabeth I, The Private Lives of Elizabeth and Essex, made when she was only 31 years old. Most writers have agreed that her performance in this later film is superior, and she does have a classic entrance, surveying some loose beads on the floor, lady-in-waiting Joan Collins, and dashing Sir Walter Raleigh (Richard Todd), then crying, “Mistress Throckmorton, is this your pet swine? You cast pearls before him!” Her Elizabeth is gruffly good-humored and perfectly queenly, and not just in the royal sense, flashing limp wrists and lethal consonants until you start to wonder if Clifton Webb has snuck on the Fox set in costume and started “doing” Bette. Koster’s direction is competent, for him, but Franz Waxman’s music is no substitute for Erick Wolfgang Korngold’s classic score for Elizabeth and Essex, and Todd is no rival for Errol Flynn. Still, it’s worth sitting through Raleigh swordfights and other filler just to get to Davis’s expected, grotesque reveal of her bald head in her bitter penultimate scene.