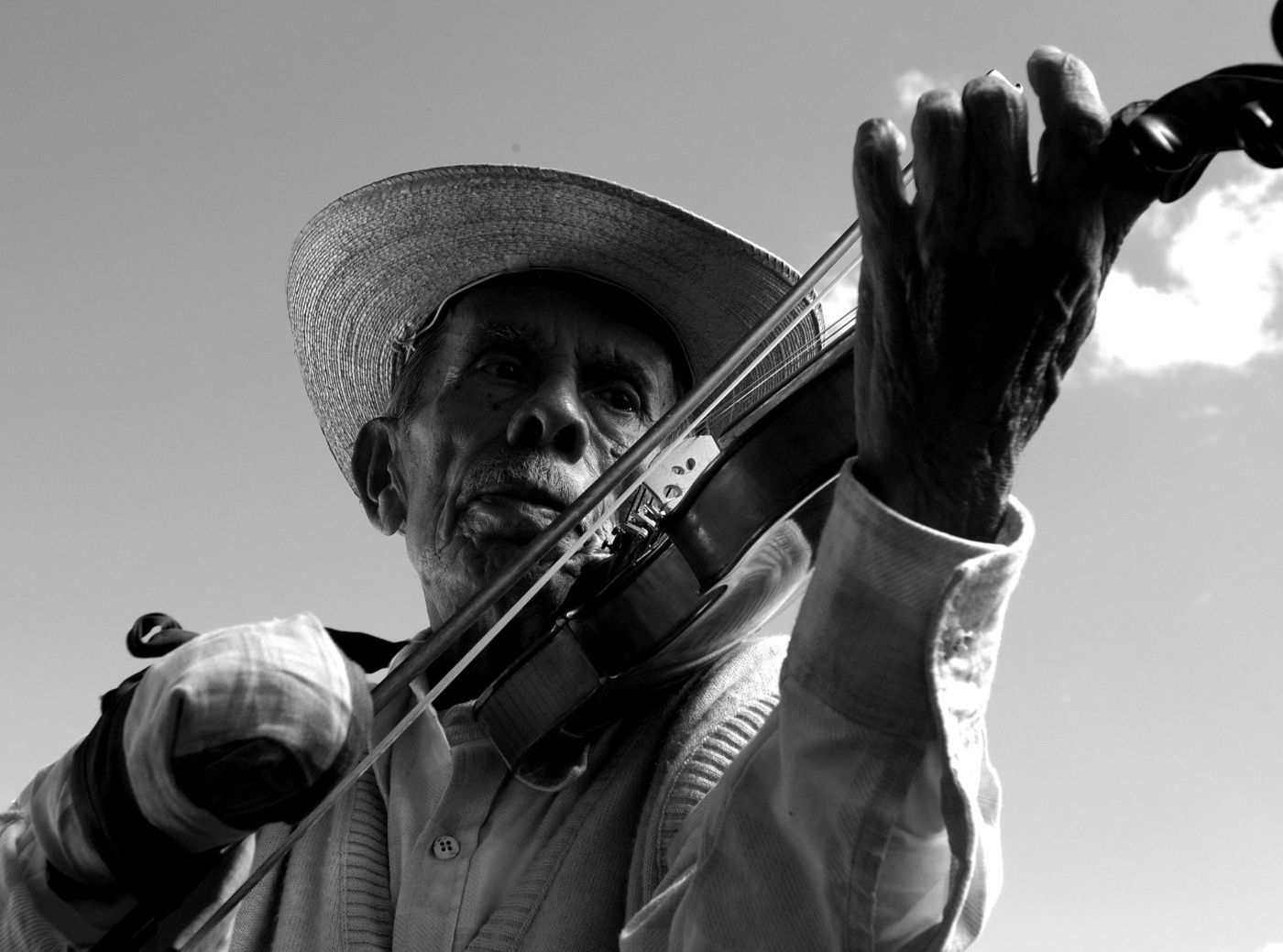 As far as battlefield-as-life parables go, humanity gets a fairer shake in Francisco Vargas’s The Violin than in Bruno Dumont’s Flanders. Set in a nation that remains unnamed but clearly stands for the filmmaker’s native Mexico in the volatile early 1970s, the film opens with the protracted brutalization of civilian peasants at the hands of military forces in search of rebels. It’s the only scene of on-screen violence in a tense but tender film, yet it ripples through the rest of the story, coloring each of the characters’ relationships with an awareness of the brutality of a land in upheaval. Struggle against the oppressive military in an occupied village hinges on an unusual ploy of infiltration and seduction, as elderly violinist Don Plutarco (Ángel Tavira) entertains a squad of soldiers with his fiddle while his son Genaro (Gerardo Taracena) smuggles guns and ammo for the local insurgents. When Don Plutarco’s playing earns the sympathy of the music-loving commander (Dagoberto Gama), The Violin complicates insurgent-oppressor dynamics by hinting at the battered, shared humanity that brings the two sides closer even as it threatens to unravel the rebels’ scheme. Shot in expressively severe black and white, the picture progresses as a fable of the continuum of resistance, a theme made unnecessarily explicit during Don Plutarco’s talks with the grandson (Mario Garibaldi) who will inherit both his instrument and his defiance, yet movingly realized by Vargas’s unsentimental admiration for the characters’ revolt. The plot doesn’t always resist the lure of peasant nobility and aged sagacity, but Tavira, an octogenarian nonprofessional who won an award at Cannes last year, has the weather-beaten majesty of an old oak tree, and Vargas’s sensitivity to the complex emotional connections that music can precipitate brings to mind Ichikawa’s The Burmese Harp.