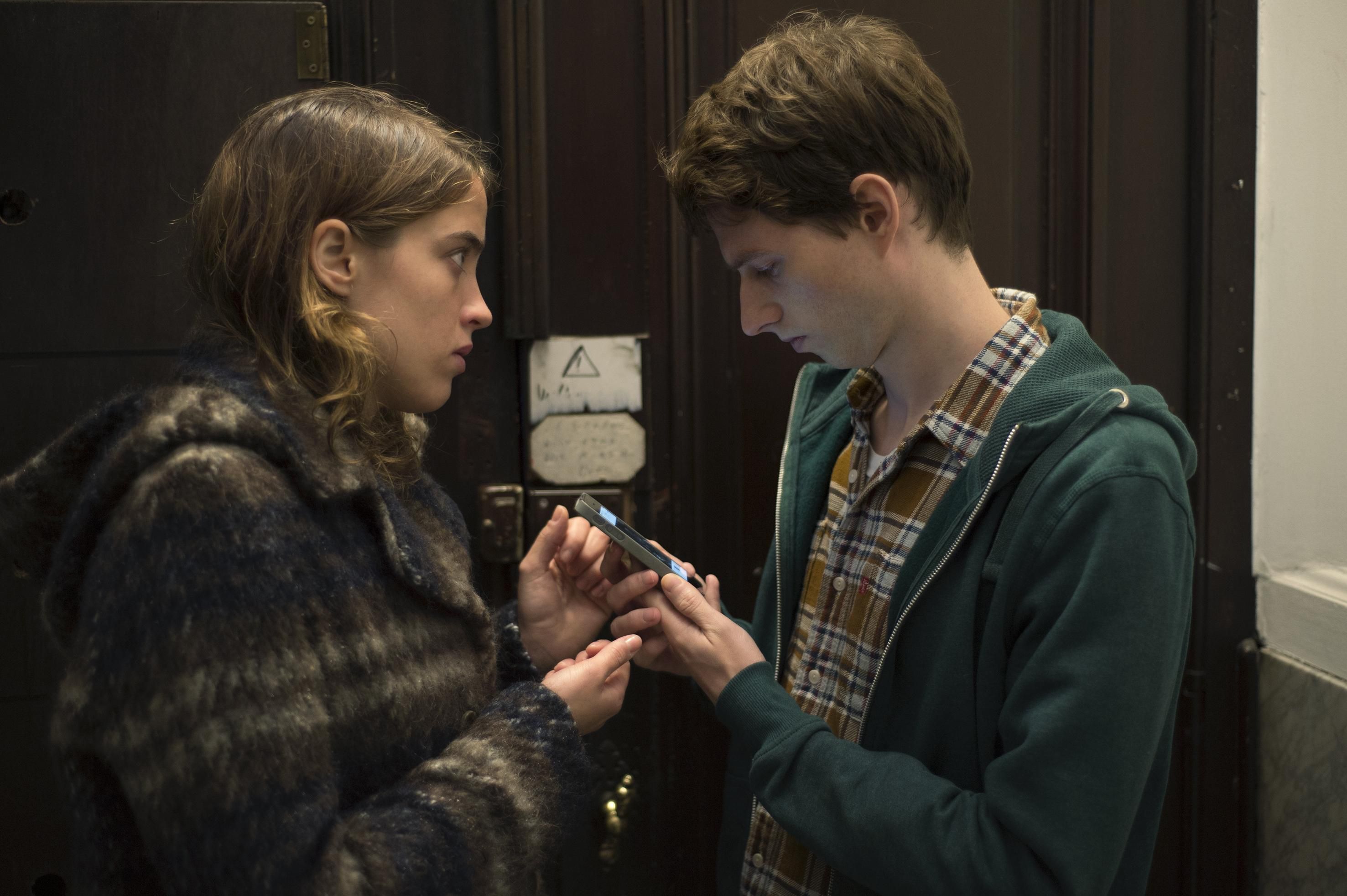 Jean-Pierre and Luc Dardenne have been making neorealist morality plays since 1996’s La Promesse, yet their formula has continued to yield surprising, effective works that have kept the sibling filmmakers in regular critical conversation. The Unknown Girl, however, represents a rupture in the Dardennes’ ordinarily solid output, a work so left-footed and clumsily insistent that it exposes the worst aspects inherent to their style. The film’s didacticism is evident from the outset. A humble clinic doctor, Jenny Davin (Adèle Haenel), secures a cushy position at a large medical facility that will set her up for a lucrative career. Almost literally on her way out the door of her old life, however, she ignores a patient who tries to enter the clinic after hours, only to discover the next morning that the young woman seeking care, an immigrant prostitute, has been found dead of a blow to the head.

Jenny is a character of total absolutes. At the start, her medical competence is matched only by her uncompromising adherence to her own rules of conduct. After her shy intern, Julien (Olivier Bonnaud), freezes at the sight of a young patient having a seizure, Jenny scolds him for his inaction: “A good doctor has to control his emotions.” Likewise, she prevents Julien from answering the door when the doomed girl knocks by instructing him, “Don’t let patients tire you or you won’t make a proper diagnosis.” Once she learns of the girl’s death, however, Jenny pivots sharply into a crusader, seeking to absolve her guilt by learning both the young woman’s identity and that of her murderer.

Given the way Jenny attempts to uncover more information about the slain young woman, The Unknown Girl is something of a detective film—a genre that, theoretically at least, is highly compatible with the Dardennes’ milieu. Both neorealism and detective fiction concern the quest for truth, even if each approaches that concept on a different level of self-awareness. Nonetheless, the two styles do provide a contrast with each other that the Dardenne brothers never manage to smooth, resulting in an awkward shotgun marriage of conflicting modes that negate each other.

Jenny’s relatability, that of an overworked professional who makes one error in moral judgment on the cusp of finally getting a comfortable job, quickly crumbles in the face of her implausibly great detective skills. She never seems to follow a bum lead, and everyone she questions has some connection to the crime. There are never any dead ends, nor red herrings. As such, Jenny’s harassment of a young boy, Bryan (Louka Minnella), is justified by certain revelations he provides, as is her unlawful prying into a cybercafé, because it’s there that she uncovers the prostitution ring to which the victim belonged.

That everyone Jenny grills bears some connection to the case is an intriguing way to illustrate the neglect and abuse of immigrants, using direct complicity as a metaphor for the way that society bears subconscious blame for how many such people slip through the cracks. Yet by confirming all of the protagonist’s hunches, The Unknown Girl loses sight of its most compelling narrative, that of Jenny’s desperation to atone for—or, more cynically, to absolve herself of—her failure to provide care, instead fixating on the story’s far simpler surface mystery. And since Jenny never puts a foot wrong in her extrajudicial investigation, she’s exonerated by the film’s own logic, rendering her moral crisis as nothing more than a puzzle to be solved.

The Dardennes’ best works are insoluble character portraits, suggestive of life outside the solemn parables that form the backbone of their films. The Unknown Girl is wholly lacking in that sense of a living world in which the action so happens to take place. There are no moments of any spontaneity or distraction, save for an elegant early scene in which Jenny pays what’s intended to be a final house call to a young cancer patient who serenades her with a farewell song so sweet that she promises to continue visiting him. For just a minute, we see something completely independent of plot, but soon that moment becomes nothing more than an aberration in the Dardennes’ most ruthlessly focused, pointlessly deterministic feature to date.