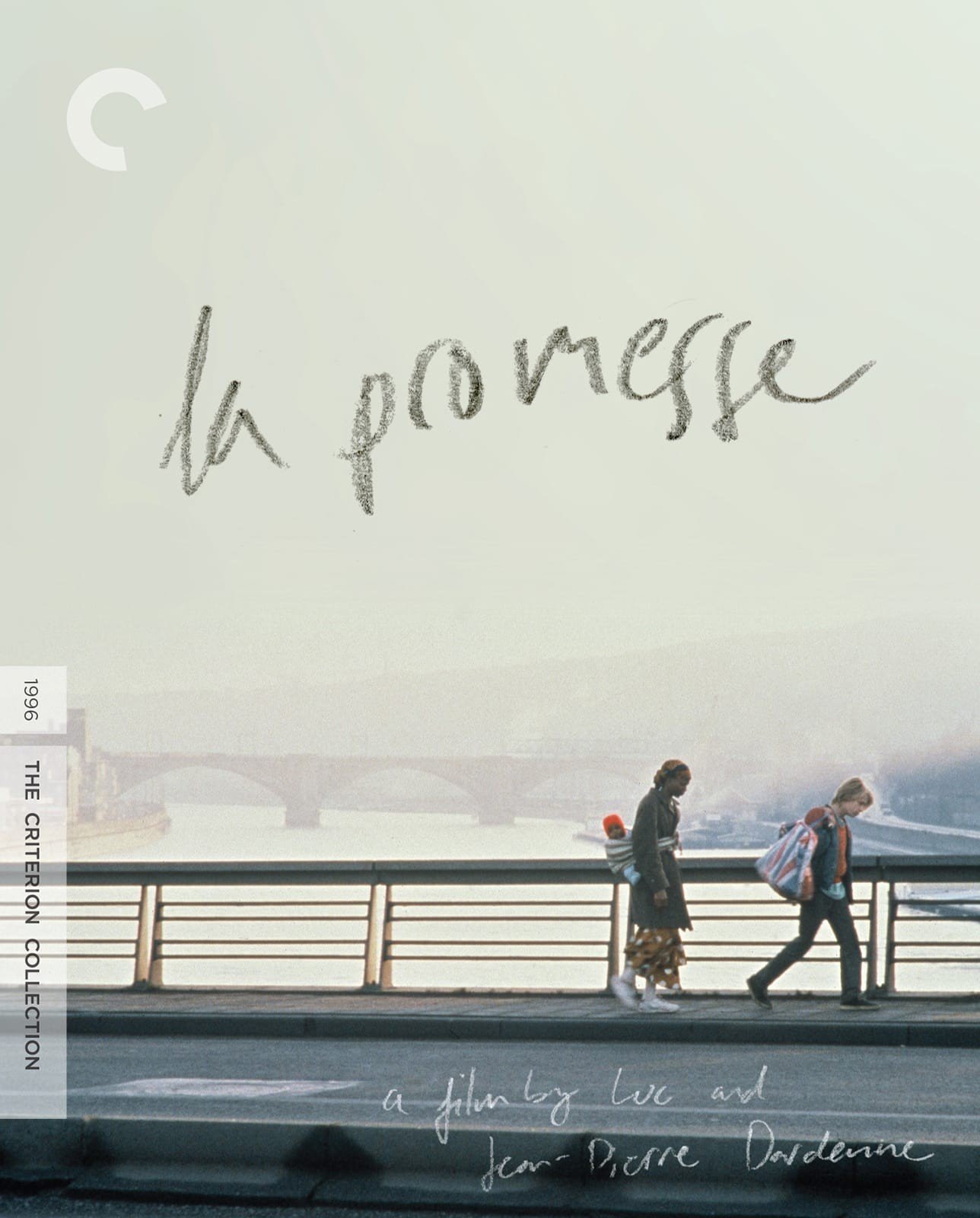 The films of the internationally adored Jean-Pierre and Luc Dardenne have a warm yet irresolvable texture; they’re clinically human. A character must often choose between maintaining (relative) social stability at the expense of internal compromise or risking catastrophe for the sake of extending an act of qualified generosity. The Dardennes’ films are often so wrenching because happiness, or even survival, could prove to be elusive regardless of the characters’ actions. Ultimately, the Dardennes are concerned with the subtleties of the process of wrestling with morality.

La Promesse, as the title suggests, is about the effort of keeping a (desperately made) promise, though it isn’t quite as simple as all that. Teenaged Igor (a brilliant Jérémie Renier) promises a dying man that he’ll see to the safety of his wife, Assita (Assita Ouedraogo), and their baby, but there’s a complicating factor of social status: The man and his family are illegal immigrants that are being exploited financially by Igor’s father, Roger (Olivier Gourmet), who, with Igor’s assistance, chose to bury the man in a cement plot on one of his construction sites rather than seek the medical assistance that may have saved the immigrant’s life. And so we watch Igor as he struggles to suppress his blooming conscience as Assita searches in desperation for her husband, the truth simultaneously underneath and right in front of her.

That could be a perfectly serviceable scenario for a melodrama that would ultimately preach banally of the equality of man after goosing us with a few lurid thrills (on paper it could very easily be a Norman Jewison production), but the Dardennes are more interested in the story as a framework to examine a specific socio-economic class. Set in Liege, which is situated in Wallonia, a French-speaking portion of Belgium (where the Dardennes live), La Promesse is a study of native hustlers who exploit illegal West African immigrants, paying them little for hard labor and managing a way to get even most of that back through over-priced rentals. We see minute details of Roger’s wheeling and dealing: his orders masked as negotiations, his manipulations, and his ultimately pathetic paranoia (he’s a pint-sized Fagin). We also see the immigrants—who aren’t sentimentalized as the gloried magical savages that movies often give us—as terrified, caustic, understandably bitter, and occasionally quite beautiful.

The Dardennes are the kind of directors that will spend several long unbroken minutes watching Igor as he works on a car while training to be a mechanic. Even free of context, these images beautifully establish a rhythm that allows us to understand that this work is Igor’s sanctuary. In context, we eventually understand that this apprenticeship is Igor’s attempt to break free from his father, who cruelly dashes this hope early in the film.

So, La Promesse also concerns a son who gradually comes to realize that his father is a monster, and the Dardennes, in their relentless exactitude, catch the confusing emotional currents that pass between father and son in a fashion that’s unusually realistic for a film. Roger indulges Igor, encouraging him to smoke and drink and even get himself laid. More importantly, Roger grants Igor the occasional act of affection the son clearly yearns for—hugging him or wrestling with him after a nasty altercation. This is the duet of an abusive relationship, a relationship that ultimately indirectly yields, after considerable tension, a startling and heartbreaking act of atonement.

La Promesse is the film that garnered the Dardennes international attention, and in retrospect it’s not just a great movie, but a bold statement of aesthetic intention, a promise the Dardennes, two of the finest filmmakers working today, have already fulfilled. In most films, characters wrestle with morality with grandly melodramatic thrashings that are often accompanied by score or edited into montage, but the Dardennes convey an understanding that’s simpler and more honest: that the act of making even the most wrenching of choices isn’t much of an external show that lends itself to cinema. But the world that informs that choice, that’s cinema, or at least the cinema of the Dardennes.

Alain Marcoen strikingly photographed La Promesse in a beautiful series of hues that could almost be called “naturalist expressionism,” which fits Jean-Pierre and Luc Dardenne’s approach to filmmaking to a tee. The colors are soft with some intentional grain, but there’s a lyrical, almost ghostly quality to the images that was obviously planned. The Criterion transfer is dependably exceptional, as it maintains the intentional grittiness of the image while subtly improving on the presentation you may have seen in a college theater. Blemishes have been eliminated, but the lively scruffiness remains. The 5.1 mix is an upgrade from the film’s original 2.0 mono track and it’s immersive without indulging in show-off techie excess. The integrity of this film’s aesthetic has been respected and honored.

The extras, slim but substantive, collectively refute the ill-advised notion of the Dardennes’ films as miraculous found objects. Scott Foundas’s interview with Jean-Pierre and Luc Dardenne is an exceptional 60-minute piece that affords the filmmakers the opportunity to share the creative frustration that led to their pivotal conception of La Promesse. They also discuss the filmmakers’ intensive shaping of narrative structure (their screenplays often include a number of rigorously planned and unconventional ellipses) and considerable cast rehearsals. Complementing the Foundas piece are brief interviews with actors Jérémie Renier and Olivier Gourmet that offer a welcome actors’ perspective on the Dardennes’ filmmaking methods. Also included is a perceptive essay by film critic Kent Jones and a theatrical trailer.

La Promesse would be important enough if it was merely Jean-Pierre and Luc Dardenne’s break-out film, but it’s also one of their best.