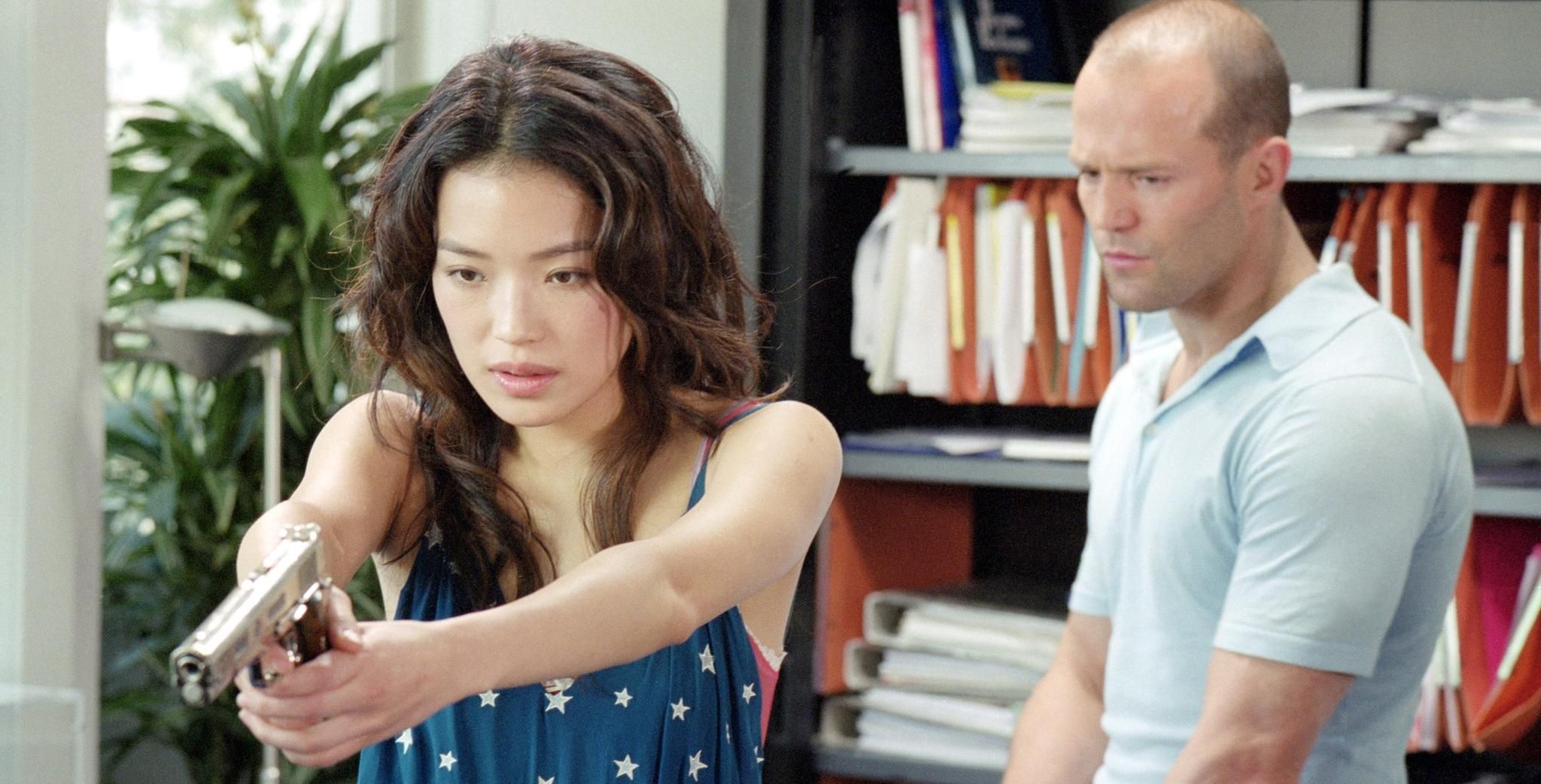 Frank Martin (Jason Statham) is hired as a transporter by various underground French conglomerates. Rule one: Don’t change the agreement. Rule two: No names. Rule three: Never open the package. Frank breaks rule number three on his way to meet a greedy American in Paris named—get this—Wall Street (Matt Schulze). Inside the package: a submissive Asian girl (Shu Qi) determined to stop Wall Street from turning 400 of her people into slaves on the black market. Frank, an ex-soldier, warms up to Qi’s sick puppy-dog routine after baking him some madeleines and obeying his no-talking-in-the-morning clause.

This action yarn directed by Corey Yuen and co-scripted by power-pop auteur Luc Besson reprehensibly uses Asian slave trade as a backdrop for Statham’s choreographed fight routines. Yuen both reduces Lai (Qi) to the level of a prostitute and her pancake-faced father to that of a soulless partner in Wall Street’s abuse of the film’s faceless Asian victims while Besson’s influence is most clearly manifest in the film’s atrocious philoso-speak.

Lai’s self-loathing old man encourages his daughter to speak English and readily justifies his human rights violations via this bit of wisdom: “I do what I do. I am who I am. I’ll never change.” Someone who does change is the beefy transporter but not without the help of his wisecracking Asian princess. When Wall Street incinerates the transporter’s Spanish-style villa, Lai readily submits to Statham’s Vin Diesel prototype after being inexplicably shoved through an underwater getaway lair. Action fans be warned: The Transporter is little more than a cheap knock-off of John Woo’s The Killer. And with Jet Li or Jean Reno nowhere to be found, what’s the point of bringing Yuen and Besson together at last?