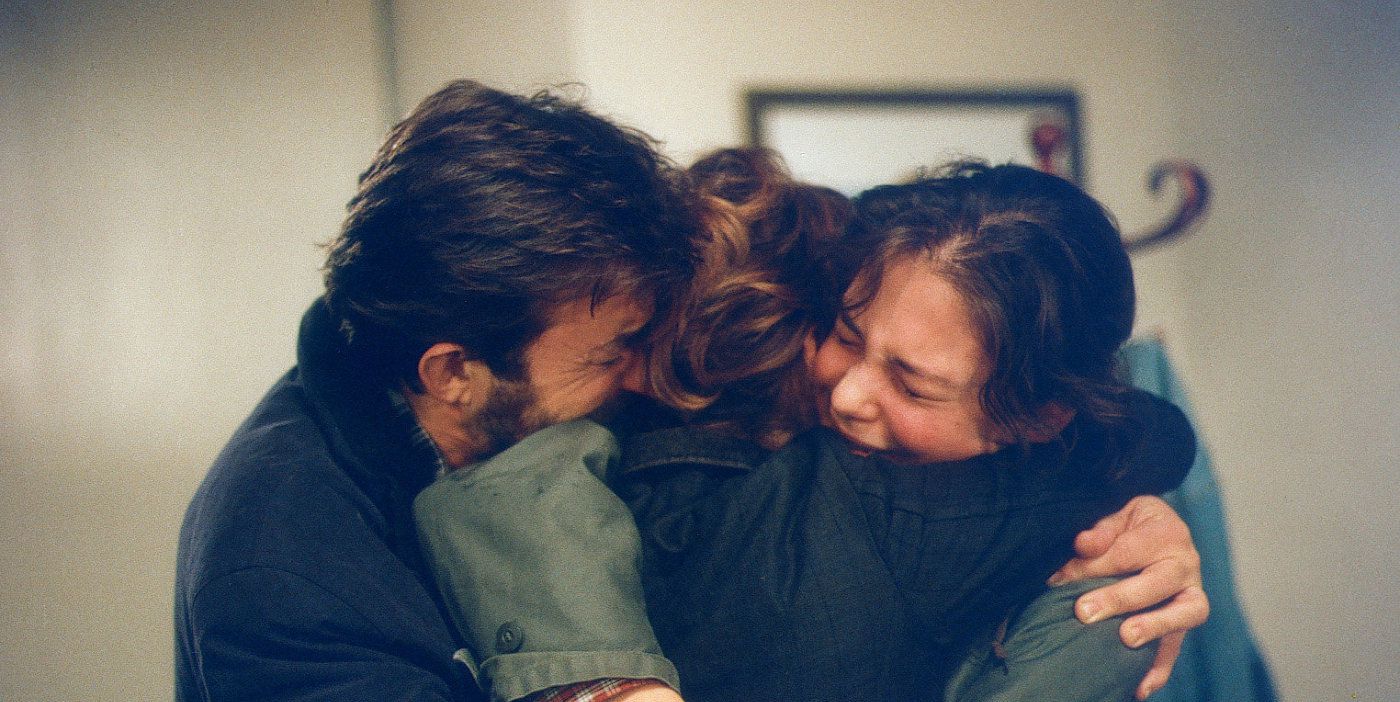 Halfway through The Son’s Room, director Nanni Moretti shifts the rhetoric of his narrative away from an exaggerated view of happy domesticity and into a realm of weepy melodrama. Unlike the twists from Catherine Breillat’s Fat Girl and Takashi Miike’s Audition, Moretti’s mood swing is obvious and lacks the socio-political import that underscores and invigorates some of his earlier work. Psychiatrist Giovanni (Moretti) is a perfect father and husband: he helps his daughter with her Latin homework (perducto means “without hardship you will be guided”—wink, wink); allows her boyfriend to exalt grass (when high, the boy says he’s “looking at the universe”); and initiates group lip-synching during the family’s car trips. Nicola Piovani’s score grotesquely heightens the joy behind every smile, meaning disaster is inevitable.

The emotional cripples who call on Giovanni for help seemingly take themselves for analysts themselves, going on about their problems and egregiously calling attention to Giovanni’s impending doom. One woman’s OCD parallels Giovanni’s later fixation with cracks in the family’s tableware, but Silvio Orlando’s Oscar serves a more immediate function. Though seemingly clear-headed (sitting on Giovanni’s couch, he mutters, “These times call for a more relaxed approach to life”), the suicidal dolt selfishly calls Giovanni to his home during a tragic twist of fate. Giovanni postpones a jogging trip along the Adriatic Sea with his son Andrea (Giuseppe Sanfelice) in order to help Oscar, and just as Oscar declares his renewed appreciation for life (he discovers he has cancer), Andrea dies in an off-screen diving accident.

The near-hysterical portrait of angelic family life that defines film’s first hour gives way to a daunting portrait of grief: Paola (Laura Morante) unnervingly howls her pain from bed, her daughter Irene (Jasmine Trinca) loses her place on the volleyball team because of her aggression, and Giovanni turns completely aloof. Moretti once more calls self-reflexive attention to Giovanni’s workspace: oblivious to Giovanni’s deadness, a patient celebrates his aliveness; and Oscar just so happens to announce his disgust for children, forgetting his doctor’s loss. Throughout the film, Giovanni’s grief only feels real and vibrant when he is in solace, when he obsesses over tiny details like the sonic bridges in opera songs and the rubber pieces of scuba diving equipment that gauge air content.

Even when his patients-cum-comedians grow sympathetic to Giovanni’s plight, the broken man never allows himself a shred of selfishness (which, of course, would compromise the film’s weepiness). As Moretti delves deeper into Giovanni’s work, focus is shifted away from the family arena. Though the film shines when Paola and the family seek comfort in Andrea’s death by connecting with a girl their son met at summer camp, Paola remains a cipher throughout. Cue Brian Eno’s “By This River,” which blares from a car radio as the family stands near the sea that killed their Andrea: “Here we are stuck by this river/You and I underneath a sky/That’s ever falling down, down, down.” In this one stoic moment, not only does the family seemingly escape their grief but also the Rob Reiner soap opera Moretti thrust upon them.