“Is that dill?” isn’t the sort of dialogue one expects to hear from the antihero of a gun-toting western film, but then co-writer/director Jacques Audiard’s The Sisters Brothers isn’t your average western. It may in fact be among the most gentle of its kind, a darkly comic but endearingly mindful film about the intrinsic, differing values of happiness…and gold.

John C. Reilly—who bought the rights to the 2011 Patrick deWitt novel upon which the film is based—stars as Eli Sisters, the man who makes the aforementioned herbal inquiry. Reilly is also credited as executive producer, which means it’s inevitable that The Sisters Brothers comes off as less a show of auteurship for Audiard than an actor’s handiwork. It does, however, make sense to see Audiard behind the camera here, as he’s spent much of his career making films that show an interest in the softer edges of hard men, from the piano-playing hood in The Beat That My Heart Skipped to the prisoner prone to spiritual contemplation at the center of A Prophet.

Set in 1850s Oregon, in the midst of the Gold Rush, the film takes its name from the cool-headed Eli and the loose-cannon Charlie (Joaquin Phoenix), two bounty-hunting siblings. Charlie, the yin to his brother’s yang, is somewhat slower in the head than Eli but far quicker to the draw. The story, which has been adapted for the screen by Audiard and his frequent collaborator, Thomas Bidegain, follows the brothers’ journey in parallel with that of the men they’ve been hired to track down by a Big Bad known only as the Commodore. Their target is Hermann Kermit Warm (Riz Ahmed), a man who’s rumored to have concocted a priceless formula that makes gold glow in water and, as a result, makes prospecting for it a great deal easier.

Early in the film—in what could be called a meet-cute—Warm partners up with John Morris (Jake Gyllenhaal), the man who was originally sent to capture him, and the filmmakers suggest, through some subtle direction, that their relationship is based more on mutual affection than financial gain. This hint of homoeroticism brings both a compassionate dimension to The Sisters Brothers and positions the film, which is so alive to the rush of discovery, as a kind of metaphor for the unknown into which the characters peer. There’s an undeniable pathos to Reilly’s lumbering Eli coming across a toothbrush for the first time, as if the man were conscious of living inside a myth.

And further taking the film into the realm of allegory is a subplot involving a utopian group to which Warm belongs. We’re told that the collective is looking to establish a new democratic society somewhere in Texas that will be based on socialism and equality and so forth. Given the time period, the casting of British-Pakistani Ahmed is of note, not least for the fact that at no point does another character comment on his ethnicity. With this and the unspoken knowledge of Warm’s sexuality, The Sisters Brothers proffers a sort of Edenic vision, comedic but tinged with sadness, of a latter-day El Dorado that’s worth basking in, if only as a buffer against the inevitability of its fall. 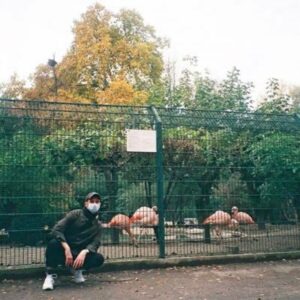 Rory O'Connor is a Berlin-based critic whose writing has appeared in CineVue and The Film Stage.

Review: Can You Ever Forgive Me?