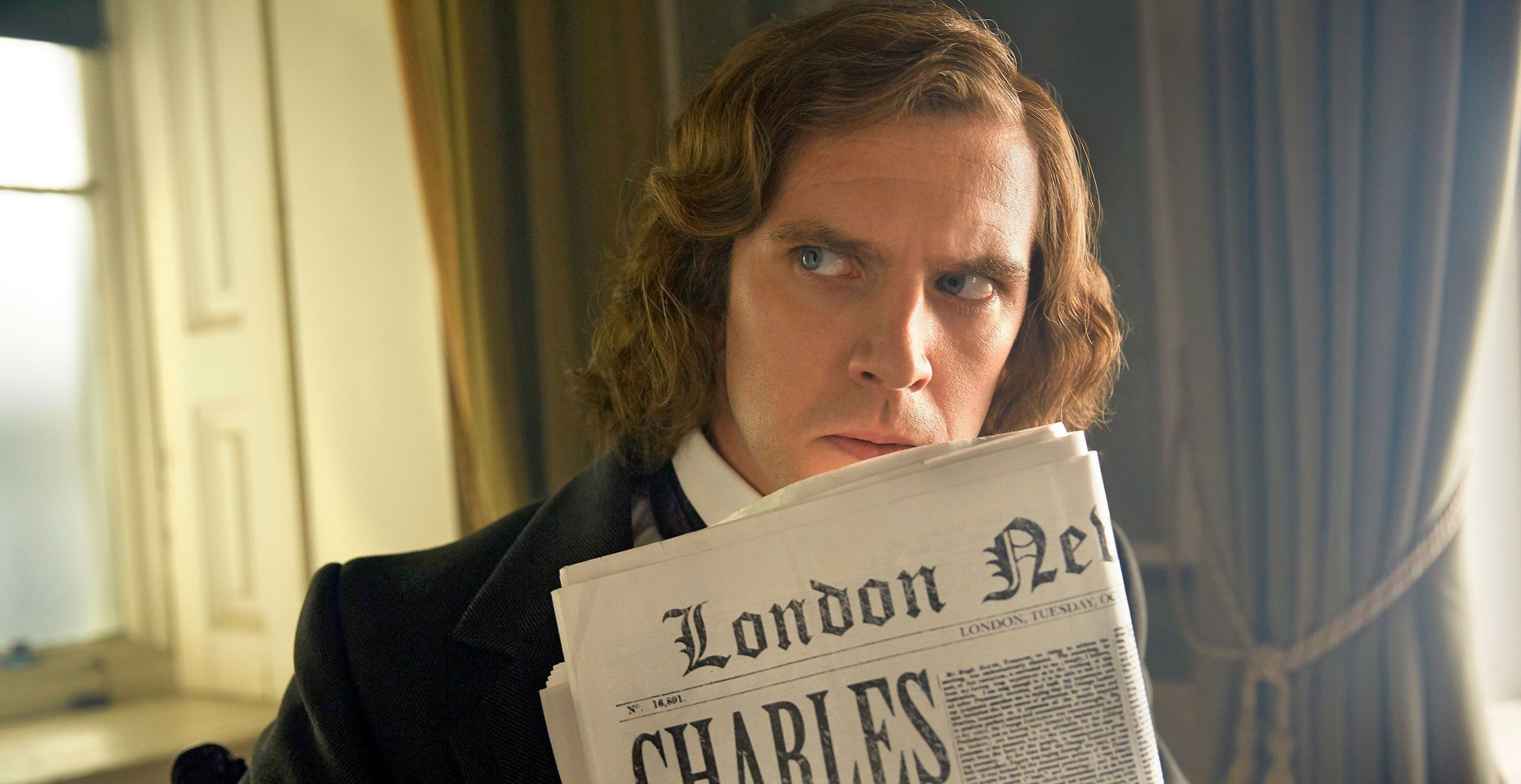 Since “humbug” is already spoken for by Ebenezer Scrooge, “opportunistic” would be the most apt word for The Man Who Invented Christmas. Or at least its title, as the amount of screen time devoted to explaining how Charles Dickens’s A Christmas Carol helped to rehabilitate, if not utterly invent, the role that Christmas would forevermore play in Western culture is as diminutive as Tiny Tim. This aggressively teal-and-orange extended film trailer spends absolutely no time on the reception and legacy of Dickens’s 1843 novella, and all its time showing the author wrestling with his demons as he stalls at the writers’ table. The holiday film genre requires at least some merry payoff, but this entry may as well have been titled Writer’s Block: The Film.

On the eve of writing A Christmas Carol, Dickens (Dan Stevens) is three flops deep, with copies of the most recent of them, the anti-slavery travelogue American Notes for General Circulation, being burned in the streets. He needs a hit, and his publishers and creditors and pauper father (Jonathan Pryce) are all aware of it. His desperate pitch for an advance sees him promising a Christmas tale, though as everyone is quick to point out, there’s no longer any real market for yuletide cheer, since evidently celebrating the holiday went out with, presumably, the Spanish Inquisition. (Again, the film doesn’t ever bother explaining the very things its title promises to depict.)

As the impossible weeks-long deadline looms for Dickens to write his story, arrange for ornate illustrations to accompany it, and get it to the printers in time for the tome to hit store shelves by December 25, he finds himself unable to shake the crippling weight of his recent failures. So even though the characters he’s created for the book appear to occupy physical space with him in his writing chambers, Scrooge (Christopher Plummer) and the rest don’t guide Dickens’s pen so much as goad him into noisy fits of self-doubt, much to the consternation of his chambermaids (chief among them Mrs. Fisk, played by an utterly wasted Miriam Margolyes) and wife (Morfydd Clark), who by any right ought to be considering an appointment with the district sanatorium.

It would be bad enough if The Man Who Invented Christmas were another one of those films wherein a canonical genius is shown to be nothing more than a canny and opportunistic observer, transmuting everyday experiences into art in the absence of, you know, actual talent. But aside from burying its entire reason for existing in the coda’s hasty set of title cards—informing that A Christmas Carol’s smashing success alone boosted the holiday’s cachet—the film doesn’t seem remotely aware of the scenario’s ultimate irony.

Dickens’s tale positioned itself as a screed against the industrial age’s inequities, and in support of the importance of kindness for society’s downtrodden. The film’s final message claims that the novella helped to create an annual reminder that charity is one of humankind’s finest virtues. Sure, why not? But the holiday that Dickens given credit for rescuing here also represents the splashiest, most firmly entrenched triumph of the same capitalism that his work so unambiguously held in suspicion, no more so than in hollow tinsel commercials such as The Man Who Invented Christmas.