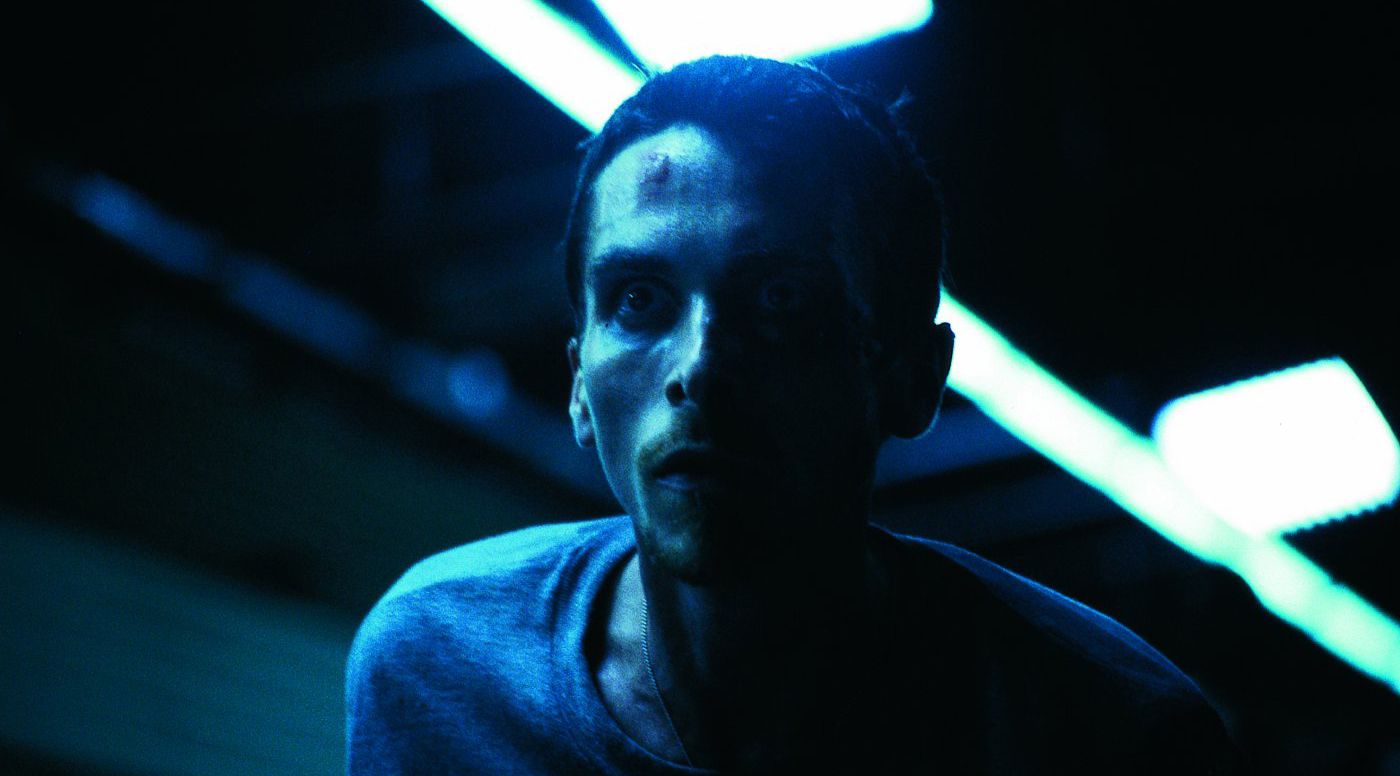 Brad Anderson’s atmospheric but shallow The Machinist comes with a powerful special effect: Christian Bale. For his role as an industrial machine worker who hasn’t slept in over a year, the actor allegedly dropped 60 pounds on a diet that consisted of one can of tuna and an apple a day. Shortly after meeting a kitchen-sink Morpheus (Michael Ironside) on his cigarette break, strange things begin to happen to Trevor Reznik (Bale): a Post-it note with an active game of hangman appears on his refrigerator; the child of a woman he’s after has an epileptic seizure on a carnival ride called—get this—Route 666; and then the refrigerator starts bleeding. What’s inside? Not much really. Drenched in washed-out noir shadows by Xavi Giménez (Intacto, Darkness) and scored by Roque Baños to within an inch of Bernard Hermann’s grave, The Machinist’s aesthetic is as sick as Bale’s concentration camp figure, but like his 2001 spooker Session 9 and the previous year’s Happy Accidents, Anderson’s latest similarly trades in karma but allows mood to trump emotion. The director has an uncanny ability to make it seem as if he doesn’t have a card up his sleeve: Assuming his audience will dismiss the film’s non-stop weirdness as a product of a sleep-deprived man’s imagination, Anderson is able to code an interesting Madonna/Whore Complex in Trevor’s relationship to an airport waitress (Aitana Sánchez-Gijón) and a local prostitute (Jennifer Jason Leigh). Sadly, it’s all smoke and mirrors. There’s only so long Anderson can downplay the rationale behind Trevor’s yearlong bout with insomnia, and by the time the last reel rolls around, the gimmicky Machinist reveals itself to be an elaborate joke. Somber and mysterious, Anderson’s film so successfully reduces tragedy to a punchline that the lead character ultimately exists less for himself and more for the gratification of the Memento fan club. The film may turn on a few light bulbs, but that doesn’t make it very bright.