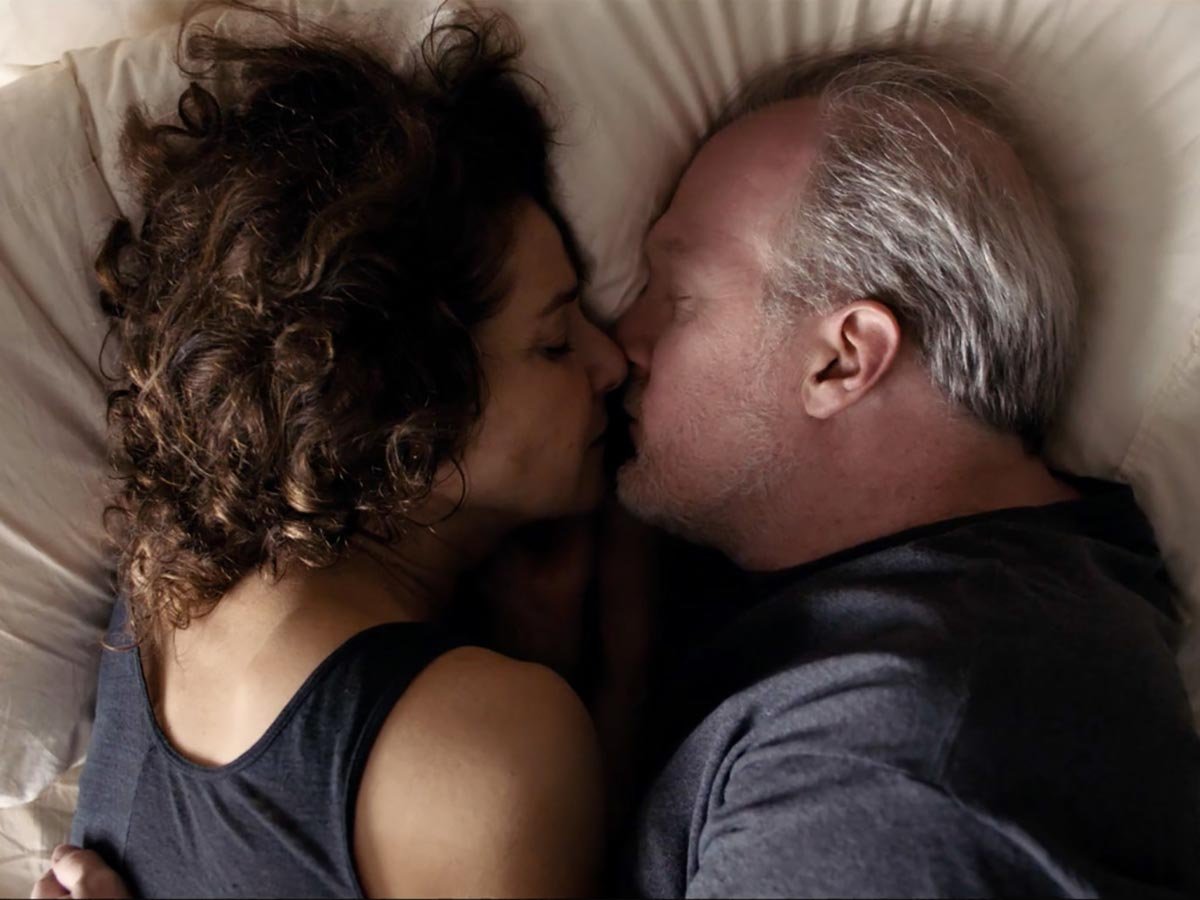 Movies as diverse as Nerve and Personal Shopper are finding increasingly clever ways to integrate smartphone technology into original screenplays, but too often, filmmakers betray little regard for how their characters actually use their phones, as in T2 Trainspotting’s friendless, modern-life-hating ex-junkies playing with Snapchat filters. Writer-director Azazel Jacobs’s The Lovers is unusually perceptive about how the adulterous, middle-aged characters at its center use their phones. They take measures to conceal their affairs, but they aren’t nearly as discrete as they should be.

Michael (Tracy Letts) and Mary (Debra Winger) are a long-married couple both reaching critical points in their illicit extra-curricular romances. Both husband and wife seem so preoccupied with covering up their affairs that they can barely remember to buy toothpaste or get to work on time, let alone learn how to conduct a secret tryst in the smartphone age. Early in The Lovers, Michael receives a call from Lucy (Melora Walters), the fragile ballet teacher he’s been carrying on with, and his caller ID labels her “WORK.” It’s one of the film’s better jokes, not only because Jacobs’s screenplay is preoccupied with how exhausting it is to keep up with the false narratives inherent in orchestrating adultery, but because the viewer gets the sense that Michael is extremely proud of himself for devising this feint.

The film’s opening act unfolds in arch, choreographed parallels, united by a ubiquitous orchestral score that labors mightily to elevate the script’s mild humor into a rarified romantic farce. Mary’s life, too, is consumed by stolen drinks and lunch breaks with an attractive aspiring writer, Robert (Aidan Gillen). Her phone’s glow radiates through her pillowcase every night, as Robert persistently and pathetically texts her to reaffirm their bond. She and Michael both independently promise their partners that they’ll divorce after they break their news to their college-aged son, Joel (Tyler Ross), but the couple can’t help but give off an ambivalence about their fate.

What’s the difference between living a lie and committing to a relationship that’s founded on those lies? Their mutual, unspoken exhaustion is amplified by their unsatisfying middle-class jobs and the unmitigated neediness of their lovers, both of whom exhibit erratic behavior that correlates with their artsy personas. At home, Michael and Mary struggle to utter consecutive words to one another, but once a conversation about Chinese takeout turns crass and lustful, they get turned on by the idea of flipping the script on their lies, rekindling their marriage by making it feel like another act of adultery. It begins over the phone and bleeds into real life.

Jacobs’s film takes some shrewd steps to update the comedy of remarriage for the age of the smartphone, but it suffers from a hidebound theatricality. Despite its original screenplay, The Lovers feels uncannily like a stage play flailing to justify its transition to a different medium. A family reunion where buried secrets come to the foreground—a tried-and-true theater trope—animates the second half of the screenplay, and the film’s dual leads are exceedingly charming even as they play to the rafters. Letts’s commanding baritone and exquisite diction are an awkward fit for a character as prototypically emasculated and ineffectual as Michael, while Winger’s composure and quiet confidence seems slightly out of step with Mary’s broad, elaborate expressions of weariness. (When Michael sits next to her on the couch, her response could qualify as an aerobics routine.)

Like Mandy Hoffman’s willfully obtrusive score, every fussed-over line, nuance of posture, and methodical camera movement in the film draws attention to its construction. Where the hermetic setting of Jacobs’s Momma’s Man gestured to the burden and—with its stacks of books and film reels—literal combustibility of familial relationships, the tidy and oddly configured confines of The Lovers ignore history and turn marriage into a convention.

This is, to a certain extent, part of the point. Every relationship is at least partially an act of performance, but Jacobs seems more interested in exploring ways of framing his characters in different rooms within the same shot than in recognizing Michael and Lucy’s most achingly human weakness: their impulse towards self-sabotage. The men in the film register as familiar commentaries on wounded masculinity, still burdened in middle age by the unrealized ambitions of their youth, while the women are frustratingly elusive and thinly drawn. There are stretches of The Lovers where this scarcely matters. Letts and Winger are capable of suggesting depths Jacob’s script never gestures toward, and Michael and Mary’s renewed passion lifts the film to occasionally sublime heights, culminating in one shot that explicitly turns their home into a set where performance and reality collide. It’s an audacious and bracingly literal move, but the scene only partially justifies Jacobs’s self-conscious direction. The Lovers’s insistent score keeps suggesting that marriage is both a grand symphony and an inherent farce, but the film becomes cutesy and undercooked whenever it tries to have it both ways.