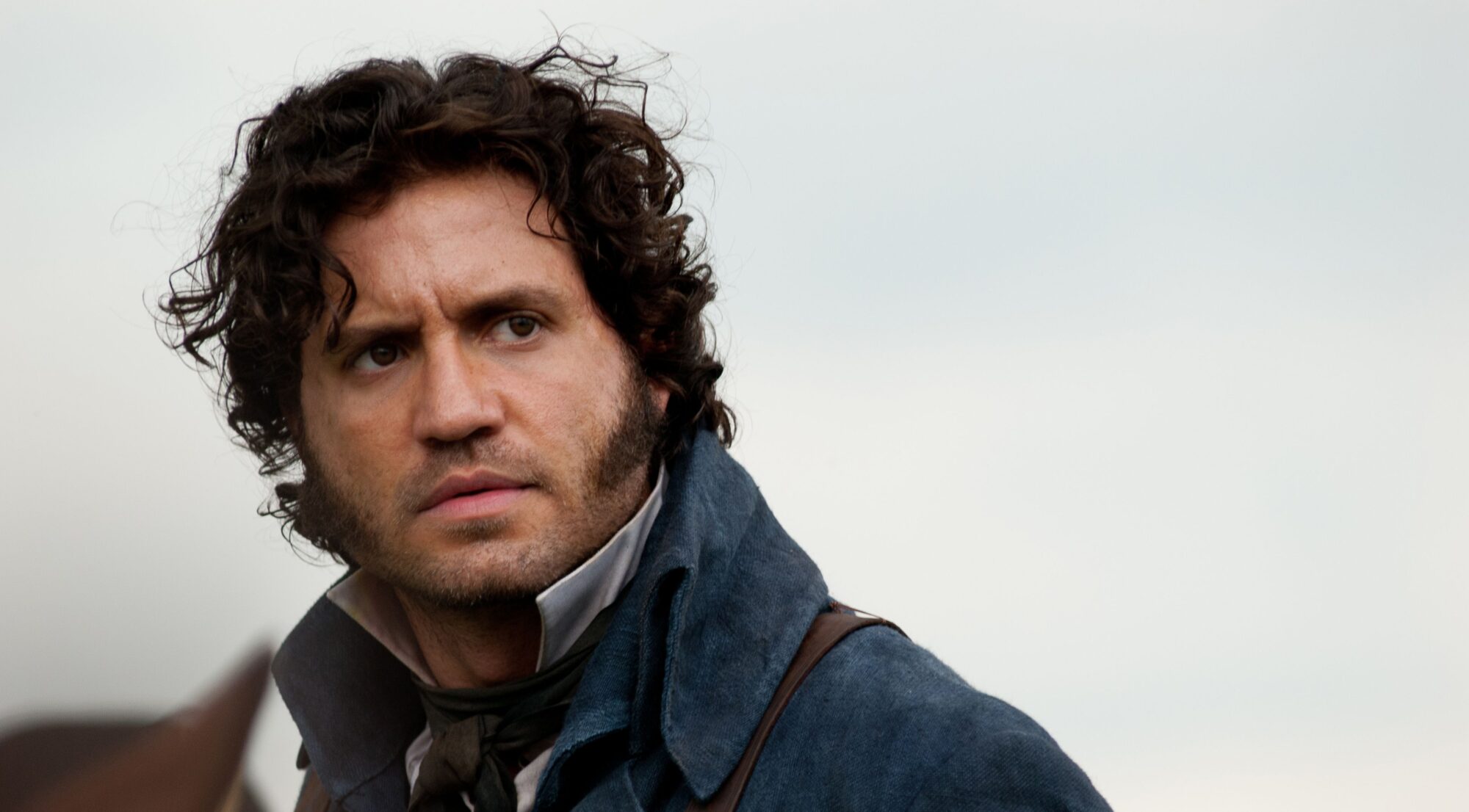 There’s a moment that pretty much tells the story of how The Liberator tells its story: After delivering an epigrammatic one-liner about the future of South America, Simón Bolívar (Édgar Ramírez) cuts a check just as the film smash-cuts into the middle of the war financed by that check. The intervening years, and the web of people and causes and actions leading to war, are also trimmed away by the cut as we’re dropped into the chaos of a battle in which the only course of action seems to be continuously pushing forward. If we stipulate Bolívar’s heroism and political significance, we should also stipulate that history is multifaceted and complex, perhaps too much so for a two-hour film. The Liberator struggles under that burden, and in trying to encompass the whole of Bolívar’s life, it unfortunately also suggests that the fate of an entire continent flowed from the psychological scars of the son of a dead mother and husband of a dead wife, which is fine if you’re dealing with a fictional action hero as opposed to playing with the live grenade of historical discourse.

Directed by Alberto Arvelo and penned by Children of Men screenwriter Timothy J. Sexton, the film follows Bolívar’s rise from “little rich boy” among the Venezuelan colonial elite to revolutionary military and political hero in the fight for independence from Spain. It’s upfront about psychologically lensing the world through Bolívar’s eyes, as in the first sequence that intercuts between Bolívar the man escaping from a coup attempt and Bolívar the boy running away from his mother’s wake. It’s also seen in the way the environment is so drastically pinned to Bolívar’s temperament and position in his predestined historical arc: When he first brings back his wife, María Teresa (María Valverde), to Venezuela from Spain, the landscapes are bright and lively, complete with colorful storybook butterflies. When María falls ill, it takes but an instant for the skies to go grey and stormy as a background for Bolívar to brood.

Of course, these rapid transitions come from the demand to keep pushing forward. Time isn’t on the side of this film, but rather, time drives it. However, it doesn’t take a 1970s neo-Marxist Cahiers du Cinéma editor to see that these kinds of symbolic condensations also mythologize and deify their subject. In order for the world of the film to make sense, you also have to buy into the message underlying that world. In another scene, Bolívar suffers temporary exile into the jungle, and we see him punching a child and choking him in the mud for stealing his boots; this is presented as a crisis of conscience. Another quick cut and suddenly we’re seeing him giving a rousing speech to the men (including that same child) before heading into battle. In order to make that transition work, we have to believe there’s something special about Bolívar, that he’s already a hero so as to get people to so easily follow him, as opposed to showing the long process of learning, contemplation, and dialogue that social change actually requires.

And so this is the process of the film: It cannot show history with any sort of complexity, so it instead gives us masses of people moved by Bolívar’s words, and gorgeous sweeping vistas of the landscape backed by a stirring orchestra. We get montages of battles and movement, and symbolically charged moments like Bolívar dancing with his slaves and laying hands on a beatific native woman in order to justify the claim of founding fatherhood for all the people of the continent. Arvelo and Sexton go so far as to endorse the “Bolívar was assassinated” theory as much as they can without stating it outright. The film instead works best in its small moments: Bolívar in love, or the camaraderie he shows on the battlefield with his compatriots—and these moments give Ramírez the chance to play a human being rather than a symbol.

My own inner ‘70s neo-Marxist Cahiers du Cinéma editor demands that I also point out the resonant timing between the release of such an ultrapatriotic film and the intense political unrest in Venezuela. In its sweeping bird’s-eye battle views and reliance on gestural symbolism, this rendition of a centuries-old story can’t help but resemble a centuries-old art form: the historical painting. That genre of painting derived its overflowing prestige from depicting the actions of Great Men and great battles. What those work said, far more than whatever they were supposed to be about, was: “I have been authorized by wealth and power to transmit this image to you. The truth cannot fit in this frame, but let’s pretend that it can.”