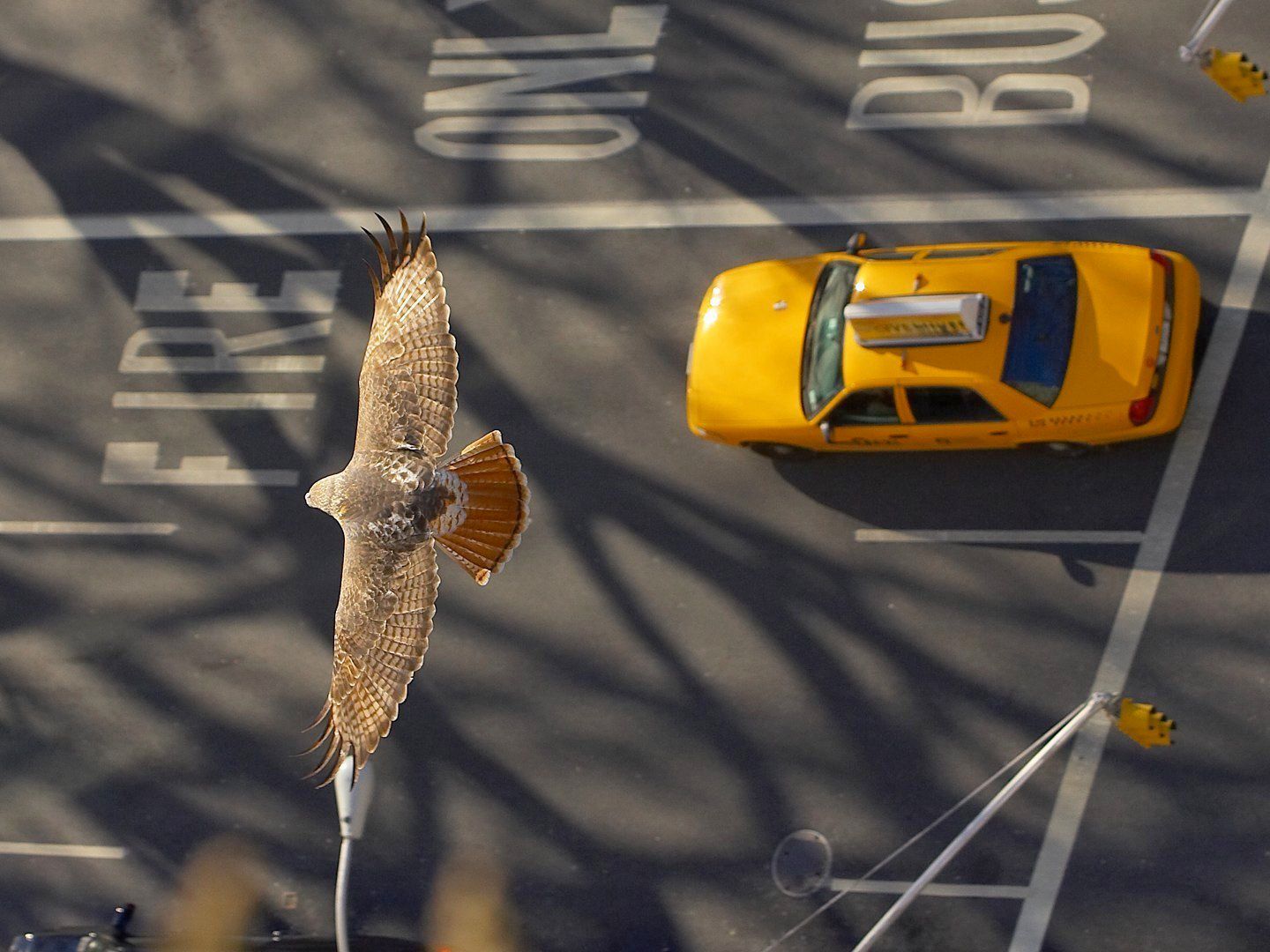 At the beginning of The Legend of Pale Male, director Frederic Lilien explains how his initial glimpse of the titular red-tailed hawk during a lunch break in Central Park inspired him to embark on a career as a “wildlife filmmaker.” The first half of his documentary suggests that he might have a talent for it, as long as the definition of “wildlife” is expanded to include not only the ornithological, but also the faithful New Yorkers for whom the anomalous appearance of an avian stranger became an obsession.

Chronicling a decade and a half in the life of the first red-tailed hawk to be seen in the city in over 100 years, Lilien’s film is the product not only of awed bird worship, but diligent gruntwork, the director showing up day after day hoping to capture the key moments in Pale Male’s life, whose certainty of purpose, Lilien’s playful narration explains, contrasts tellingly with his own wavering conviction about his choice of career paths. But capture them he does (or someone does; a credit suggests that some of the footage comes courtesy of National Geographic). Regardless of provenance, the film is full of remarkable telephoto shots of the hawk snatching a pigeon out of the air, singlehandedly warding off a group of crows, mating with one of his four (non-concurrent) partners, and feeding his newly hatched chicks.

More importantly, Lilien turns his lens on the diverse group of locals who form a unique community of shared interest, what the director calls the “fellowship of the bench.” When, returning from his native Belgium after several years away, he finds one of his best friends (and one of the film’s most colorful characters) dead and another in the late stages of terminal cancer, there’s a genuine sense of something valuable lost, apparent enough even without the mournful strings on the soundtrack.

But for all the good vibes Lilien creates around the community, there’s a troubling sense of compensation among the observers, a projection of human terms onto nature to make up for the observers’ apparent dissatisfactions with their own lives. Lilien doesn’t dig very deep, but the attitude is apparent enough: one observer explains that she likes Pale Male because he’s a good father (unlike her own), a woman writes a children’s book framing the birds’ mating as a “love story,” another observer speaks of the hawk as having a “big heart,” as if such human concepts applied in the world of nature. All of which is why I’m a little skeptical about the film’s second half, in which Lilien’s shortcomings as a narrative filmmaker become apparent.

When the powerful co-op board of the luxury building on whose window ledge Pale Male and his mate have built their nest decide to remove the hawks’ home, a public outcry ensues. Quick to frame the narrative in its simplest David vs. Goliath terms, Lilien pits the community of regular New Yorkers who faithfully follow the birds against the mean-spirited corporate executives and investment bankers who live in the building—with Mary Tyler Moore the only resident to come out on the birders’ side. No doubt, there’s some truth to this watered-down populism, but it ignores the rights of the tenants, however rich they may be, to not have telescopes and long lenses trained on their building nearly every minute of the day.

More disturbing are the mass protests that crop up almost immediately after the nest removal and grow in size and influence (the news media eats up the story) until the board is forced to cave. The lesson imparted here—and one that Lilien fails to address—is that the fate of a family of birds sparks a citywide mobilization only because we can see our idealized selves in them. Apparently we Americans can’t make the same leap of identification with the victims of our overseas bombings and occupations or with the poor being squeezed out of our cities or else maybe we wouldn’t waste our time demonstrating about something so relatively insignificant as a few displaced birds, no matter how much “beauty” they may bring to the city. Imagine what could happen if all these outraged citizens started protesting about something that actually mattered.