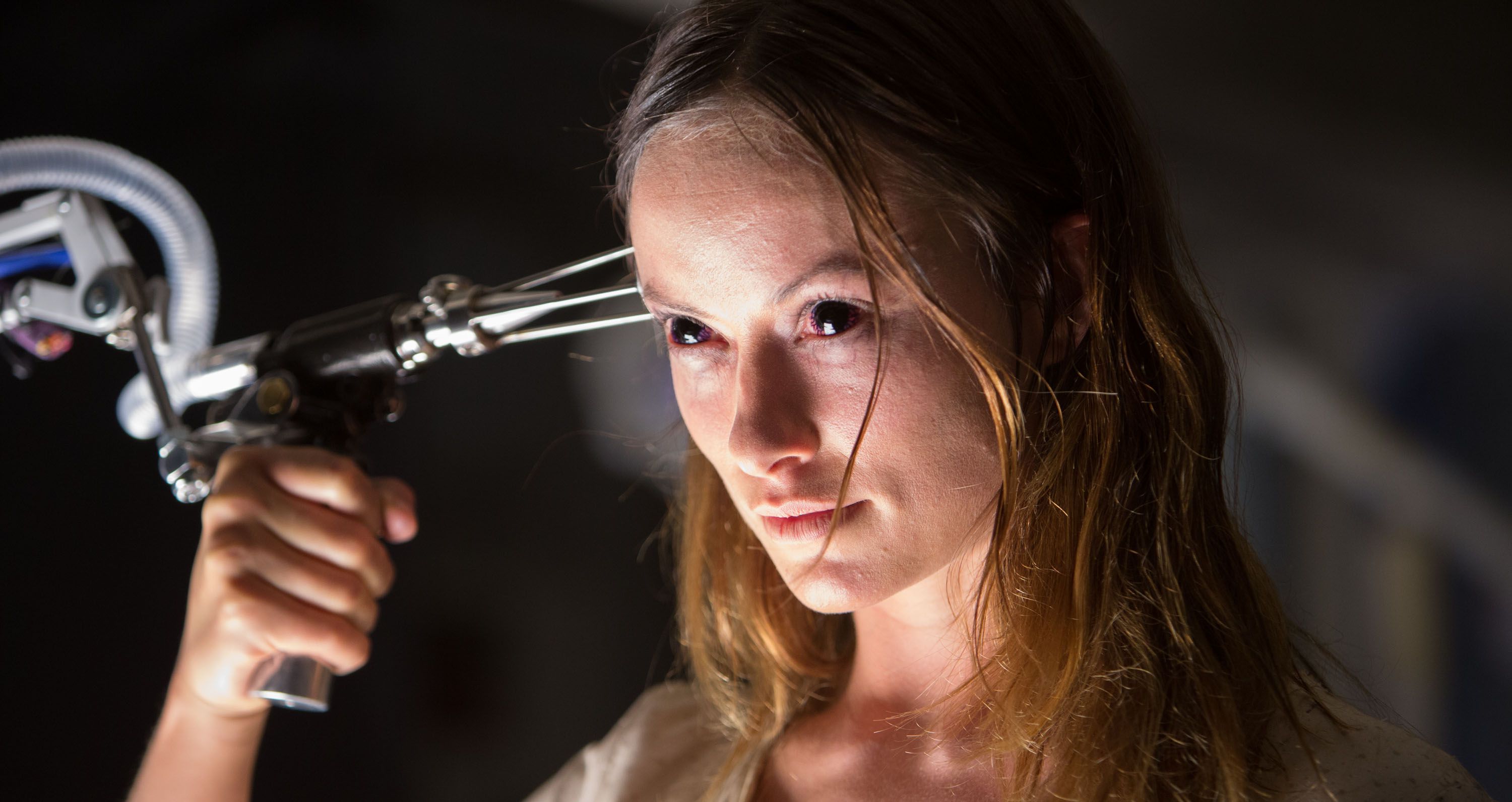 Olivia Wilde has a gift for investing her characters with displays of discomfort that subtly articulate the baggage of the past. In The Lazarus Effect, she reveals her character Zoe’s understanding that Niko (Donald Glover) wishes he could be more than friends with her with a simple turn of the head. But she works on a subtext-driven register that’s ill-fitting for this insipidly plotted and shot horror film about research scientists trying to bring the dead back to life. Once the powers that be learn of the success of their first trial (on a pooch that quickly shows signs of going full-on Cujo), their project is shut down for nefarious reasons that are, like the cameo by Ray Wise, swiftly swept under the rug. Zoe’s fiancé, Frank (Mark Duplass), insists that they take matters into their own hands by replicating the results of their trial on a second dead dog, but when an incoherently staged electrocution kills Zoe, she becomes the test subject. One plot contrivance leads to another, with Zoe emerging from beyond the grave as the mean-girl version of Scarlett Johansson’s Lucy, firing on just about all cylinders of her brain. And where Luc Besson might have staged The Lazarus Effect’s jump scares with a sense of decorous claustrophobia, director David Gelb doesn’t evince so much as a single compositional sleight of hand, merely delighting in turning lights on and off and watching Zoe appear in random places. Worse, though, is how feebly the live-wire debate of faith versus science underscores the exchanges between the doubting Frank and the devout Zoe, and how a certain trauma from Zoe’s past isn’t mined for insight into how guilt informs her violence, but to lay the cheap groundwork for an unnecessary sequel.