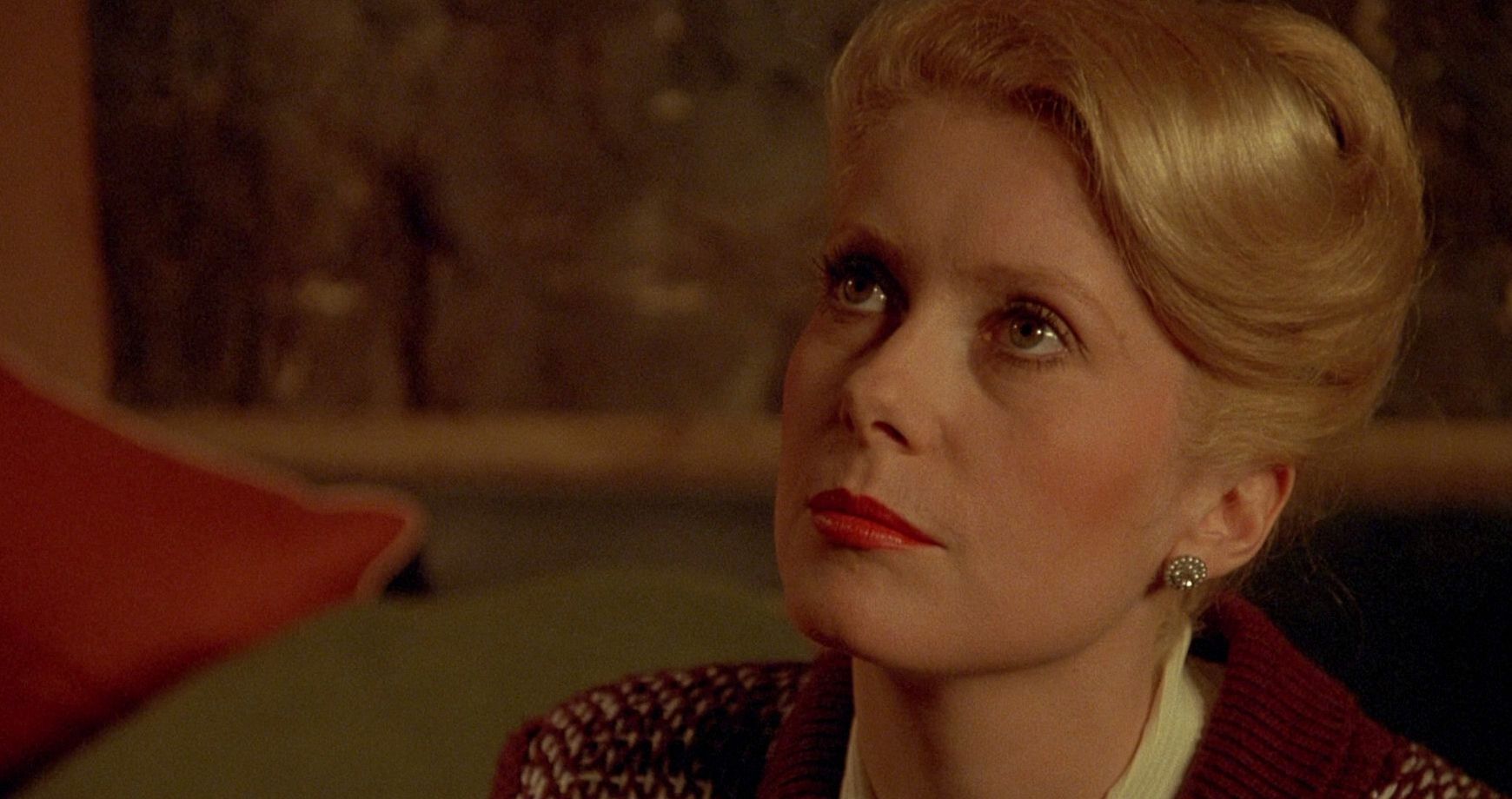 Taking a page from Lubitsch’s brilliant To Be or Not to Be, François Truffaut posits theatricality as wartime solidarity and resistance in his late-career hit The Last Metro. As Parisian life continues under the curfews and regulations of the Nazi occupation, so must the show go on in the Théâtre Montmartre. Run by stage doyenne Marion Steiner (Catherine Deneuve) after her Jewish playwright-husband Lucas (Heinz Bennent) is forced into hiding, the theatrical company functions as a junction of personal and artistic intrigue, its pageantry both reflecting and warding off the dangers outside the confines of the proscenium. Among the stage habitués is a lesbian dresser (Andréa Ferréol) secretly in love with Madame Steiner, a virulently anti-Semitic reviewer (Jean-Louis Richard), and most tellingly, a fiery young actor (Gérard Depardieu) with connections to the French Resistance.

Based on accounts of artistic struggle during the Occupation and remembrances by Truffaut and co-screenwriter Suzanne Schiffman, Last Metro is smooth and crowd-pleasing. It is also untouched by the sense of searching danger a tougher film would bring to the same scenario; the ambiguous guilt of Malle’s Lacombe Lucien or the mordant study of identity of Losey’s Monsieur Klein could never pierce through the picture’s fuzzy-centered nostalgia. Its tastefulness seems at times disturbingly willed: The audiences are too well-dressed, the Nazis are mostly harmless extras observing from the corner of the frame, and the Star of David badges the Jews had to wear are just fashion inconveniences.

As a portrait of a time, Last Metro is a warmly performed and deftly shot trifle. As an unofficial companion piece to Truffaut’s Day for Night, however, it fascinates. Not unlike Truffaut’s withdrawn filmmaker in the earlier film, Bennent’s stranded playwright points to a self-portrait of the artist removed from the work, benevolently overseeing the drama, but unable to come closer and see the inner complexities. It’s a position that gives the film its charm and its limitations.

5 for the Day: Ruth Gordon