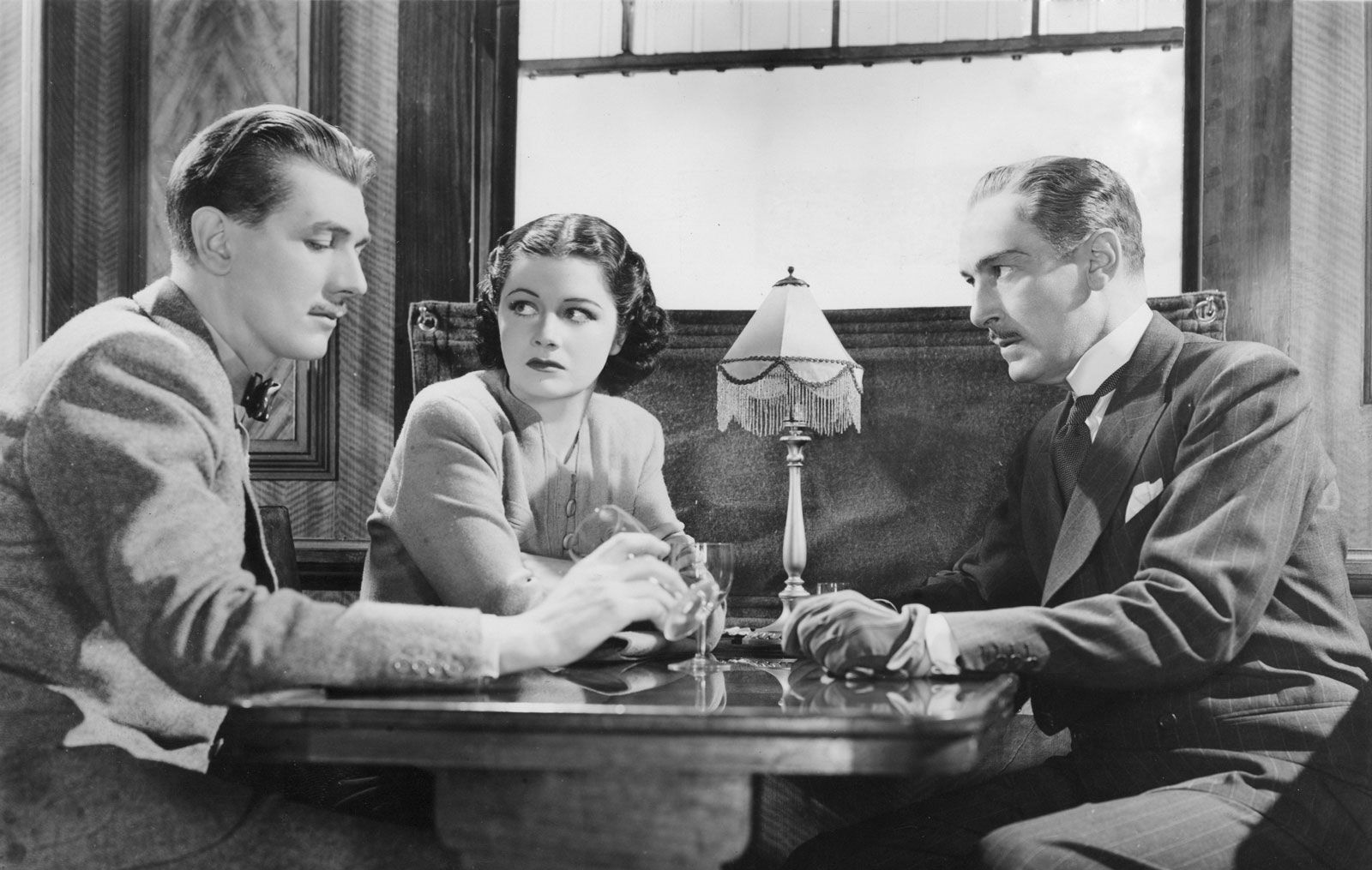 For the man who would become the “master of suspense,” Alfred Hitchcock’s 1938 film The Lady Vanishes gets off to a somewhat lumbering start. In a fictional Eastern European country, several British citizens suffer through a long night in a crowded hotel, sharing cramped rooms with maids and tolerating the rousing music of the quaint, multilingual villagers. Though the situation sets up a fateful meeting between playgirl bride-to-be Iris (Margaret Lockwood) and the English rake Gilbert (Michael Redgrave)—as she memorably puts it, “You’re the most contemptible person I’ve ever met in all my life”—little else juices up the first act of the story. Even after Iris boards a train to return to England, befriending the titular old lady who promptly goes missing, Gilbert aids Iris’s search more out of chivalric politeness than concern. A good half the film chugs on by before both realize a more sinister game’s afoot—and the movie is suddenly injected with that good old Hitchcockian suspense.

In less skilled hands, the film’s slow start would be a problem. Thanks to thrilling visuals and an effortless performance by Redgrave, Lady Vanishes is a lively companion piece to Hitchcock’s other magnificent British-made hit, The 39 Steps, about an innocent man mistaken for a spy. Early examples of Hitchcock’s trademarks abound in both films: mistaken identities, match editing, imaginative tight-quarters shooting—including in Lady Vanishes a terrific matte shot of Gilbert hanging out of a train window while another train approaches and blows by. This is to say nothing of an English sense of humor drier than burnt toast: “Find anything?” Gilbert asks the prominent brain surgeon who’s recently operated on a British cabinet minister, to which the doctor replies that he found a small cerebral contusion. “Better than nothing,” Gilbert says. (Somewhere a drummer missed his cue for a ba-dum-chick.)

What separates Lady Vanishes from the more fundamentally Hitchcockian 39 Steps, and makes it more remarkable, is its genuine sense of purpose. The film is a comic satire on British blindness to Germany’s rising threat, standing now as Hitchcock’s cleverest statement on the war. A cover-up is conducted on a train by a string of Germanic nobles, Italian magicians, and Czech spies—yet most of the numerous English passengers have no suspicions. Hitchcock and writers Sidney Gilliat and Frank Launder use more than a few brilliant symbols to reference the English elite’s sense of insularity, such as the sudden appearance of a Holmesian deer hunter hat and pipe at the precise moment the facts of the case need restating. That insularity is turned on its ear through Naunton Wayne and Basil Radford, playing stiff-upper-lip Oxfordians contemptuous of all things un-British, wearing black tie to the crowded hotel restaurant that’s out of food, and so anxious to get back to the final day of a cricket match they refuse to worry about a missing old lady. Even when bullets are flying in the film’s western-style shootout, the British still think of war as a game: Wayne grabs the gun and fires saying he once won a box of cigars. “I’m half inclined to believe there’s a rational explanation for all of this,” he adds.

Hitchcock never places the political ahead of the suspenseful or entertaining aspects of these moments, yet Lady Vanishes is memorable expressly because it feels at times like a statement from an artist fed up with his country’s political uncertainties (within two years of the film’s completion, Hitchcock left England for Hollywood to direct his only Best Picture winner, Rebecca). As such, Hitchcock’s film shines both as the bold technical achievement it was in Britain in 1938 and as a charming and relevant production today.

10 Reasons Why Love Actually Should Be Your Cinematic Christmas Tradition