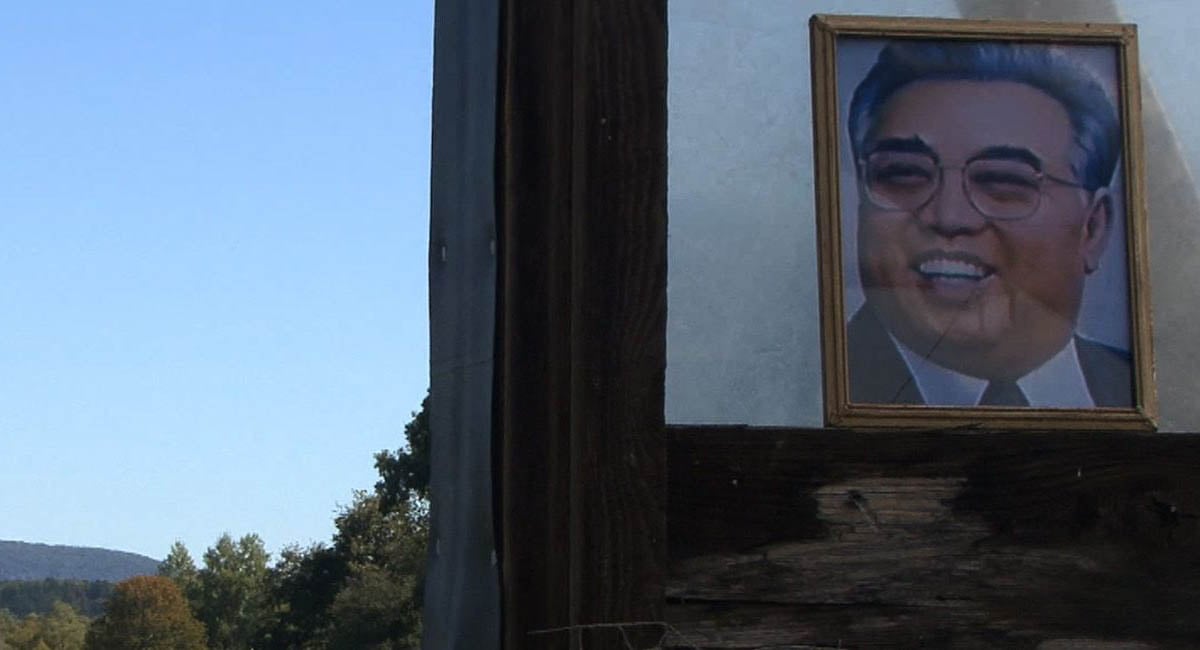 Though I haven’t seen director Jim Finn’s prior “utopian comedies” exploring communism in the USSR and Peru, his current venture into North Korean ideology with The Juche Idea leaves little doubt as to why he’s a darling of the experimental filmmaking world. Nabbing Best Narrative Feature at the Chicago Underground Film Festival, the 62-minute flick takes as its starting point Kim Jong Il’s Juche (choo-CHAY), a philosophy of self-reliance that the Dear Leader applied to his film industry beginning in the late ‘60s. While Finn makes ample use of footage from North Korea’s state-sanctioned propaganda docs and hokey narrative features, the heart of the story lies with a South Korean video artist named Yoon Jung Lee, tasked to breathe new life into Juche cinema during a North Korean art residency at a collective farm. While the character of this video artist was inspired by an actual South Korean kidnapped in the ‘70s and forced to work for Kim Jong Il’s moviemaking machine, her true role is as Finn’s own imaginary stand-in.

And this is precisely what elevates Finn’s work above everyday political parody. By integrating Yoon’s avant-garde art residency videos, including a project titled Dentures of Imperialism, with deadpan interviews with a Bulgarian colleague, and eventually with Yoon’s sci-fi Juche movie, Finn has managed to spoof not just easy-target Kim, but also the very notion of artists in residence making ever more obscure, inaccessible, and pretentious work. (Refreshingly, Finn isn’t above poking fun at himself; The Juche Idea being the product of his own art residency.) From quotes on Juche film theory lifted from Kim Jong Il’s On the Art of the Cinema, to segments on English as a Socialist Language (featuring stilted ESL discussions between a Russian actor and a Korean guy singing the praises of a North Korean nature park, a hotel with a beauty salon and finally a hospital offering free medical care), to an interview in which Yoon expresses regret in telling the regional director about her guinea pig’s eye surgery, Finn’s film feels like a throwback to the wild inventiveness of public access TV. Indeed, Yoon’s sci-fi movie line “Juche slut!” deserves to be screamed at a midnight screen near you.