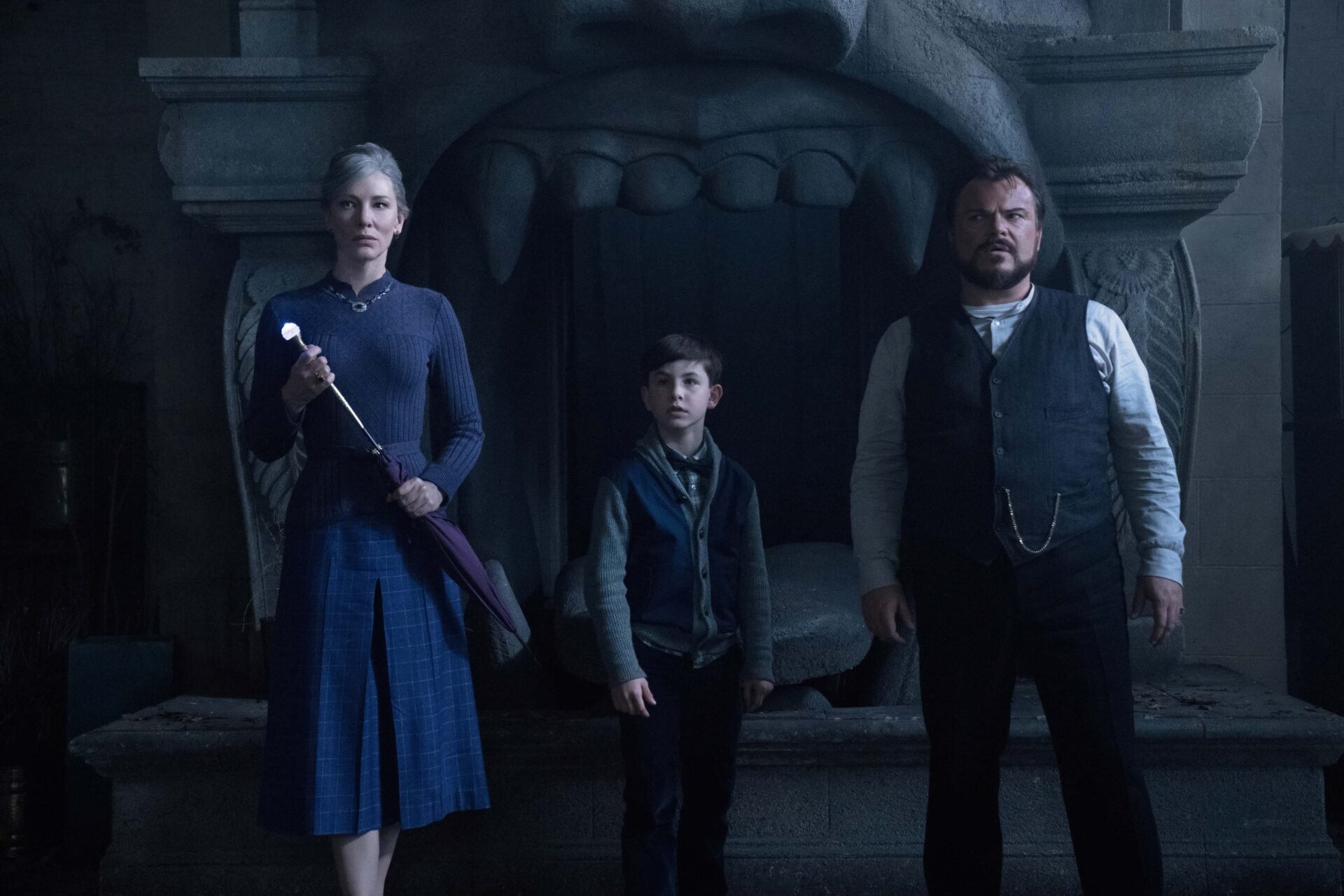 For all the jump scares that dot The House with a Clock in Its Walls, nothing in the film is as shocking as seeing Eli Roth’s directorial credit attached to it. Roth’s pugnacious approach to horror makes him a curious choice to helm a spooky but family-friendly fantasy, and such misgivings feel justified by the maladroit sense of character that the film quickly establishes.

The House with a Clock in Its Walls steamrolls out of the gate with a burst of exposition that introduces Lewis Barnavelt (Owen Vaccaro), a recently orphaned 10-year-old, arriving at a quaint Michigan town in 1955 to live with his uncle, Jonathan (Jack Black). Decked out in a kimono and speaking with the clipped, enticing tone of a carnival barker, Jonathan immediately gives off a strange vibe, and when he takes the boy to his gothic mansion, Lewis scarcely has time to get settled in before he learns that his uncle is a warlock.

The rush of the plot’s setup extends to the dialogue, which never settles into a steady, believable cadence. Upon learning that magic is real and that his uncle is capable of it, Lewis bypasses reconciling this world-altering fact to instantly beg to be taught wizardry. The boy’s contradictory impulses—he’s timid one moment, eagerly oversharing the next—aren’t out of place for a traumatized character, but Lewis only ever seems to be what a scene requires of him, and so his erratic nature becomes the stuff of wearisome formula.

Black, ever the eccentric, leans too heavily on the punchlines of Jonathan’s jokes, pulling a long face constantly as if conscious of the kids in the audience. This forced attempt to coerce laughter also undercuts Jonathan’s scenes with his best friend and fellow magician, Florence (Cate Blanchett), which unfurl in flurries of loving insults that suffer from the pair hurling nonsense magic words at each other and losing the plot of their barbs.

But for all of Black’s on-the-nose delivery, he’s the clear standout here, a surprisingly generous co-star given the typically attention-hogging nature of his garrulous and flailing brand of comedy. He lets the less comically inclined Blanchett propel some of Jonathan and Florence’s interactions, even affably playing the reactive sidekick to Vaccaro when Lewis starts to assert himself.

Of course, The House with a Clock in Its Walls tramples over these character-driven moments to get back to the main conflict, of a doomsday clock hidden somewhere in Jonathan’s home by its previous occupant, the evil wizard Isaac (Kyle MacLachlan). As Jonathan and Florence attempt to find the clock and stop it from reaching zero, they and Lewis increasingly find themselves harried by Isaac’s animated, malevolent possessions.

Roth pulls ideas from the unsettling Edward Gorey illustrations that accompanied John Bellairs’s source novel, but he cuts too jaggedly around the deliberate movements of such obstacles as haunted dolls, muting their scariness. The blunt-force clumsiness that mars Roth’s his usual horror films is exacerbated here by the attempts to remain appropriate for all ages. The final act of The House with a Clock in Its Walls stumbles between awkward, telegraphed jolts and busy, effects-heavy action, completely losing sight of the trauma and grief that was meant to give the film its emotional core.