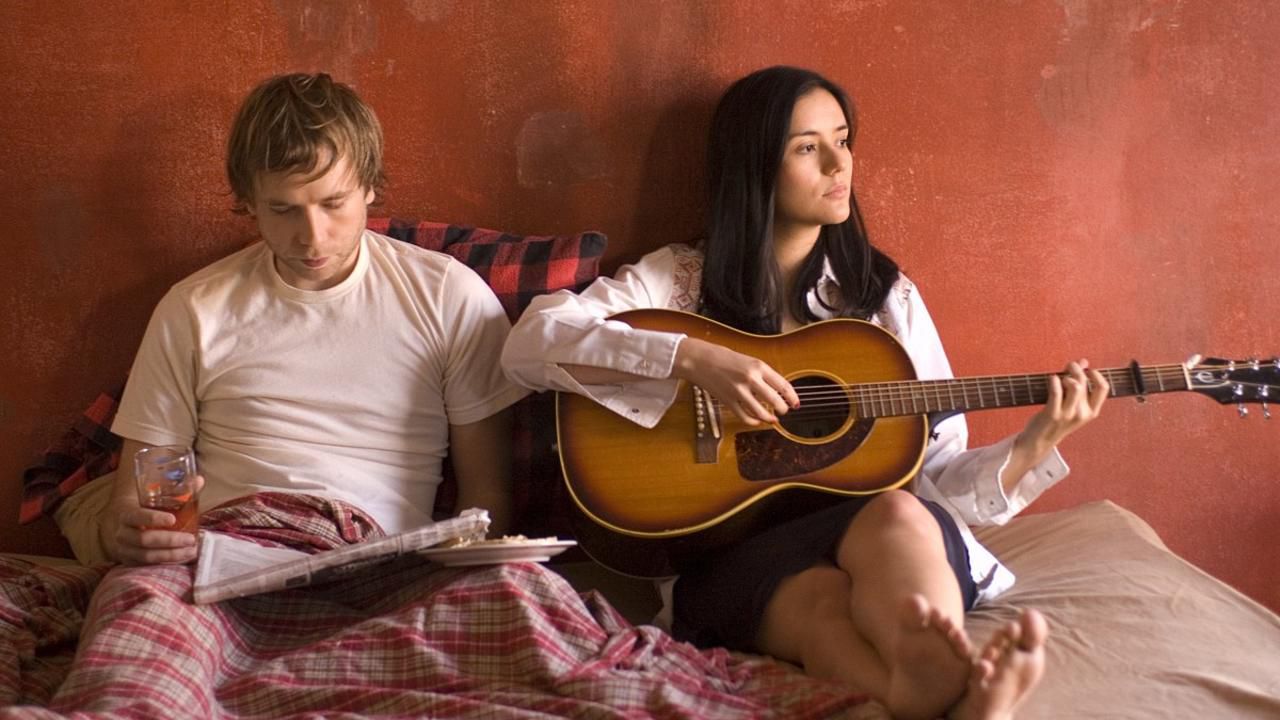 Unsurprisingly for a film written and directed by Ethan Hawke that’s also based on his vaguely autobiographical 1997 novel, The Hottest State is thoroughly infused with its creator’s pretentious indie-bohemian persona. And as evidenced by Hawke’s prior, insufferable Chelsea Walls, that can be a very, very bad thing. Yet there’s something mildly touching about the heart-on-its-sleeve earnestness of the filmmaker’s latest, which recounts the romantic plight of 20-year-old Texas native and New York City actor William (Mark Webber) as he falls desperately in love with singer Sara (Catalina Sandino Moreno) and then completely falls apart when she suddenly calls things off. Intrusive literary and visual flourishes regularly threaten to drown everything in affectation, as Hawke appears convinced his narrative’s tumultuous feelings and tensions can’t exist without the aid of overdone narration and unnecessary lyrical flashbacks (centered around William’s absentee father). Somehow, however, these superfluous gestures don’t sabotage The Hottest State’s ability to tap into the fiery emotions experienced by William, whose euphoria with Sara during a week-long trip to Mexico is soon replaced by bitterness, anger, and confusion once they return home and she demands “more space.” Despite the fact that Moreno is enchanting (clothed or otherwise), Hawke never fleshes out her character, whose backstory and family life (as evidenced by a trip to Mom’s Connecticut house) prove frustratingly insubstantial. Still, Moreno projects enough charm and complexity to make William’s infatuation with her credible, thereby allowing Hawke, whose direction is attuned to the wavelengths of his Manhattan and south-of-the-border settings, to fixate on the desperation and obsession wrought by a broken heart. Especially in a protracted scene featuring William leaving multiple voicemails for Sara, Webber’s nuanced turn captures the conflicting urges of wanting to hold tight to—and at the same time cruelly reject—an ex, as well as the way young men attempt to hide their fears and unhappiness by projecting phony confidence, callousness, and aloofness. And though Hottest State rewards its protagonist with a liberating epiphany too tidy for a film defined by head-spinning passions, Hawke shrewdly mitigates (and complicates) the patness of his story’s life lessons by creating friction between messages and messengers, so that the latter often seems more than a little uncertain that they believe their own truisms.