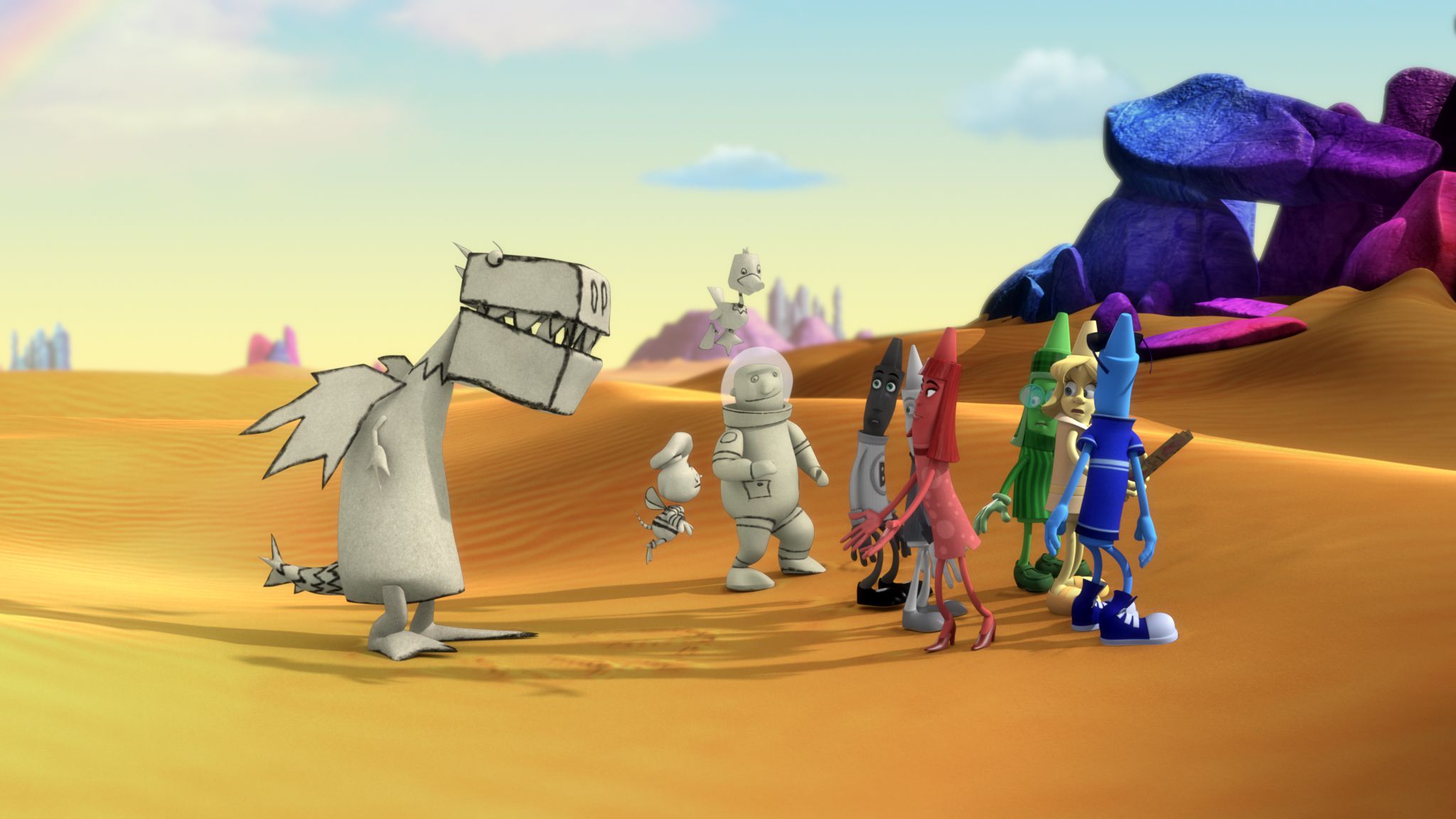 Every night, when Ben lays his head to sleep, his crayons come to life and travel to Color City, a world where skyscrapers rub up against quaint merchant houses and rivers are rainbow-colored eyesores, suggesting Amsterdam as envisioned by the makers of The Sims 2. This dominion’s chromatic integrity is compromised when two unfinished drawings, King Scrawl and his sidekick, Gnat, stake a claim to the Rainbow Waterfall. If the story doesn’t exactly resonate as a lambasting of a community’s caste system, it’s because the crayons’ fear of their scarcely threatening non-enemies never feels as if it emanates from a place of superiority. Of course, as The Hero of Color City’s target audience still have their fontanelles intact, the scenario’s lack of teeth is probably a given. More egregious, anyway, is the incessant punnery and how the crayon heroes are beholden to the clichés a two-year-old—or five screenwriters-cum-possible-cave-dwellers—would attribute to their colors. Green may not be greedy, but Yellow (Christina Ricci) is, of course, convinced of her cowardice and Red is understood to be saucy by virtue of her ordering a blueberry frappé—and for being voiced by Rosie Perez. And then there’s Gray, an old geezer who refers to the other crayons as “whippersnappers” and yells at them to get off his lawn. He also doesn’t take kindly to the hippety-hop, and in what may be an intentional appeal to pity, what with the film appearing to have been executed during a time when most computer animation was lucky to have radiated the sophistication of an After Dark 2.0 screensaver, he recalls how things used to be like when crayons were mostly made of “charcoal and mud.” But even in the days when zeros and ones weren’t part of an animator’s color wheel, no cartoon has ever conveyed the struggle for self-actualization with such an inexpressive sense of imagination as this cheap and glorified babysitter.