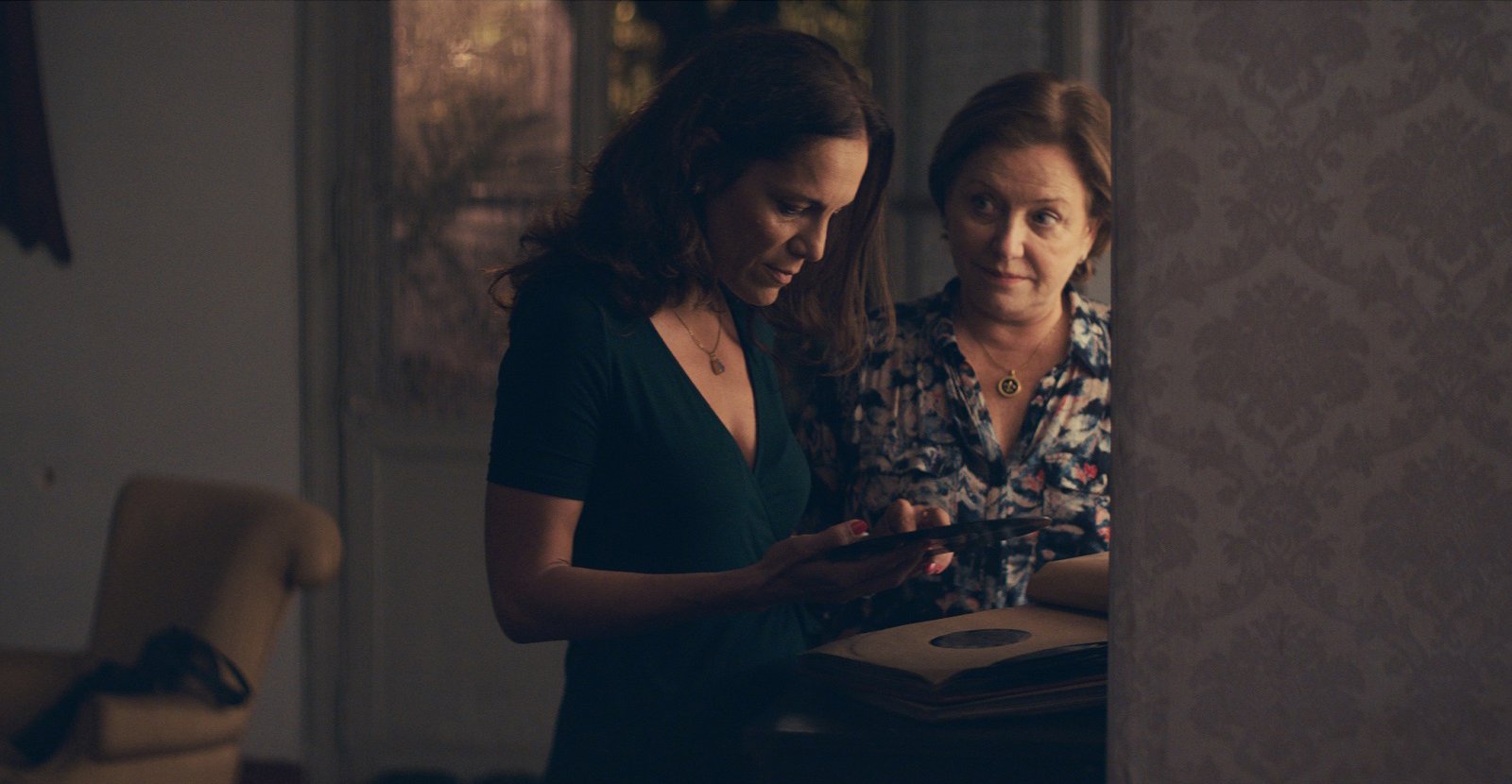 In writer-director Marcelo Martinessi’s The Heiresses, middle-aged lesbian couple Chela (Ana Brun) and Chiquita (Margarita Irún) live together in a bourgeois household with only the leftovers of its former grandeur. The house and its furnishings, Chela’s inheritance from her parents, have a dated, hand-me-down quality, and the couple is gradually selling off the expensive furniture and china to pay for Chiquita’s debts. The emptying of the house of Chela’s possessions reflects the greater emptiness that Martinessi makes the audience feel in the space, where hardly anybody but the couple appears, and where the lights seem to always be off, presumably to save money.

But selling off Chela’s inheritance is to no avail, and Chiquita ends up in what’s essentially a debtor’s prison (the bank she owes money to charges her with fraud). Chiquita had been the dominant personality in their relationship, and after she’s sent to prison Chela finds herself in an even emptier house, without much to do. When an elderly neighbor, Pituca (Maria Martins), asks her for a ride one day, and insists on paying her for it, Chela finds a new vocation, becoming a kind of unofficial chauffeur to the neighborhood’s still-wealthy ladies. Although she doesn’t have a license, she begins driving Pituca and her friends around the city, picking up a regular gig driving the younger Angy (Ana Ivanova) to visit her ill mother. Initially flummoxed by the way she has fallen from her bourgeois indolence into a working-class job, Chela begins to embrace the relative freedom offered by driving, as well as the independence her bourgeoning relationships with the other women give her from Chiquita.

Martinessi cites Rainer Werner Fassbinder’s Bitter Tears of Petra von Kant as his inspiration for the film, but The Heiresses has little of Fassbinder’s grandiose flair. This film’s characters spend more time staring contemplatively off screen than they do erupting into sudden emotional outbursts, for example, and Martinessi doesn’t accentuate the superficiality of Chela’s bourgeois home by arranging a literally glittering mise-en-scène, as Fassbinder might have done. Instead, Martinessi’s images are rather static and quite dark, relying on the natural lighting of the dimly lit house and Chela’s cramped Mercedes, the two places where most of The Heiresses’s scenes take place. The result is a film that’s more grounded—and more stylistically pared down—than Fassbinder’s performative melodramas.

In other ways, however, The Heiresses does recall Fassbinder’s drama of failed domesticity. In their shared home, Chela and Chiquita are surrounded by the signs of a disintegrating upper-middle-class patriarchy, represented in the ornaments of wealth Chela identifies as coming from her father. And like Bitter Tears of Petra von Kant, though patriarchy is a structuring absence in The Heiresses, Martinessi’s film is overwhelmingly female: Angy has an ex-boyfriend who appears in the background of a couple shots, but no man’s face is seen throughout the entire film. While The Heiresses presents an almost exclusively female world, it uses very few exterior shots, communicating a feeling of confinement—most literally in those scenes in which Chela visits Chiquita in the women’s prison.

This sense of confinement reflects on Chela personally, as well as on the women in the film more broadly. As the nouveau riche come to look over her possessions, Chela spies on them through a cracked-open door. Martinessi presents these scenes from Chela’s voyeuristic point of view, reflecting her isolation and trepidation in relation to the outside world: She’s ashamed to now be reliant on selling her family’s possessions, but she’s also afraid of making contact with anyone outside of her and Chiquita’s world.

At times, paradoxically, the visual and dramatic quietude of The Heiresses feels a bit excessive, but Brun’s performance as Chela anchors our attention where Martinessi’s understated visuals might otherwise lose it. In downward glances and semi-dazed glares, she captures a character who at once is overwhelmed by her new circumstances and emotionally shields herself from them. Slowly and ambivalently, Chela finds a sense of self apart from her overbearing partner and the legacy of her father—breaking away from, rather than merely avoiding, her oppressive circumstances.

Review: An Acceptable Loss Is a Morally Urgent B Movie

Review: Fyre Is an Empathetic Look at an Epic Fail