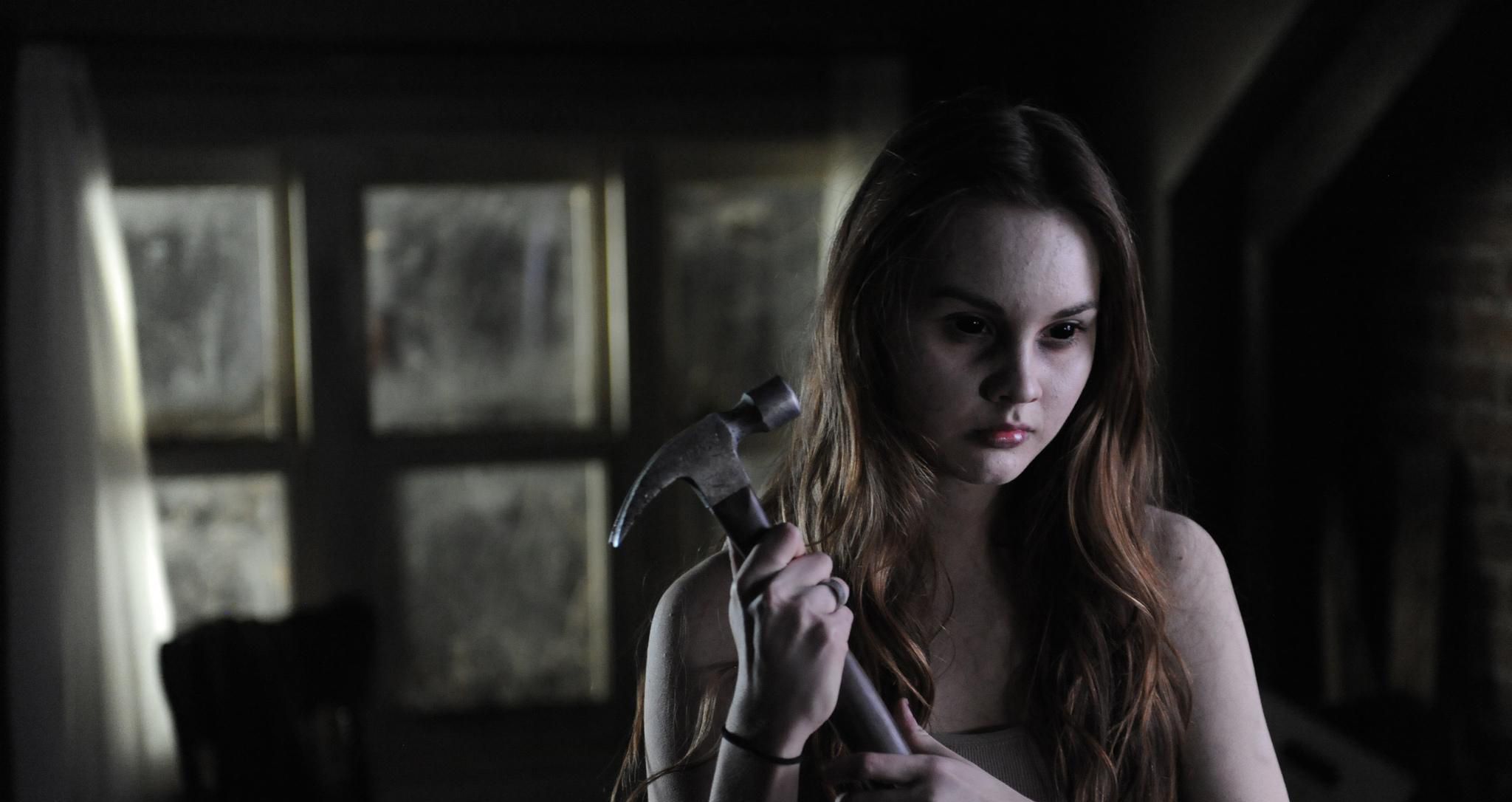 Christian Bisceglia and Ascanio Malgarini’s The Haunting of Helena is yet another ghost story that insists there’s nothing more chilling than a professional woman charged with raising a child on her own. After her divorce, Sophia (Harriet MacMasters-Green) and her daughter, Helena (Sabrina Jolie Perez), move into a crumbling old relic from Italy’s fascist era, the kind of chilly, ridiculously creepy apartment building that might as well have a sign hanging from a post in the courtyard advertising a demon seeking a family for possession and light cleaning. Helena falls in love with an old dresser with a profile of a woman etched on its front, and Sophia allows her daughter to move it into her room. Bad move.

Guillermo del Toro’s influence is unmistakable here, as Bisceglia and Malgarini set about dutifully covering many of the noted filmmaker’s well-known obsessions: fascist allegory, weird stains, religious relics, eerie, nearly mute children with great big eyes, and, most tediously, the reactionary implication that fraught, illogical, easily rattled women can’t be trusted to raise children without a big sensible man in the house. In fairness, these tropes were part of the tradition of the horror film long before del Toro’s started making movies, but he’s packaged these ideas in such a distinct fashion throughout his career that he could almost reasonably consider filing a plagiarism suit against The Haunting of Helena’s producers.

The film most explicitly resembles the del Toro-produced Mama, as both are mostly comprised of long scenes in which characters wander through indistinct corridors wanly lit in a fashion that makes it difficult to ever really see anything. And as in Mama, the mother here must contend with a demon bent on influencing a child in her care, a struggle that will threaten to break her sanity as she comes to learn that the malevolent entity might have once been a sort of sympathetic matriarchal wackjob like, perhaps, herself. The Haunting of Helena has a scarier monster than Mama, but it’s essentially the same claptrap reheated for the summer.