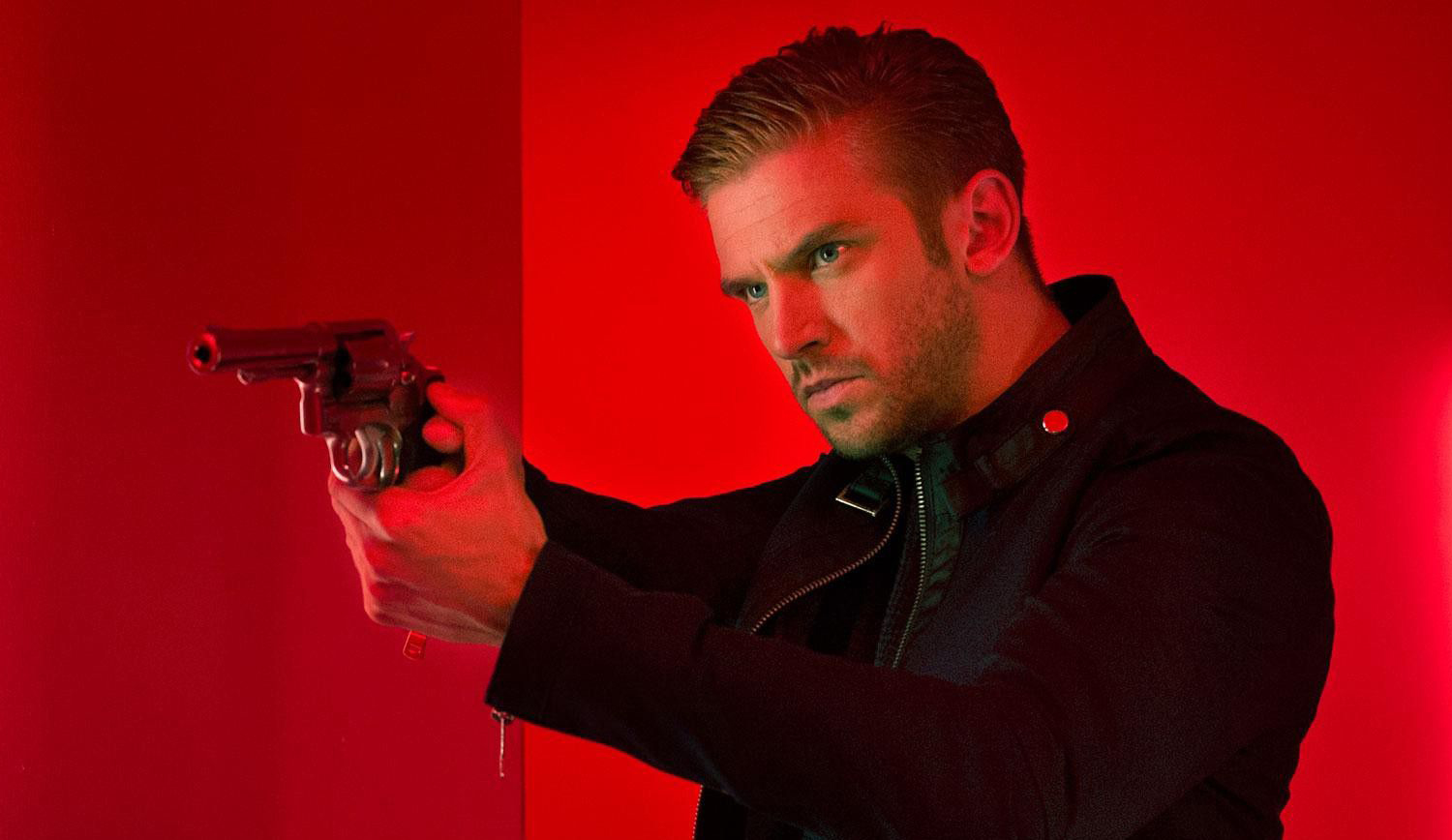 Somewhere in Anywheresville, U.S.A., the type of place where our military goes to mine for its soldiers, and where everyone, less characteristically, is simply biding time until Halloween, a man comes knocking on the Peterson family’s door. His name, he says, is David (Dan Stevens), and when Laura (Sheila Kelley) invites him into her home, the curtain lifts on a weirdly aestheticized pulp entertainment that’s equal parts Killer Joe and Deathdream. It may lack for the former’s phantasmagoric sense of neorealism and the latter’s eerie poignancy as threnody for the departed, but Adam Wingard’s The Guest furthers its characters’ sense of alienation and longing, if not its passably sincere regard for PTSD, through an audaciously precise rhyming of theme with dreamy soundtrack choices.

A leap of faith is needed to forgive the sheer inscrutability of Stevens’s tall, blond stranger, the almost Serial Mom-ish lack of patience that doesn’t quite jibe with the meticulousness that his master plan would seem to necessitate, even if his appeal to the members of the Peterson clan, as surrogate brother and son, is clearly and immediately understood. By film’s end, David remains, no more and no less, a construct, a post-9/11 universal soldier whose torment following the war he fought in Afghanistan alongside Caleb, the Petersons’ oldest and deceased son, is overlooked. But his mystique is the grist for a series of cheeky set pieces informed by his scrupulous military training, as in a scene wherein he targets young Luke’s (Brendan Meyer) bullies with a provocative drink order—cosmopolitans for the guys, blowjobs for their girlfriends—that leads to grisly fisticuffs and a squeaky-clean exit strategy made possible by his canny gift for manipulation.

If it seems like the filmmakers barely get a handle on the PTSD that grips the Petersons, that’s because they’re all understood as shadows of their former selves. Long rubbed raw from grief, each of them is distinctly drawn to David for either the camaraderie, sense of justice, or front-row view of his abdominal musculature that he gifts them. So convinced, it seems, that he’s the man Caleb was or might have become that they don’t doubt the sincerity of his conviction in reaching out to them, they accept him even at his most irrational. This isn’t simply psychopathy for psychopathy’s sake: Stevens delights in blatantly broadcasting David’s pathology, but the character’s perversity is mostly disarming for how it illuminates the sadness with which a foe can so readily be confused for a savior.

Except for Anna (Maika Monroe). Though understandably seduced by David’s salacious hanging of a towel around his waist, she eventually sees through his con after he doles out a truly inexplicable form of vengeance on her behalf. The rest of the film commits to validating her instincts, and builds toward an awesome riff on Lady from Shanghai’s finale that, as in the car ride Anna and David take to a pre-Halloween party, treats the film’s soundtrack cuts as deliriously synchronized accents to the characters’ vacillating between despair and inspiration. The Guest may not cut deep, and its finale is a jokey afterthought, but in his flair for audio-visual embellishment, his choreographed use of smoke and mirrors, weaponry and bloodshed, faces and bodies, Wingard announces himself as a conspirator of super-cool cine-pleasure.