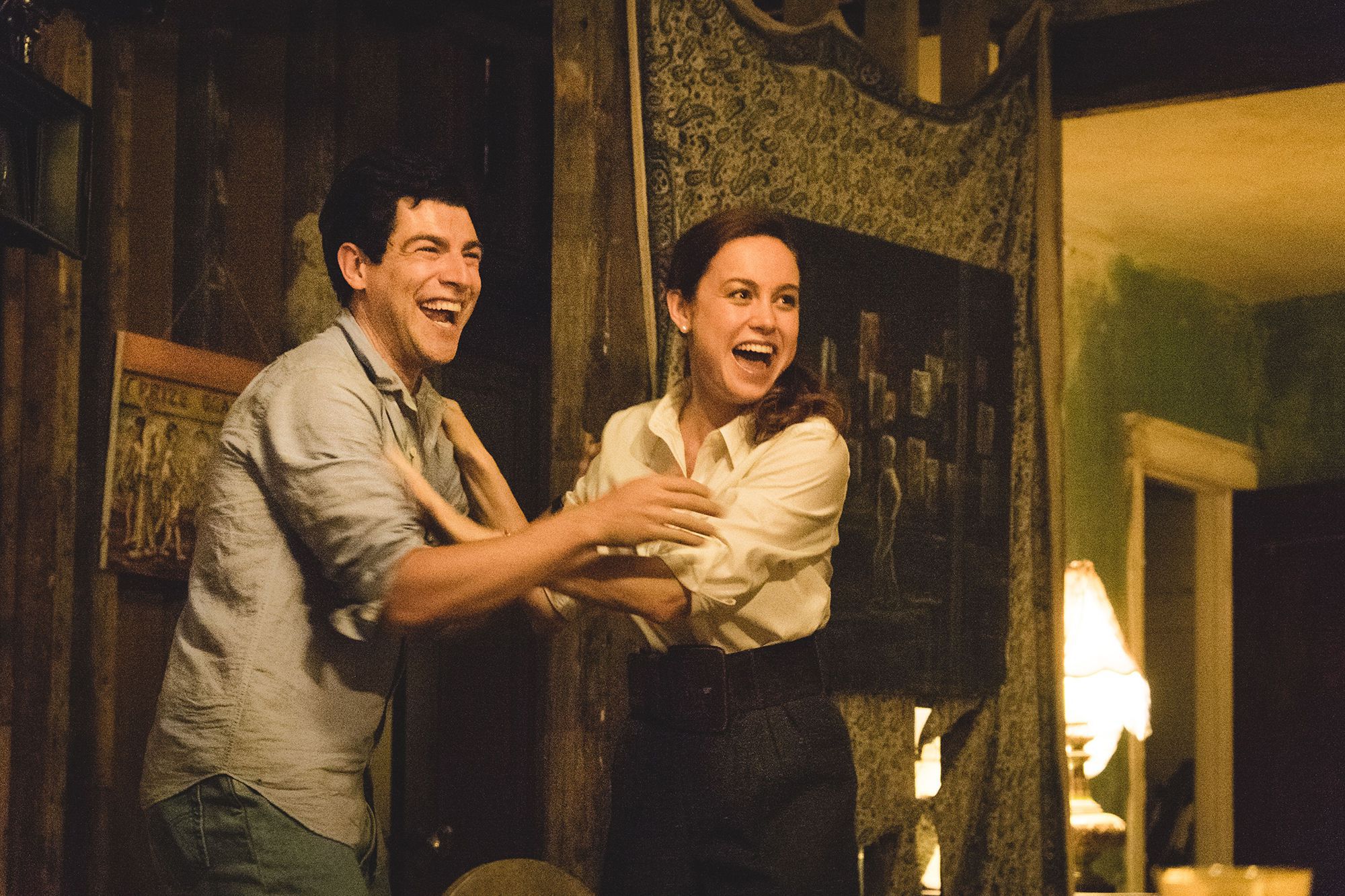 In The Glass Castle, no sooner is the audience introduced to Jeannette Walls (Brie Larson), living comfortably with her investment-banker fiancé, David (Max Greenfield), than the film hints at the hardscrabble reality she left behind. At a dinner with one of David’s potential clients, Jeannette refuses to let the man’s girlfriend throw away her half-eaten dinner, her thriftiness recalling stories of Depression-era upbringings despite the film’s 1989 setting. And soon the reason for Jeannette’s behavior is clarified when, riding home in a taxi, she comes upon her homeless parents, Rex (Woody Harrelson) and Rose Mary (Naomi Watts), rummaging through some trash.

Based on the real Walls’s memoir, the film intercuts Jeannette’s young adulthood as a successful columnist in late-‘80s New York with an unsettled childhood defined by the transience of parents gripped by a combination of wanderlust and debt. As a young girl, Jeannette (Chandler Head) sees her parents as irresponsible but fundamentally exciting—a perspective that clashes violently with our first impression of them. This underpins the frequent moments in which Rex and Rose Mary’s instability leads to drastic consequences, like Jeannette horribly burning herself while cooking without supervision—moments that completely debase any sense of normalcy even as Jeannette and her siblings find ways to compartmentalize their trauma.

The scenes revolving around Jeannette’s childhood hinge on the subtle body language exhibited by both Heard and, later, Ella Anderson, who plays the girl as a prepubescent, with the giddy playfulness of Jeannette’s warm interactions with her parents giving way to the stunned, tabulating look of someone who emerges from a storm shelter to take account of the wreckage outside. Jeannette reacts to each situation as it comes, taken in by Rex’s charming manipulations as often as she sees through them. So, too, does the rest of the Walls family, including Rose Mary, who recognizes her husband’s ruinous behavior for what it is but is nonetheless drawn by its magnetic force.

In the film, Rose Mary’s codependency is situated on a spectrum of tragedy counterweighted by the totality of Rex’s propensity for chaos. Harrelson gives an appropriately rootless performance, oscillating wildly between beaming encouragement and foolhardy wishing, drunken rage, and glimmers of somber, quiet reflection. Rex resembles a more sentimental version of Pete Postlethwaite’s terrifying patriarch in Terence Davies’s Distant Voices, Still Lives, a man whose own traumatic upbringing and mental health issues leave him completely incapable of properly processing the deep love he feels for his family and his genuine desire to provide for them. Rex is smart and self-aware enough to understand he’s gripped by a madness he can’t contain, as there’s anguish on his face even in the midst of his most violent outbursts.

Less successful is director Destin Daniel Cretton’s depictions of the external factors of poverty that further disrupt an already broken family unit. It’s difficult for narrative fiction to take in the full scale of real, desperate, generational poverty and how it always ripples out well beyond the immediacy of its all-consuming terror. It infects everything it touches, physically withering bodies as it also frays emotional bonds, and it drives people to horrible actions to offset their despair. Condensing the magnitude of this social malaise into a resolvable story creates situations where the sheer onslaught of misery can look like a manipulative pile-on more than a candid assessment of strife. The Glass Castle sinks into the former around the halfway mark, when the Walls children must stay with Rex’s mother and are subsequently given a horrific glimpse into the disgusting behavior that contributed to his break with reality. The moment is played up for pure shock, though its true payoff comes later, in a glimpse of Rex’s smoldering shame over knowing that his children have pieced together what made him the man he is.

As in Cretton’s previous feature, Short Term 12, the oscillations between sociological horror and misty-eyed sentimentality call attention to how meticulously the film arranges its emotional punches. Nonetheless, some of these moments do resonate, most notably in a scene in which a monstrously drunken Rex returns home with a deep gash in his shoulder that he makes the teenaged Jeannette sew close as she cries at the sorry sight of him. After she finishes, Jeannette quiveringly asks him to stop drinking with all the caution of someone placing their hand in a lion’s mouth, and the quick battle of resentment and shame that flashes across Rex’s face immediately captures the man’s lifetime of pain and his simultaneous gratitude and incomprehension of someone who cares so guilelessly for his well-being.