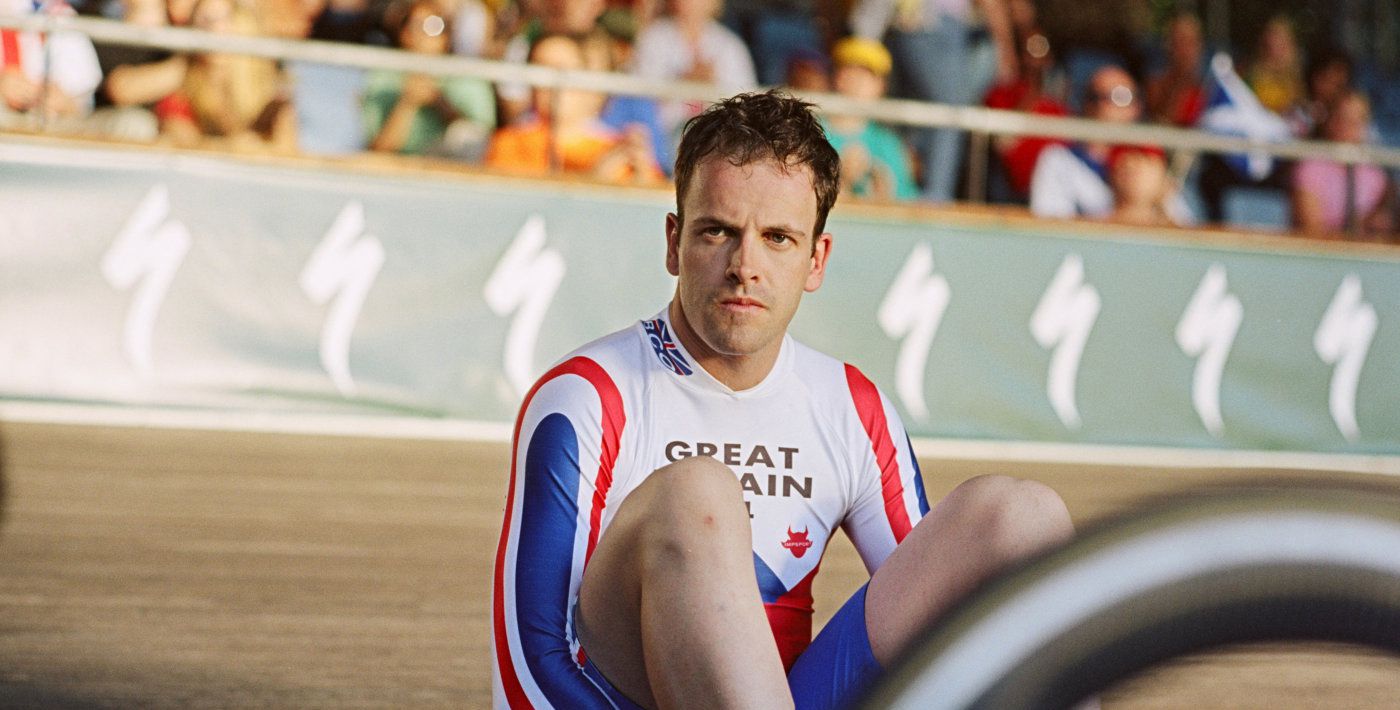 Graeme Obree, a Scottish track cyclist, broke the world hour record in his sport on two separate occasions and was the world’s individual pursuit champion in 1993 and 1995. This everyman achieved much of this success because of a controversial riding position and a bicycle designed with the goal of radically curbing air resistance. Consider Douglas Mackinnon’s The Flying Scotsman a kitchen-sink ode to Obree’s aerodynamic innovation, not because the film stakes out any sort of realistic depiction of Obree’s social life in Scotland but because kitchen appliances went into building the man’s famous bike. After lyrically conflating past and present, setting scenes of Obree being taunted by bullies as a child against his depressingly banal experience as an adult trying to make a living as a messenger and running a bike store, Mackinnon begins to flatten Obree’s unique personal experience through predictable sports clichés. Scarcely concerned with Obree as a man, husband, father, or Scotsman, Mackinnon opts for a cutesy portrayal of how the sportsman built Old Faithful and how he rode it to success, which largely consists of eureka-ish moments of the man, played by Jonny Lee Miller, staring at his wife’s violently tumbling washing machine before he gets the idea to incorporate some part of the appliance into his bike’s design. Obree’s struggles with biking officials and, later, mental disease are equally simplified: the head of the conspirational World Cycling Federation inspires our contempt mostly because of a round bump of skin in the center of his forehead, Brian Cox’s holy man exists only to give Obree an obvious lesson on the fallout of suicide, and Obree’s history with mental illness is seen entirely as a result of whatever pent-up baggage he has from the time he was bullied as a child. Obree is clearly a great man, but you wouldn’t know it from this uncomplicated evocation of his life and successes.