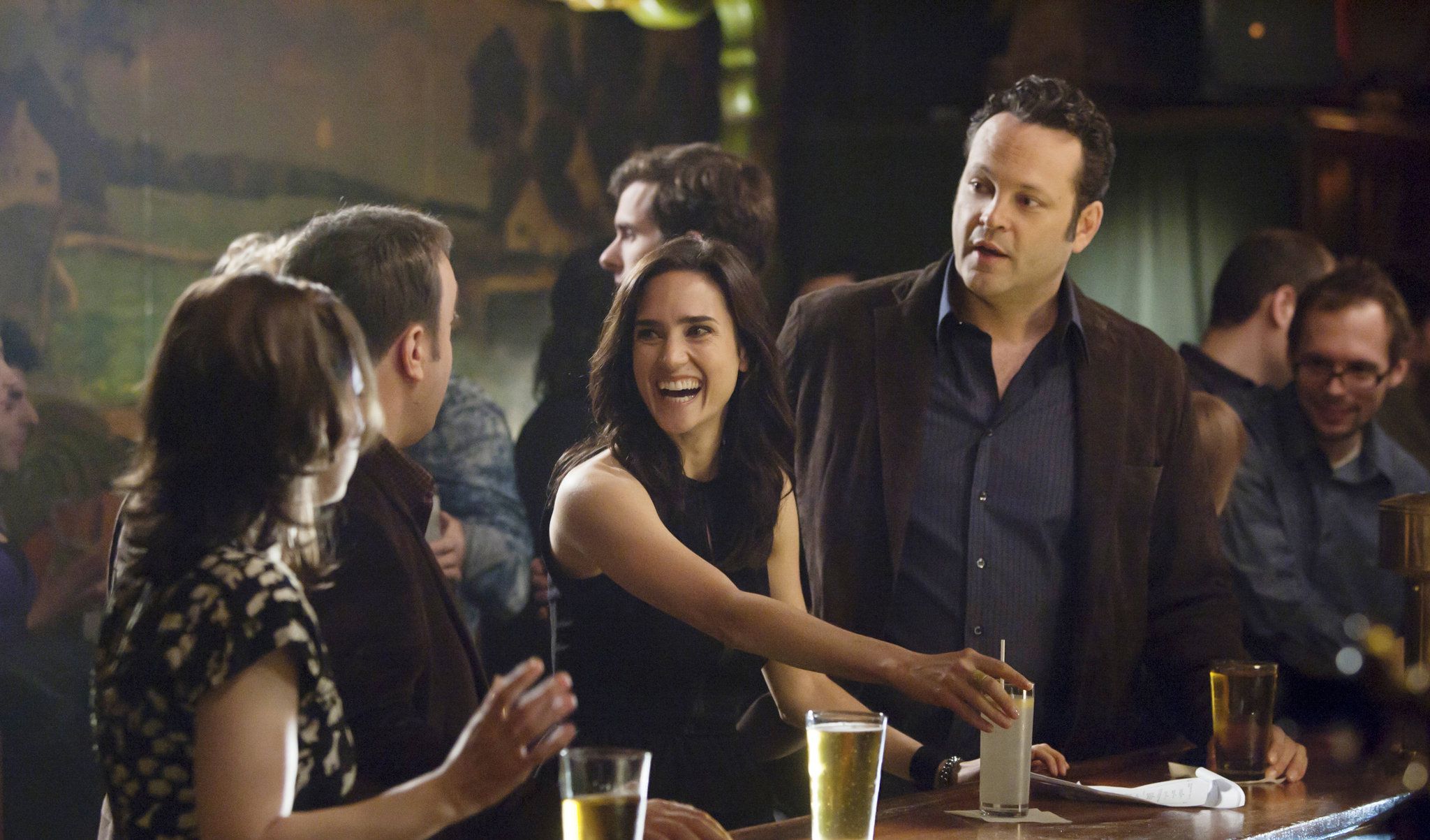 No director better embodies American mediocrity than Ron Howard. His movies aren’t exactly bad—at least not ill-advised and trashy, the way Sex and the City 2 is bad. He’s apparently seen good movies: The Paper, Apollo 13, A Beautiful Mind, and The Da Vinci Code all mimic classic-Hollywood technique (crane-shot openings, long speeches), but the effects are scaled down and depersonalized, like generic miniatures of grander projects. Slant’s Ed Gonzalez described the experience of watching A Beautiful Mind, innocuous even by Oscar standards, as “like a brick to the head” for the competent but literal-minded way in which everything is mercilessly spelled out: Schizophrenia becomes a wall of numbers, love a gesture toward the Big Dipper. Howard movies inspire that rare kind of allergic reaction: They’re so unremarkable they’re actually frustrating.

Howard has dropped the pretense with The Dilemma (this is “a comedy by Ron Howard,” as opposed to a based-on-a-true-story “drama by Ron Howard”), but that doesn’t mean it’s any less maddening. The setup, like the cast, is a collection of disparate used parts: Vince Vaughn plays another fast-talking buddy/business partner, Ronny Valentine, to Kevin James’s King of Queens schlub rehash, Nick Brannen, with the too-hot wife (Winona Ryder). After finding out that Nick’s wife is sleeping around with Channing Tatum (who fulfills his contractual obligation to take his shirt off and do little else), Ronny has to decide how he’s going to tell his friend while also keeping together a potentially lucrative business deal and his own tenuous relationship to his girlfriend (Jennifer Connelly).

The Dilemma more or less reviews itself by plot description. There’s some attempt at High Fidelity-style local Chicago charm, mostly references to bad Lou Malnati’s pizza and Pilsen massage parlors, but these asides, like everything else, are purely by-the-numbers; Ron Howard approaches the city as a tourist who wants to get his postcard and get out. Except for its iconic sign, the Green Mill jazz bar is rendered as a standard-issue Nightclub Where Twentysomething Couples Drink Their Feelings. The characters go to watch Blackhawks games and an engagement ring is presented in a crumpled takeout bag (how authentic).

The actors are also like postcards, having played these parts before, but it’s hard not to feel sorry for them, especially the women. For the second time in a span of a month, Ryder is exploited for her own personal baggage, here as a crazy tramp who will do anything to avoid outing her affair; there’s a scene in which she goes from vicious to vulnerable and back again that sadly comments on her own very public ups and downs. Queen Latifah comments on her own guarded sexuality in a role that exists only so she can refer (twice) to her “lady-wood.” Connelly, typically the highlight of very bad projects, does her best to cry, and it’s hard to blame her, especially since she already did this opposite Russell Crowe. It’d be enough to accuse Howard of misogyny—if only he had that much nerve.