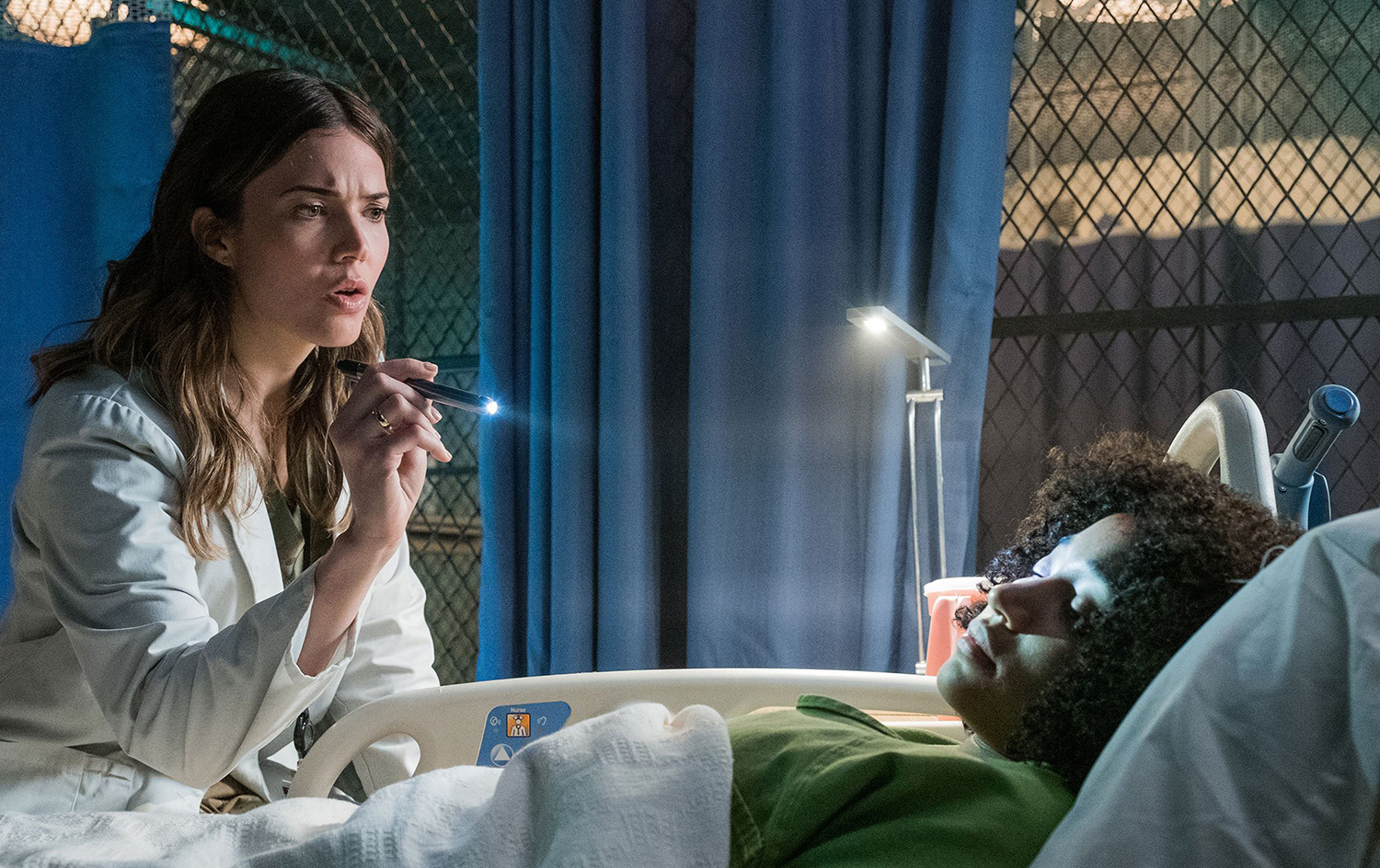 The latest franchise starter in the moribund young-adult genre, The Darkest Minds at least wastes no time establishing its dystopia. The film’s opening scene introduces a plague that kills more than 90 percent of America’s youth and leaves the remaining survivors with various psychic abilities. The government promptly places them in internment camps for evaluation and, if deemed too powerful, elimination. Of these heightened metahumans, only Ruby Daly (Amandla Stenberg) manages to avoid execution thanks to her mind-control powers, which she uses to deflect the attentions of her camp’s overseers. Eventually smuggled out of the camp by a sympathetic doctor, Cate (Mandy Moore), Ruby ultimately falls in with a group of other runaway kids: the telekinetic Liam (Harris Dickinson), the hyper-intelligent Chubs (Skylan Brooks), and the electricity-generating Zu (Miya Cech).

From here, the film shifts from a focused, coherent vision of generational terror and oppression into a grab bag of lazily compiled genre tropes. The characters are rushed through the process of introduction and familiarization and its attendant snags, with Ruby going from a suspicious new member of the party to a trusted friend and confidante in the space of about 24 hours. The plot sprints past potentially involving character drama, while the seeds of romance between Ruby and Liam are lugubriously sown thanks to the YA genre’s propensity for leaning hard on characters’ unconsummated passions.

Jennifer Yuh Nelson, whose direction of Kung Fu Panda 2 and Kung Fu Panda 3 remains the high-water mark of the DreamWorks Animation canon, makes a rough transition to live action. Neither the filmmaker’s sense of motion nor eye for the kinetic interplay between uniquely skilled heroes translates to The Darkest Minds’s recycled scenes of Liam tossing foes with his mind, Zu sending arcs of lighting flying from whatever piece of metal she touches, and Ruby forcing enemies to fall slack and compliant with her forceful hypnosis.

There’s also no sense of evolution in the characters’ grasp of their potential or ingenuity in dealing with enemies. Meanwhile, the longueurs that depict Ruby and Liam’s moony, inert chemistry quickly become self-parodic, unfolding largely as a series of close-ups of the two almost touching. The introduction of a haven for escaped children shakes up the film’s latter half, but Nelson so quickly gives away clues to the true nature of the place that there’s no tension to the discovery of this seeming paradise’s darker side.

Contemporary YA fiction has placed itself at the forefront of social commentary on generational fears for topics ranging from endless war to the inheritance of a desiccated planet, and the depiction of internment camps for children is relevant. That makes this film’s sluggish action, aimless characters, and perfunctory romance more egregious than they tend to feel in other YA adaptations. The Darkest Minds never communicates the overwhelming horror of a society whose children are either dead or in the process of being exterminated, or the hopelessness of kids discovering that every potential benefactor may have ulterior motives. It’s as much of an indictment of the film as its entire genre that such doom is presented as a less pressing tragedy than the fate of the relationship between two teenagers.

Review: The Spy Who Dumped Me