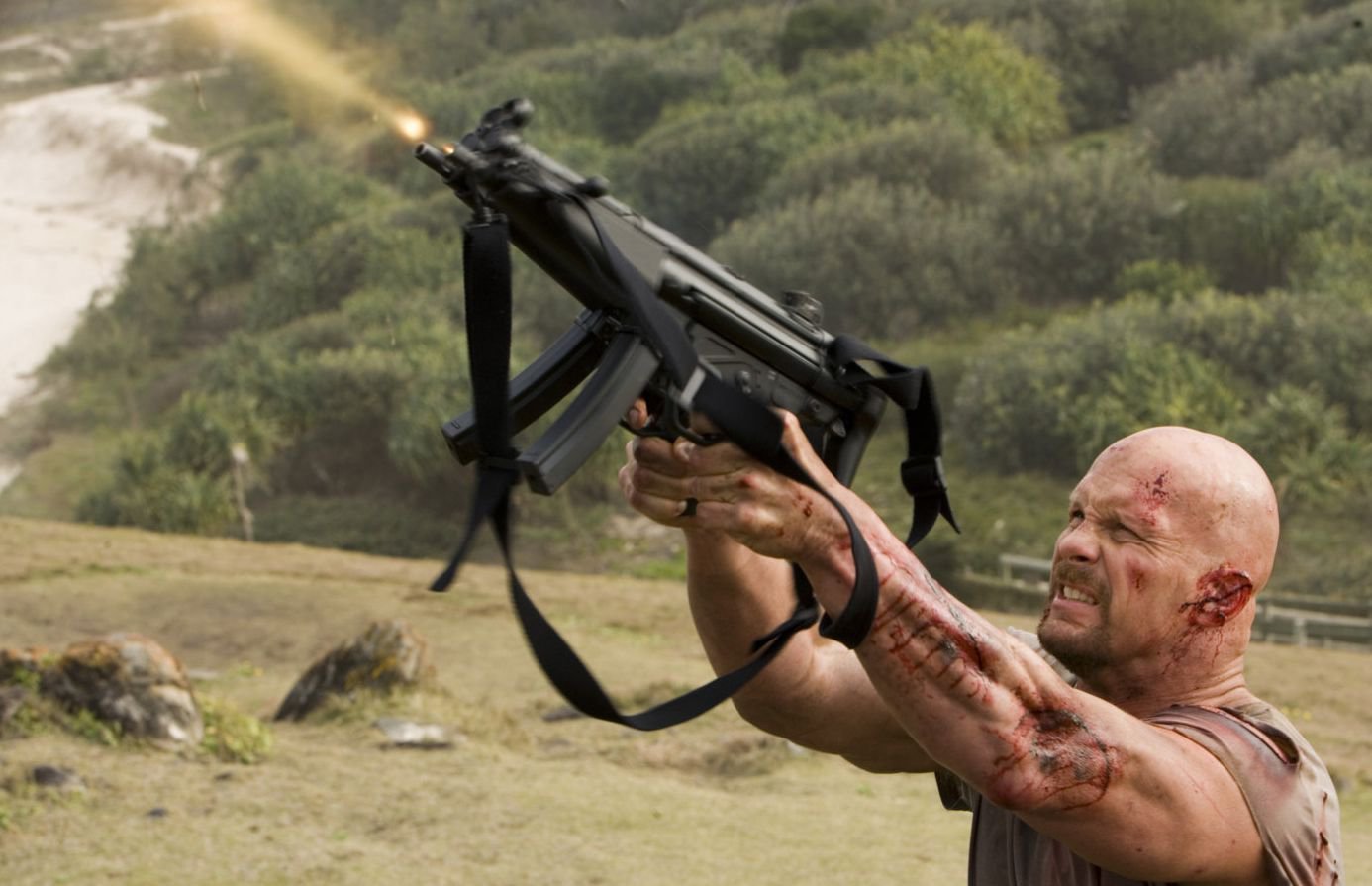 A shameless rip on Kinji Fukasaku’s Battle Royale, The Condemned unseats Slow Burn as the most hilariously inane film of 2007. Unraveling in a flurry of empty macho posturing and jock-boy techno, this salacious train wreck has an immoral television producer, Ian Breckel (Robert Mammone), dropping a bunch of death-row inmates on a small island in South East Asia where they spar to the death for a chance at freedom. Writer Scott Wiper’s first mistake is trying to convince audiences of the plausibility of Ian’s last-man-standing reality show, asking us to believe that the F.B.I. would have any trouble tracking down the location of this “live snuff film” that eventually attracts more than 40 million web heads. More egregious are Wiper’s embarrassing attempts at social commentary. As the web show’s contestants—all tough men and women pulled from some of the world’s nastiest prisons—kill each other in a variety of gruesome fashions, usually by pulling the red tab on the explosive tracking device attached to their legs, the behind-the-scenes crew (which includes a techie played by the singularly irritating Rick Hoffman) begins to feel something close to remorse for their abject exploitation of human life. Though there is some interest in seeing how this big, lumbering animal of a film concludes, its self-seriousness is mind-boggling. As if its tin-ear dialogue and Euro-trashy, whooping-crane aesthetic weren’t insult enough (Wiper learned well from Michael Bay), The Condemned desperately shoehorns opinions about the War on Terror and the ethics of reality-show programming into its ridiculous storyline, making the implicit cultural scrutiny of Battle Royale stupefyingly obvious. Like the last crappy Saw movie, The Condemned strains to give the illusion of seriousness, hypocritically, almost schoolmarmishly, reprimanding us for relishing in the very smut it indulges. The film’s overriding impression is that of being lectured on the morality and fakery of reality television by Simon Cowell…or a WWE wrestler.