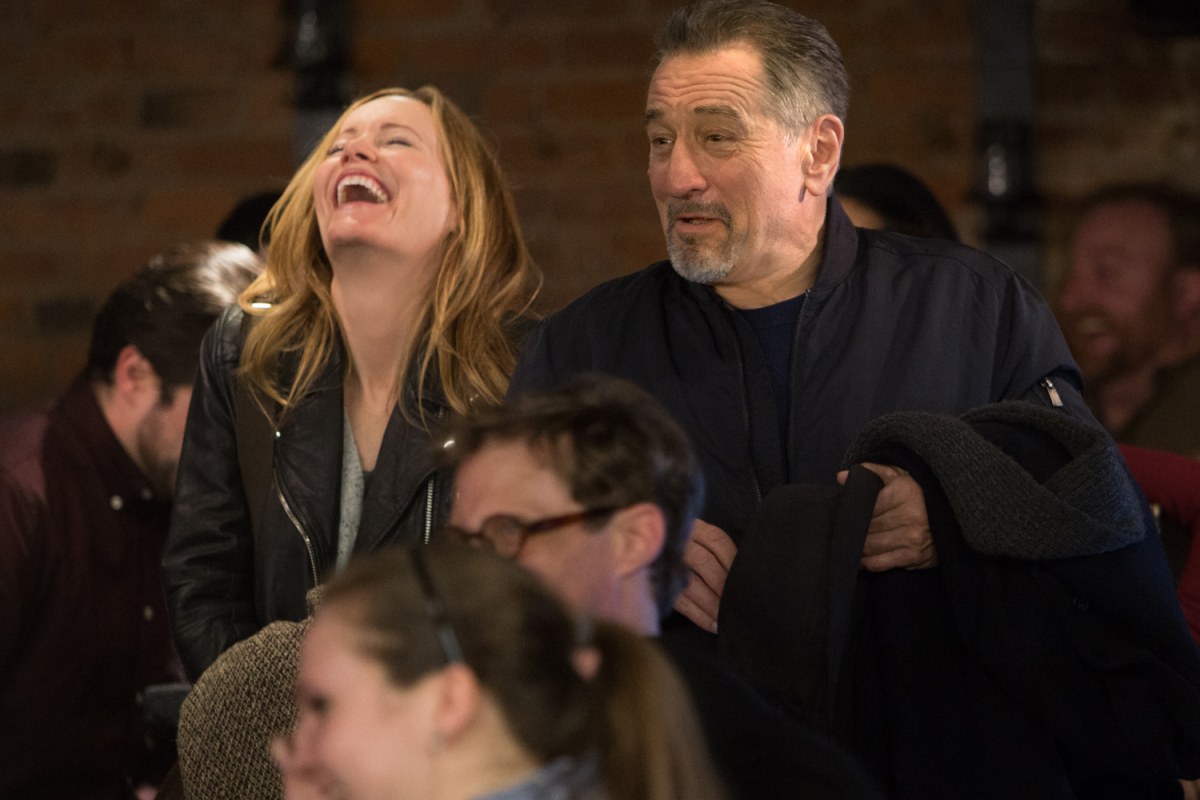 Somewhere around the year 2000, Robert De Niro’s appearance in a film stopped being a sign of promise and became a flashing yellow light. Every now and then he’s still part of an intriguingly complicated film like the ones he’s made with David O. Russell, who used the actor’s truculent skepticism to challenge Jennifer Lawrence’s screwball optimism and sheer life force in Joy and Silver Linings Playbook. More often than not, though, De Niro’s characters suggest 3D men in 2D universes, like the funnyman at the center of director Taylor Hackford’s flabby and formulaic The Comedian.

Jackie (De Niro), an insult comic best known for a crappy sitcom he starred in decades earlier and reduced to playing little clubs in uncool zip codes, would be on a fast track to nowhere if it weren’t for the fact that he continues to star in viral videos that boost his visibility and win him a whole new demographic. In scenes full of painfully unfunny shtick, he mooches off his brother (Danny DeVito), spars with his sister-in-law, Flo (Patti LuPone), and meets cute with the ironically named Harmony (Leslie Mann), a train wreck of a woman with nearly as much free-floating hostility as Jackie. She also has some major daddy issues, which she offers up, in a typically expository chunk of dialogue, to explain why she’s attracted to a man who’s old enough to be her father. Though their shared love of acting out also fuels a courtship that consists largely of doing things like getting thrown out of Jackie’s niece’s wedding while Harmony and Flo exchange full-throated fuck yous.

Jackie’s romance isn’t the only subplot or situation tainted by late-middle-aged male disgruntlement or wish-fulfillment. His Gary Winogrand photo and Art Blakey LP, and the formerly hip NYC locations he’s shown visiting, like Café Wha, all seem aimed at establishing his coolness points in unintentionally dated ways. So does the affectionate banter he aims at a lesbian comic (Jessica Kirson, playing herself) and his gay niece, whose wedding gives him an opportunity to prove how “edgy” and ultimately accepting he can be.

His compulsive insults are presented as a kind of authenticity, the camera cutting to “real” people in the room—the bailiffs in a courtroom, the waiters in a fancy restaurant, the CNAs in an assisted living facility—who can’t suppress their smiles as Jackie cuts loose with his sometimes scatological, often bullying jokes. Their approval is clearly meant to signal that he’s a heroic everyman truth-teller, not the colossal asshole he’s so strenuously impersonating. De Niro commits to Jackie’s unfunny jokes as ferociously as he did to Jake la Motta’s nightclub act in Raging Bull, leaving no doubt as to the fury and frustration that fuels this sadly unfulfilled man. But nearly everything else in this tin-eared comedy is as ersatz as Jackie’s rage is real.