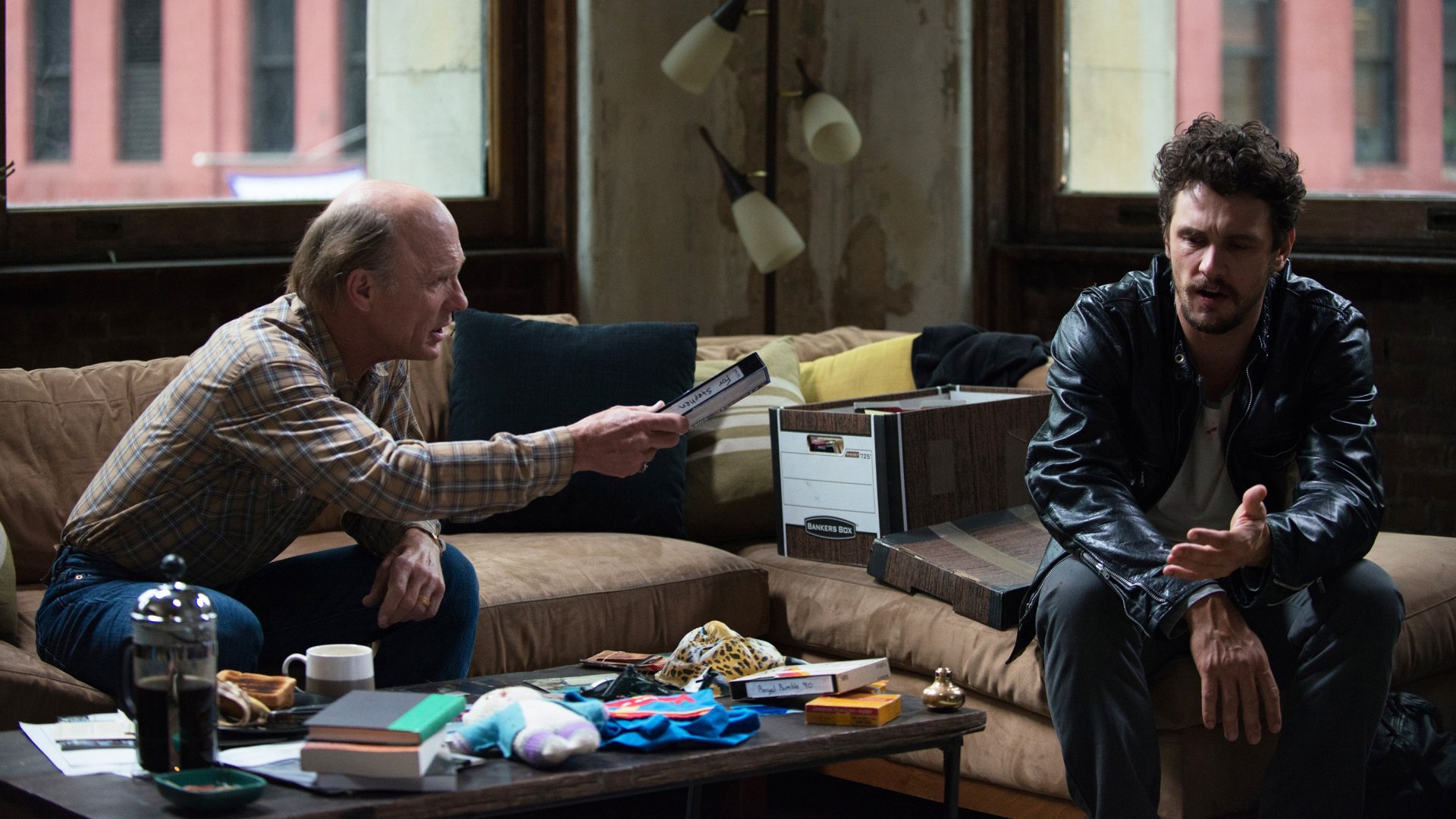 Shedding the ostensibly stoned drawl that’s trailed him through a variety of projects (This Is the End; Gia Coppola’s adaptation of his short story collection Palo Alto; the 2011 Oscars), James Franco portrays real-life author Stephen Elliott with renewed clarity in The Adderall Diaries. In writer-director Pamela Romanowsky’s rushed adaptation of Elliott’s 2009 nonfiction book, the writer is a hot commodity in New York media circles: Having published a successful memoir, he’s just starting to buckle under the weight of his ambitions. “Pages, pages,” Elliott’s editor (Cynthia Nixon) beckons, as the writer becomes blocked while working on a short story collection, flirts with writing a true-crime book, and rekindles a relationship with drugs and self-destructive tendencies.

A progression of ephemeral, slow-motion flashbacks make a tragedy and nightmare of Elliott’s family history, but the film slowly reveals these images to be half-truths. In his debut memoir, Stephen claimed that his father was dead, but Neil Elliott (Ed Harris) returns to his son’s life at a swanky Manhattan book reading, literally calling “bullshit” on him. A few soapy arguments between Neil and Stephen form the dramatic crux of The Adderall Diaries, which harps on the slipperiness of childhood memories, but the film is too busy skipping through subplots to do much more than gloss over such heady issues as the fundamental subjectivity of truth and self-identity.

Instead, the film devotes most of its resources to depicting the measures Elliott takes to avoid self-scrutiny. Ignoring his editor’s pleas for copy, Stephen develops an interest in the murder trial of Hans Reiser (Christian Slater), a wealthy computer programmer accused of murdering his wife and destroying his idyllic family. (Reiser’s trial took place in 2008 and is shuffled to the present day. The film, which also alters the title for Elliott’s breakout memoir, sews a fair amount of epistemological confusion in its efforts to seem current.) In the courtroom, Elliott meets and subsequently seduces a young New York Times reporter (Amber Heard). After a few romantic motorcycle rides, the writer gradually introduces her to his dark side: an appetite for booze, crushed pills, and BDSM. Under pressure from the content farm and Neil’s vampiric presence, Elliott crumbles into a tortured diffidence, seeking out sensation in neon-tinted bars and from call girls willing to punish him.

All of this sensational masochism has a point: As Neil creeps back into Elliott’s life, the author struggles to reconcile perception with reality, and uses immediate pain as a means of avoiding his past. But the film’s major flaw is to only care about fraught personal narratives insofar as they pertain to monstrous father figures and their damaged offspring; adding a patina of Rashomon-style uncertainty to the proceedings doesn’t help to make the vagaries of these flawed characters any less tiring.

As a string of one-dimensional supporting characters bear witness to Elliott’s existential tailspin, the bland machinery of the addiction parable slowly consumes the proceedings, diminishing the film’s ambitious attempt to convey broad ideas about truth through an aggregation of skimpy subplots. The Adderall Diaries’s pervasive flashbacks to childhood abuse and misbehavior come to feel both manipulative and unnecessary, doing too much to relieve Harris and Franco of the burden of portraying characters who realize they’ve misinterpreted their own pasts. (In its final minutes, the film even has Elliott type out its tidy moral declarations on screen.) It’s an odd instance of a film showing too much, and saying too little.

Review: An Eye for Beauty