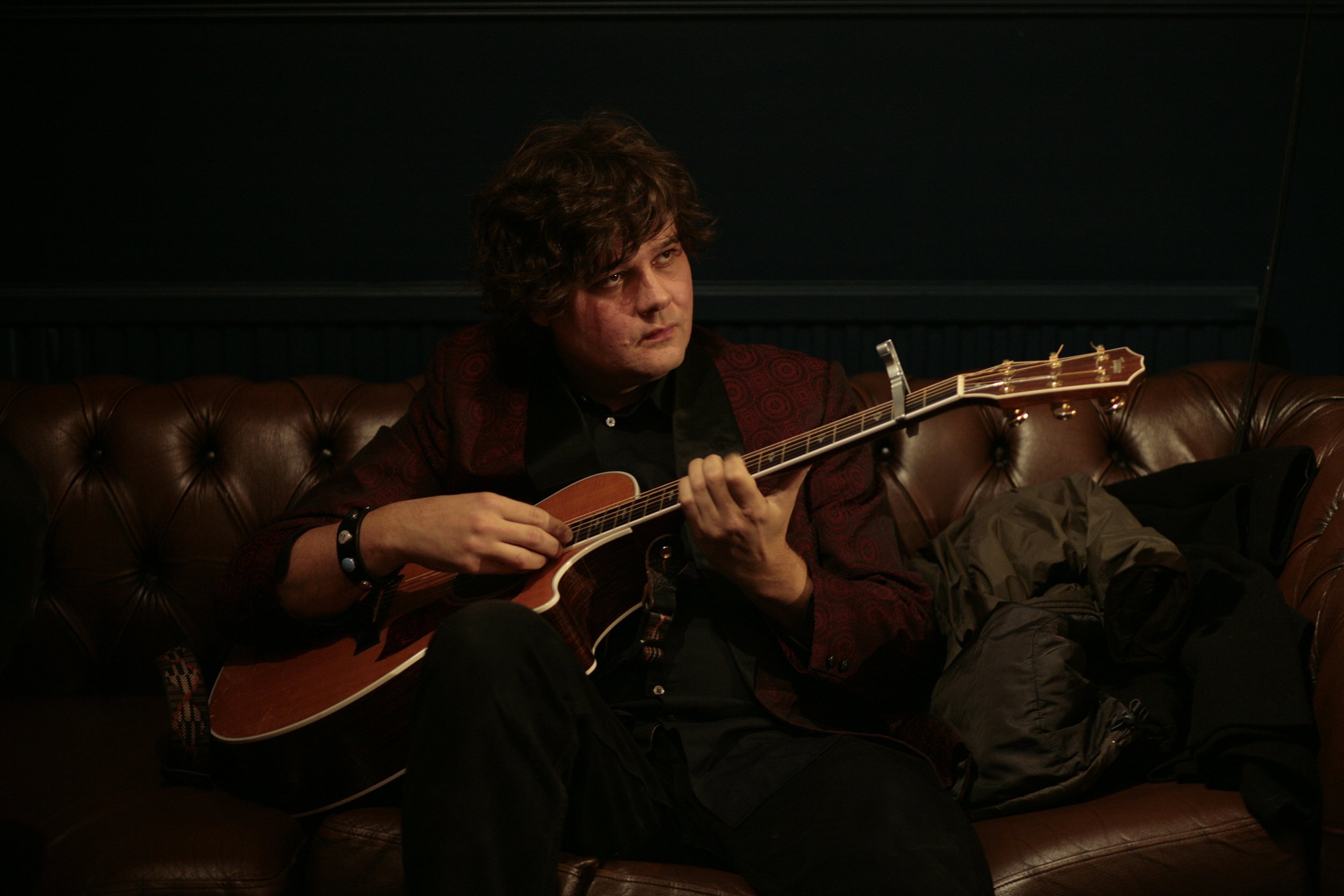 With his shaggy, unkempt hair and the blue-black circles under his heavy-lidded eyes, Ron Sexsmith projects a hangdog image throughout Love Shines, director Douglas Arrowsmith’s chronicle of the singer-songwriter’s bumpy career arc. Though he is at turns candid and insightful when addressing Arrowsmith’s camera directly, Sexsmith simply comes across as deeply sad here, and, rather than casting him as an underdog in the youth- and image-driven music industry, that gloom just makes Love Shines a dire ordeal.

The recording of Sexsmith’s latest album, the workmanlike and pleasant Long Player Late Bloomer, serves as a loose framing device for the film, and, in an interview prior to its release, Sexsmith described the album’s relatively upbeat tone as the “action movie” to the “Lars von Trier films” of his earlier work. Love Shines may not be as punishing as Dogville, but it’s a long way from Scott Pilgrim vs. the World.

The problem isn’t necessarily Sexsmith. Though the narrative of his career is familiar (if nothing else, it’s the stuff of a decent Behind the Music or VH1 Storytellers episode), the period from the recording through the release of Long Player Late Bloomer has sufficiently high stakes for Sexsmith and his family to create real dramatic tension. Easily the most revealing moment in the film comes from Sexsmith’s wife, Colleen Hixenbaugh, as she shares how moved she and her husband were when a friend gave Sexsmith a piano for his 40th birthday, since he tends to write his songs on the instrument but couldn’t afford one of his own. She and Sexsmith both speak of the fact that, despite having nearly a dozen well-regarded albums and a couple of high-profile Juno Awards to his credit, Sexsmith gets by on what many would consider meager means. So when Sexsmith weighs the idea of hanging up his guitar for a while if Long Player Late Bloomer doesn’t yield a radio hit, there’s actual gravity to that consideration.

That may not make for a revolutionary story by any means, but following through on that arc could still make for a compelling film. So, too, would delving further into the nearly crippling stage fright and panic that Sexsmith developed later into his career, or exploring the disconnect between the heaping praise that the film’s series of rock-cred talking heads (including Steve Earle, Leslie Feist, and Elvis Costello) offer as testament to his genius and the lingering impression that Sexsmith gives that he just doesn’t believe he’s anything particularly special.

But Arrowsmith doesn’t take any of those approaches. The recording of Long Player Late Bloomer serves only as an ineffective framing device, closing with a couple of title cards that tell of how the record was deemed too “indie” by a major label and too “mainstream” by an independent label before eventually finding smaller labels for distribution. Whatever stakes there may have been to the album’s success are undercut by this abrupt end to the film. And rather than exploring any of Sexsmith’s insecurities or anxieties in any depth, those issues are merely touched on in passing, with the bulk of the film’s runtime devoted instead to archival touring footage from the mid aughts and interview after interview with collaborators eager to pontificate about Sexsmith’s genius.

It isn’t that Sexsmith’s work isn’t worthy of the praise, and the film certainly includes enough of his music to showcase the effortless purity of the melodies he writes and the uncommon sensitivity of his singing voice. But Love Shines repeatedly makes the point that Sexsmith is an artist with a small, devoted cult following, which raises questions about Arrowsmith’s decision to make “Ron Sexsmith is amazing!” his film’s thesis. The majority of those who would seek out a documentary on Ron Sexsmith are, more likely than not, already members of that small, devoted cult following. However well-intentioned Arrowsmith and all of Sexsmith’s family and collaborators may have been, since the film plays less like a proper documentary than a hagiography for Sexsmith, Love Shines only succeeds in preaching to its choir.

Love Shines will play on March 15 and 16 as part of this year’s SWSW.