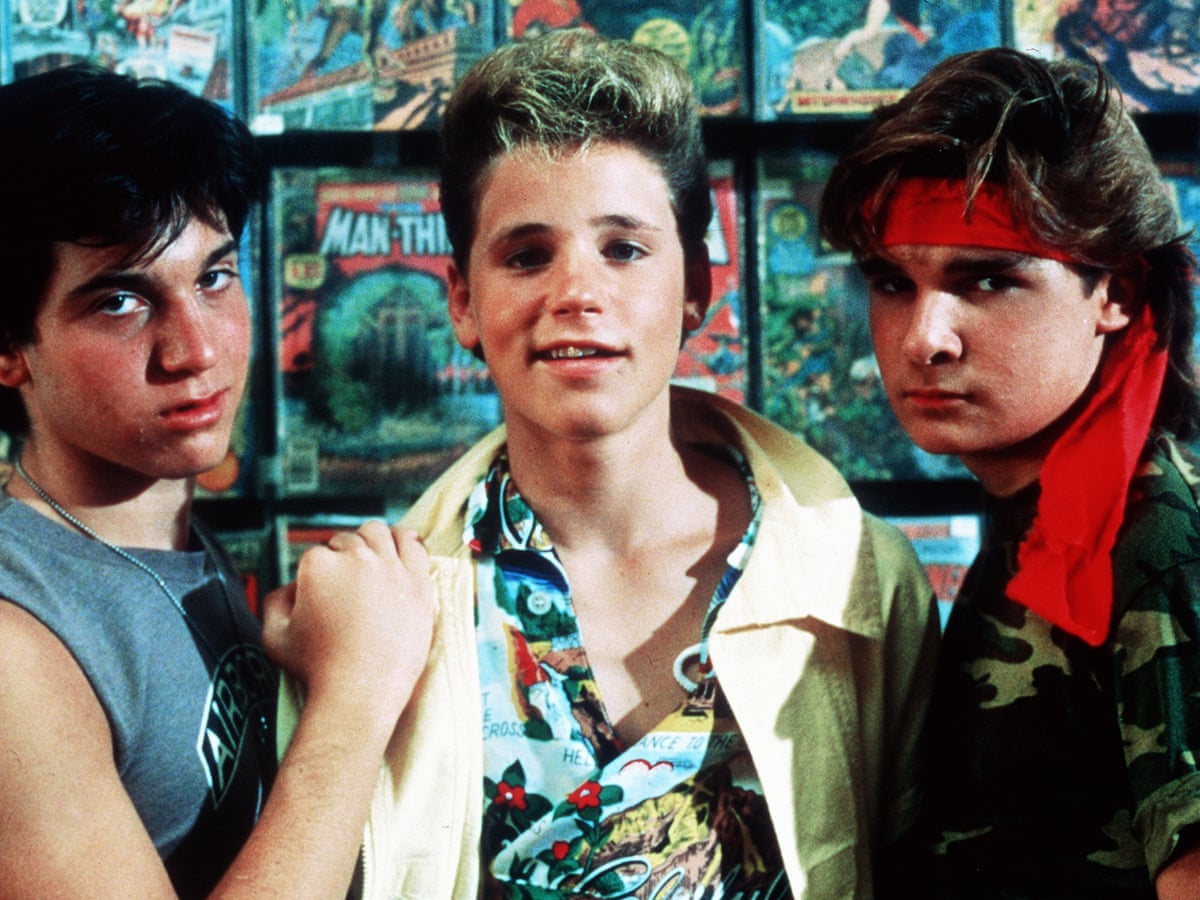 Joel Schumacher’s The Lost Boys is overflowing with memorable images, from the splashes of smoky red light filling up the frames to its vivid depiction of an emerging punk youth. But one particular sight has stayed with me ever since I watched the film at an entirely too-young age. It occurs during the bonfire feeding roughly halfway through the film. Until this point, violence has only been implied, which lends more potency to visible dismemberment. Amid the orgy of death and futile struggle, a single ephemeral vision: One of the vampires sinks its teeth into a man’s bald head, causing blood to splash out like champagne.

The savage penetration throughout the scene is a raw rebuke of the age-old vampire legend. It deliberately eschews the traditional scenario, which usually sees some variation of a patient, soft-spoken vampire luring his victim into complacency before calmly biting her neck without her ever realizing. Rather, this is about something else. It’s messy. Painful. Unhinged. To see it now through a retrospective lens helps to better grasp how the film’s defining sensibilities elicited such a strong response in 1987. David (Kiefer Sutherland) and his vampire clan didn’t do things the old-fashioned way. “Sleep all day. Party all night. Never grow old. Never die. It’s fun to be a vampire,” the film’s rather perfect slogan read. They were here to bring down the old establishment and corrupt your children. And whether or not audiences consciously grasped these themes at the time, they connected with the material.

The opening shot of The Lost Boys glides over a moonlit ocean to the synth rhythms of Gerard McMann’s “Cry Little Sister.” The now-famous descending chorus (“Thou shalt not fall…”) plays over the reveal of an amusement park where David and his followers lurk among the carousel of artificial light and sound. The amusement park becomes a centerpiece of the film—a symbol of a world drowning in commercial pleasure as it decays from within. It is the focal point of a fictional California town called Santa Cruz, the “murder capital of the world,” according to graffiti on the back of a billboard. Our proxies to this world are a would-be rebel, Michael (Jason Patric) and his younger brother Sam (Corey Haim). After the divorce of their parents, Michael and Sam are displaced to Santa Cruz, where they spend nights wandering about the amusement park. Here Michael encounters David and his brethren after making eyes at David’s girl. And before long he is motorcycle racing near cliff-tops and hanging off railroad bridges.

The best moments of The Lost Boys involve the tense relationship between Michael and David. Schumacher renders Michael’s seduction and journey toward vampiredom in overtly expressionistic tones. For example, the scene immediately following Michael’s initiation—featuring slow-motion images of the lost boys dancing about the fire-lit lair, overlaid with images of David’s demonic smile and set to another rendition of “Cry Little Sister”—plays more like a conceptual music video than a feat of storytelling. Dreamy, evocative moments like these are a trademark of the film’s style and set it apart from the scads of pop-vampire renderings spawned by its popularity.

The Michael-David thread is just one of several The Lost Boys opens up in its compact 97 minutes. Another involves Michael’s mother (Dianne Wiest) rediscovery of dating, while the other major plotline has Sam enlisting two comic book aficionados—the Frog brothers (Jamison Newlander and Corey Feldman)—to assist in hunting down the vampires. The Frog brothers exist mostly to counteract some of film’s darker energy, but I have to admit that I still get a giddy smile seeing the Goonies-esque assembling of heroes as they booby-trap the house in preparation for the final showdown. In general, though, while neither of the sub-threads is nearly as compelling as Michael’s narrative, they each play an important part in the film’s simple yet simultaneously ambitious re-appropriation of vampire legends.

As it moves toward its conclusion, The Lost Boys somewhat loses its balance and begins to falter. The dark and the scary simply aren’t as dark and scary anymore, and the light and funny aren’t quite as light and funny. Which is unfortunate, since the confrontation at the end of the film should really be the best stuff. Instead most of it comes across as rushed. Having said that, these flaws fail to compromise what ultimately amounts to a mostly-genius melding of tight storytelling with intense undertones of generational angst. Silly as some of the final scenes may be, the revelation that Max (Edward Herrmann) is in fact the Head Vampire converges the film’s underlying preoccupation with the notion of society on the threshold of disarray. That the “Lost Boys” are not really lost at all, but instead products of a more sinister patriarch purporting to stand for discipline and values is a virtuoso touch that proves the movie is smarter than it initially lets on.

Twenty-five years later, it’s easier to appreciate the film’s radical re-appropriation of vampire legend. But more important than it being the first teen vampire movie is the fact that The Lost Boys ushered in an age in which legends of storytelling’s past could be reinvented to the standards of pop culture’s rampant consumption of them. Schumacher gets a lot of laughs out of the Frog brothers fancying themselves as vampire specialists, yet their fever-love and encyclopedic love of comic books represents an important trend in American film. It is one of the first pieces of self-aware pop cinema, in which characters grew up influenced by the new world of commercial consumption that defined the post-Nixon, post-Vietnam years. Though the most important achievement of The Lost Boys is how it channels through these prisms the misguided anxiety and resentment that older generations harbored for a generation whose boys and girls were only lost because they were abandoned.