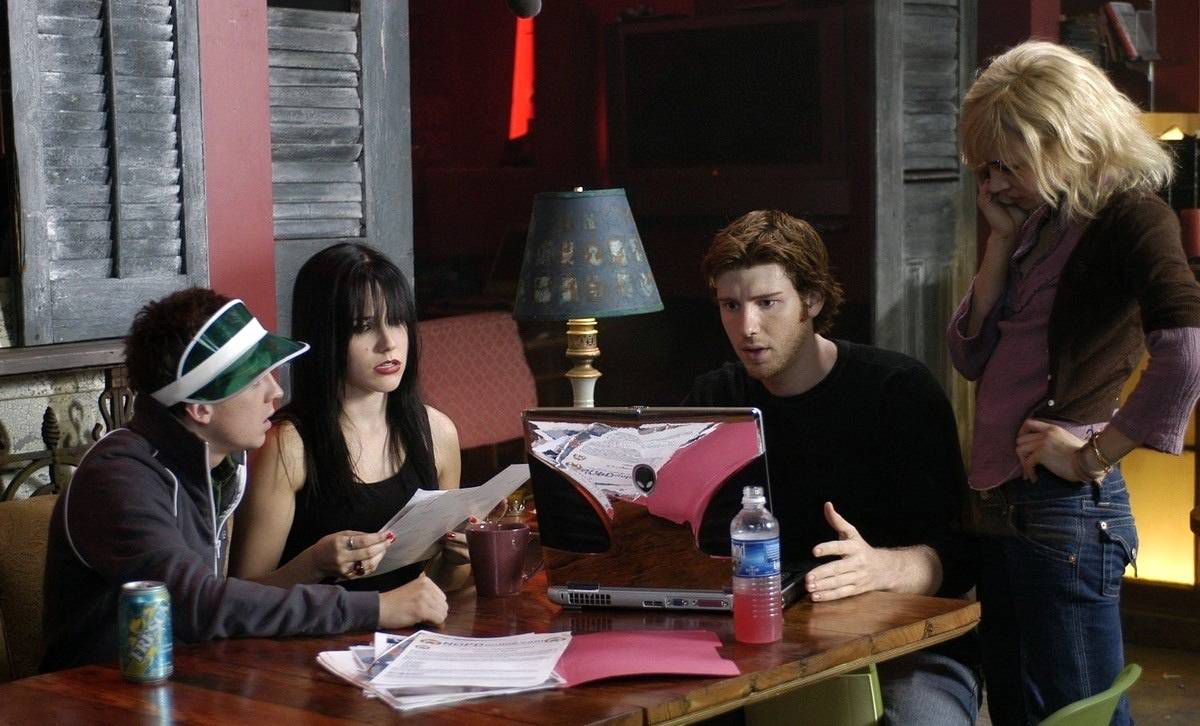 For a film that flaunts Alienware gaming PCs and has people casually drop references to G4 TV and Fatal Frame, it’s amazing how little Stay Alive actually knows about the video-game culture in which its terror-lite tale is set. Envisioning a fantasy world where hunks and hotties team up on weekends with goths, dorks, wiseasses, and adult professionals to play online survival horror titles in living rooms equipped with multiple flat-screen monitors, William Brent Bell’s contribution to the increasingly-moribund slasher genre involves the titular interactive ghost story, which kills its real-life players in the exact same manner as their polygonal avatars. Still in the beta testing phase—meaning it’s “barely legal” (ooh, how dangerous!)—“Stay Alive” is haunted by the spirit of a crazy New Orleans countess who, back in the day, slaughtered scores of boarding school kids, and now believes that the best victims are those with dual-shock controllers in hand. Given the cast of losers on display, she seems to be correct. Even with wacko names like Hutch, Fidget, Swink, and October, Bell’s protagonists exhibit less personality than their oft-seen digitally rendered counterparts, though there’s eye-rolling amusement to be had watching Frankie Muniz valiantly try to maintain his last shred of dignity while wearing an upside-down, cockeyed visor and rambling on about “perceptive reality.” Inadvertent comedy is what Stay Alive mostly has to offer, from crazy-mouthed hipster-doofus Phineus (Jimmi Simpson) uttering things like “Sweet Sebastian Bach, I wanna play!” to the film’s pathetic theft of The Ring’s little-dead-girl imagery. And yet there’s nonetheless something infuriatingly cheap about how Bell and co-screenwriter Matthew Peterman construct their scenario, circumnavigating the most obvious solution to their heroes’ dilemma—which would be to stop playing!—by just ignoring, during the latter half, the prescribed ground rules they established during the first half. Oh, and then they resurrect Muniz’s weirdo without so much as an explanation. Prepare to feel cheated.