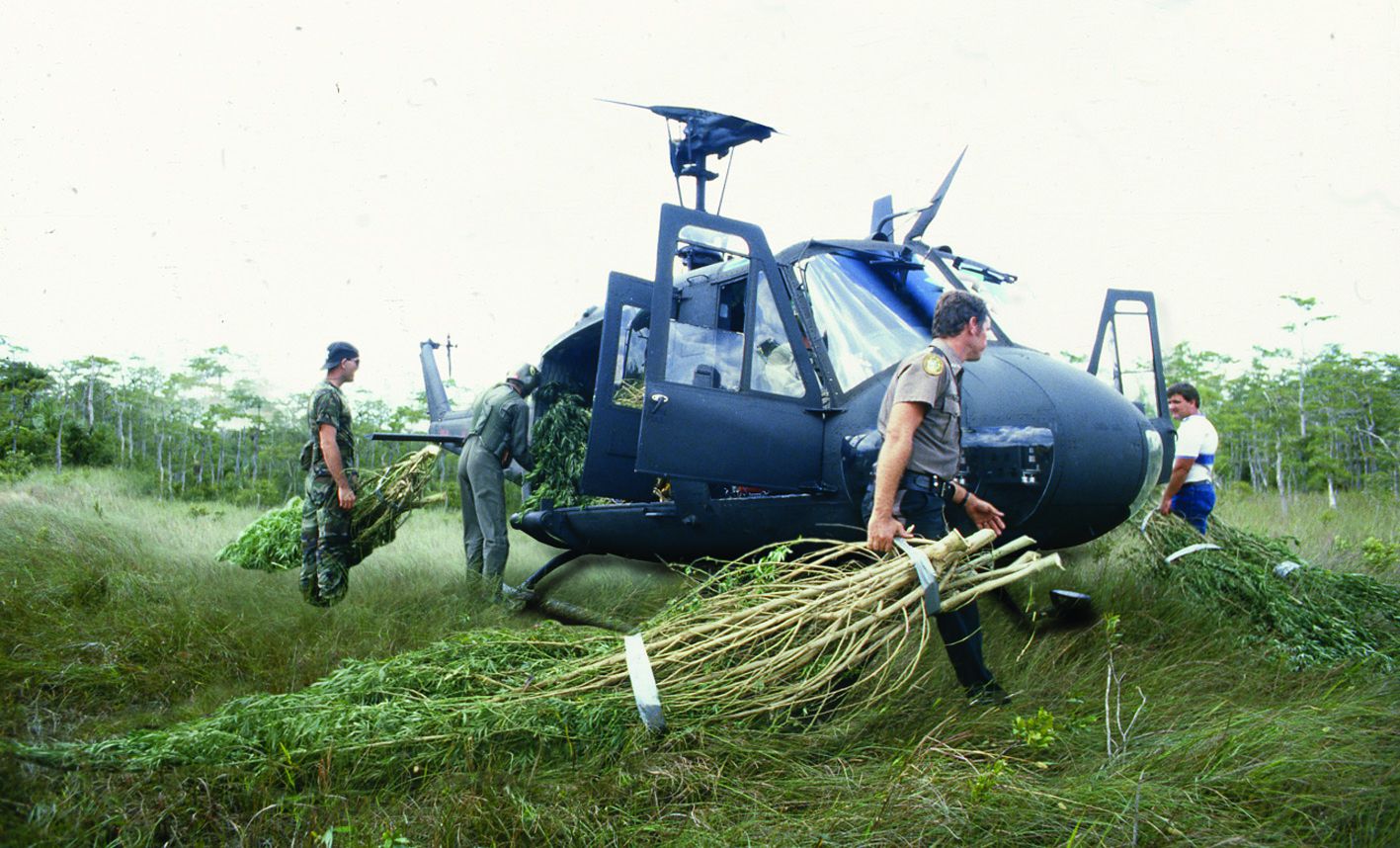 Documentarian Billy Corben revisits Florida’s narcotics-smuggling history with Square Grouper, the marijuana flipside to his superior Cocaine Cowboys. The film’s title refers to the bales of pot that were thrown overboard and out of airplanes into the ocean, and made more than a few coastal communities boatloads of cash in the ‘70s and ‘80s before the feds invariably intervened. Divided into three separate, unrelated stories, Corben’s trifurcated structure denies any larger sense of the marijuana importing business’s overarching magnitude. Just as problematic, however, is that his sleepy style, attempting to replicate the laidback chillness of ganja in a manner similar to Cocaine Cowboys’s frenzied high-wire verve, is not only enervating and calls undue attention to the general dullness of his tales, but succumbs to photo album-nostalgic romanticism that never seems justified by the material at hand. Square Grouper rarely challenges its various criminals’ conceptions of themselves as, respectively, pacifist true-believers, working-class average Joes just struggling to subsist, or victims of a cruel and devious justice system. Consequently, the proceedings are often defined by whining and weak self-justifications that fail to overshadow the fact that, regardless of one’s own stance on the issue of marijuana legalization, its subjects have no one to blame for their persecution—and ensuing personal/financial troubles—but themselves.

Corben’s prior film was similarly infatuated with sleazy crooks, but whereas that effort had an electrified aesthetic charge as well as truly wild characters and anecdotes to share, his latest boasts little intoxicating energy or compelling drama. Of its segments, the strongest is the opening chapter about the morally conservative Ethiopian Zion Coptic Church, which—after coming to rule much of Jamaica—set up a satellite operation on Florida’s Star Island, and which was driven not simply by greed but also a pro-pot ideology promoted by chief spokesman Brother Louv, who in numerous TV interviews preaches about how marijuana’s benefits were first championed by God and George Washington.

That fascinating intersection between commerce, drugs, and religious orthodoxy, however, is barely examined, not to mention wholly absent in Square Grouper’s subsequent episodes. Pennsylvania-transplant smugglers the Black Tuna Gang unconvincingly cry foul over the government supposedly framing them for both an assassination attempt on a judge and witness tampering, while most, if not all, of Everglades City’s lawbreakers fondly reminisce about the fruits of their illicit labor—fast cars, big houses, and endless toys (including one girl’s 100 Cabbage Patch Kid dolls)—before bemoaning the efforts of party-pooper reporters and DEA agents. The result of this uncritical portrait is confirmation that few things kill a buzz as severely as unwarranted self-pity.