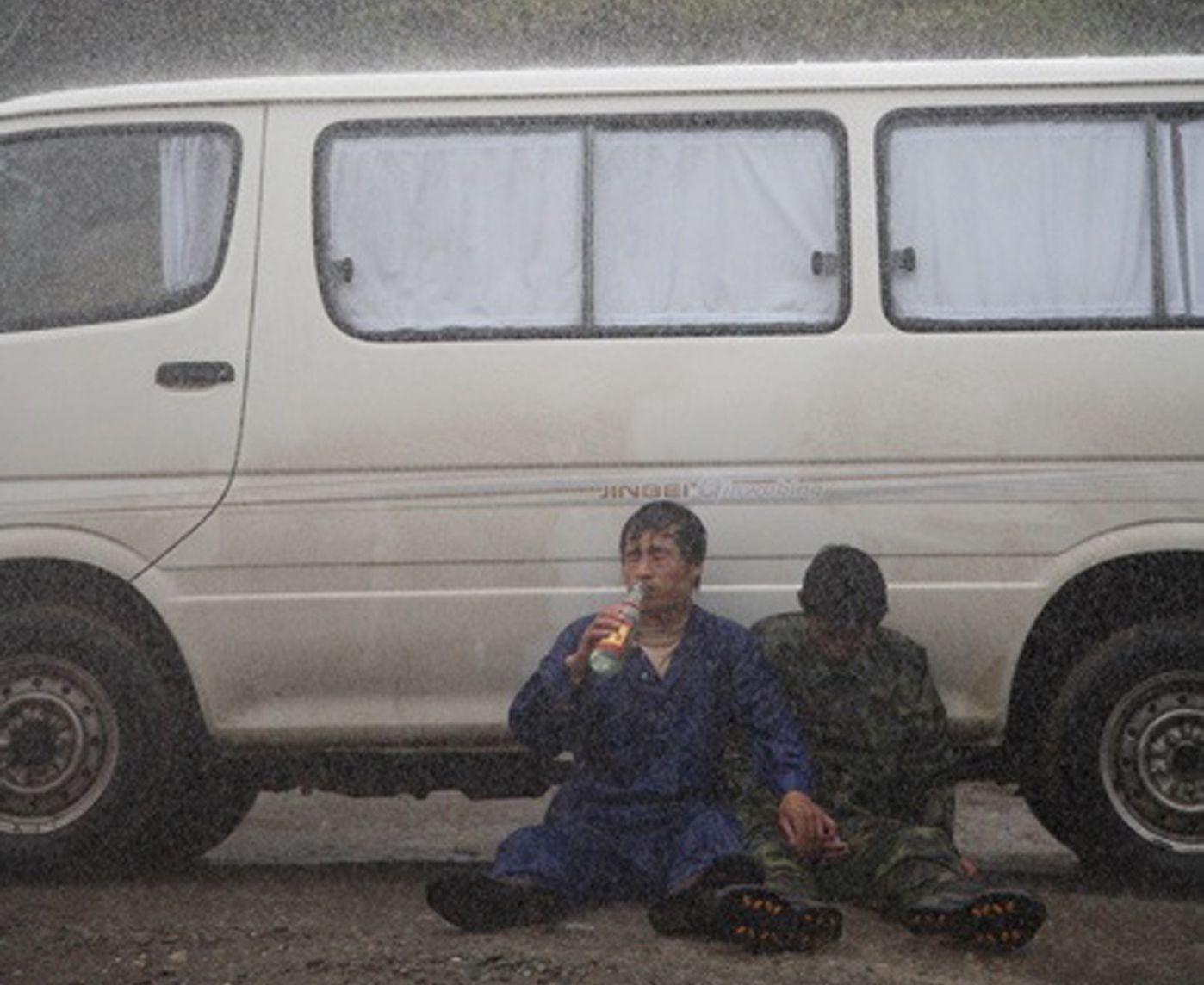 For his debut feature Soul Carriage, U.K.-born director Conrad Clark not only sets his story in China, but assumes some of the stylistic and narrative hallmarks that have come to dominate that country’s contemporary cinema: unhurried camerawork, the use of nonprofessional actors, a focus on a solitary male protagonist, and a fascination with the dynamic between the modern and traditional. Clark, however, doesn’t mean to flatter through imitation but, rather, to capture the dialectic between man and his environment as well as China’s urban futurism and rural stasis, all via the story of a lowly Shanghai construction worker named Xinren (Yang Feng Jun) who—after failing to secure money for birthday beers from his boss—is instead tasked with transporting the body of a dead worker to the man’s family. The boss’s insensitive procurement of a fake death certificate for the deceased speaks to the callousness that underlies China’s rapid industrialization. Yet Soul Carriage isn’t a diatribe against metropolitan progress, as evidenced by its less-than-flattering portrait of rural provinces, places where dingy fields are pockmarked by tacky, rundown bars and dilapidated homes that are slowly being replaced by new, red-bricked buildings. Xinren’s attempts to find the dead man’s relatives prove increasingly vexing, as he interrupts a wedding, locates acquaintances who want no part of the corpse, and finally finds himself conversing (and drinking rice wine with) his inanimate comrade. These repeated setbacks often play out with a mundane realism that’s enervating. Nonetheless, they also endow the drama with affecting harshness and isolation, though it’s the subtly rendered bond between the frustrated, fuming protagonist and his surroundings—whether it be the towering apartment complexes and glowing edifices of the city, or the grungy transitional structures of the countryside—that lingers thanks to Clark’s magnetic representation of the landscape’s mutating textures. The film’s title is a literal translation of the Chinese term for “hearse,” and it’s a fitting moniker for a take about a regressive journey from present to past, a quest to rediscover roots, that ends on a note that seems to imply that the health of this evolving nation’s soul may, in fact, be devolving.